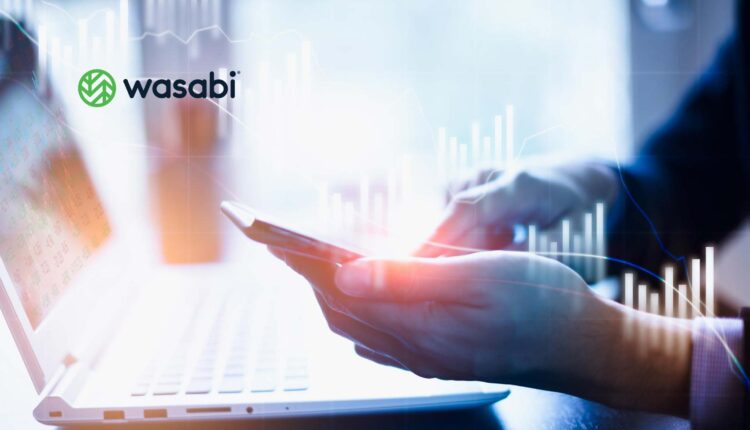 Nate, the IT Hero Serves as the Face of the Campaign and Urges Cloud Migration “Before It’s Too Late”

Wasabi, the hot cloud storage company, launched a digital campaign (#MigrateWithNate) featuring, ‘Nate,’ the every-person IT pro with a critical message directed squarely at businesses: “Enterprises need to move their data to the cloud in the next five years or they are going to lose their competitive advantage.”

Wasabi worked with digital marketing firm Walk West for the marketing campaign, along with viral content creator Penn Holderness of The Holderness Family, who served as creative lead. The campaign is squarely aimed at elevating the profile of IT professionals who are in charge of making IT decisions, while singing the praises of cloud storage.

The centerpiece is a three minute music video for a power-ballad co-composed by David Friend, Wasabi’s CEO and long-time pioneer in the music industry. In the song, Nate highlights IT workers’ sometimes thankless yet always business-critical “everyday heroics” with their company’s prized data through lyrics that give his boss a clear call to action: “Listen to Nate, it’s time to migrate” to the cloud.

In helping to compose the song, Friend tapped his unique expertise — the six-time tech CEO studied composition at Yale with a double degree in Music and Engineering and started a company, ARP Instruments, whose synthesizers powered famous tracks from beloved artists such as Stevie Wonder, The Who, George Harrison and Led Zeppelin.

The reality is that only a small percentage of companies have moved to the cloud while the majority continues to struggle with the harsh realities of on-premise storage. One of the barriers of moving to the cloud is skepticism and cost, but as Nate advises his boss, “We need to move our data to Wasabi cause we’re out of space unless we move into the lobby.”

“Nate represents the many IT department leaders and decision makers who are struggling to keep all company data accessible and secure while dealing with on-prem storage,” said Friend. “But as the global economy and disruption from the current environment has forced more organizations to accelerate their cloud implementation strategies and as they look to cut costs and increase efficiencies, as Nate says, ‘You’re not going to set your business up for success unless you move your data to the cloud.’”

Luckily, for IT directors and heads of organizations looking to save money and store data securely, Wasabi has a disruptively predictable pricing model that is 1/5th the cost of legacy cloud storage offerings with no fees for egress or API requests.

The demand for storage, and cloud storage in particular, is exploding and growth in storage will speed up even more with the introduction of 5G networks. With all that bandwidth, there’s going to be a lot more data generated and collected and a lot more headaches for the Nates of the IT world if data isn’t migrated to the cloud. Don’t give IT departments a headache or trap them in overheated server rooms.