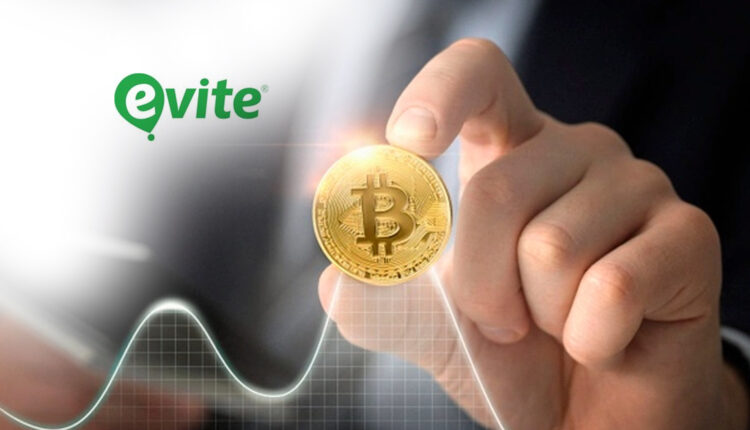 Evite continues to modernize its suite of gifting capabilities with the addition of seamless cryptocurrency gifting, through a partnership with Ember Fund

Evite, the world’s leading digital invitation service, is pleased to announce a partnership with Ember Fund, an investment management platform, to offer Cryptocurrency gifting as part of Evite’s expanded in-platform gifting suite. The integration will allow any consumer to send Bitcoin and cryptocurrency with a few clicks from the Evite platform, creating streamlined opportunities for non-traditional gifting. Built for ease of use for both experienced and novice cryptocurrency owners, Evite and Ember Fund embarked on this partnership to create an intuitive user experience that ultimately leads consumers to the Ember Fund app to claim and monitor their crypto over time.

“Since its inception, Evite has been the frontrunner in digital invitation innovation having enabled over three billion unique face-to-face connections and reaching more than 100 million users annually. Initially, Evite provided an easy way to send invitations to celebrate life’s most joyful moments, now we’re taking that a step further by curating a gifting suite that offers guests an opportunity to commemorate those gatherings in a unique way. With the integration of Ember and cryptocurrency we’re excited to introduce another innovative yet seamless offering for all consumers,” says Jason Woo, President of Evite.

Prior to the partnership with Ember Fund, Evite offered customers gifting opportunities via online retailers, such as Amazon, as well as an extensive market of virtual gift card options. With the integration of cryptocurrency gifting, Evite takes the next step in continuing to modernize the gifting experience by adding trend-forward, first-in-class offerings.

“We’re thrilled to be partnering with Evite to bring the exciting world of Bitcoin and cryptocurrency to new users. Since the establishment of Bitcoin, many consumers have been hesitant to invest, but we feel this partnership with Evite and the simplicity of our platform will create an approachable opportunity to bring new investors into the fold,” says Alex Wang Co-Founder & CEO of Ember Fund.

In recent months, Evite has seen a resurgence in event creations and record-high ‘yes’ RSVPs as people across the country return to in-person celebrations. Annually, more than three million customers leverage Evite’s gifting suite to commemorate celebrations through a variety of its functions including registries, gift lists or donations. As we head into a gifting and gathering-heavy holiday season, the partnership with Ember Fund comes at the perfect time for Evite users to leverage this capability to gift for friends, family and event hosts.

Mcity Launched as a SocialFi Project Bringing Metaverse into…