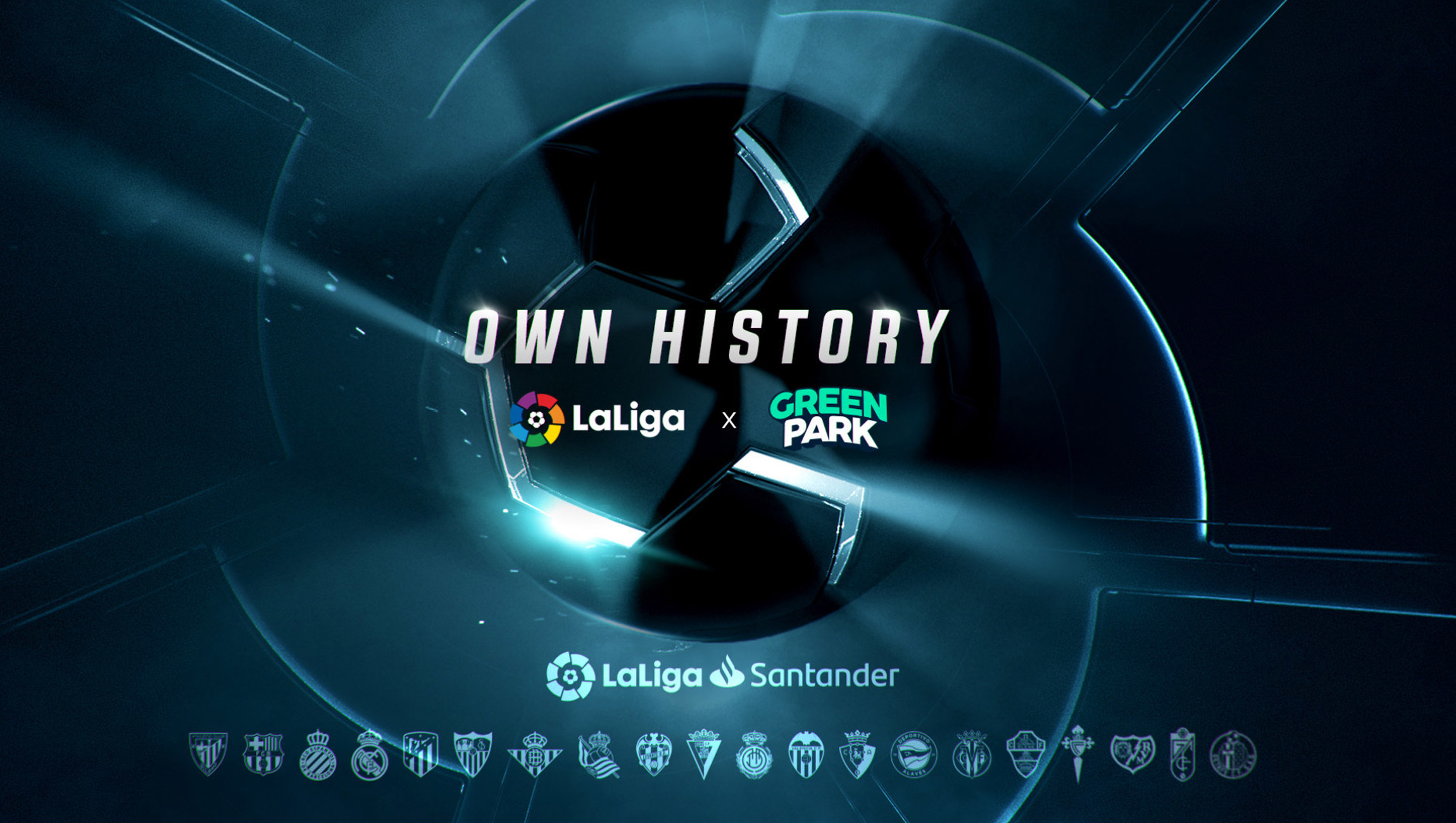 GreenPark Sports, the immersive community platform for sports and esports fans, and LaLiga, the world-renowned Spanish football league, today announced an expansion of their multi-year licensing partnership to include in-game NFTs featuring a special NFT collection of Matchday Jerseys.

In the coming weeks, GreenPark will launch an inaugural collection of Matchday jerseys, allowing fans to collect their favorite team and player jerseys from specific games to commemorate some of the greatest match-ups and performances. Fans will have the opportunity to purchase football lockers, inside which they will find a collection of player kits from that match day. The first drop will be available on NFT.greenparksports.com and GreenPark will integrate the digital collectibles into its app later this year.

As a part of this extension, GreenPark plans to expand LaLiga World alongside other partnerships outside of the United States and Canada, as the company reaches some of the largest fan bases in the world.

LaLiga first debuted in GreenPark in August 2021. Designed to engage next-generation soccer fans, the virtual fan-world allows players to select any of LaLiga Santander teams and prove their fan passion through various challenges and minigames. The platform also features the likeness of some of the most skilled players in LaLiga Santander.

Within the app, fans can visit and play in multiple fan universes, including Major League Soccer (MLS), League of Legends Championship Series (LCS), and the National Basketball Association (NBA), in addition to LaLiga.

“We are excited to bring first-of-its-kind digital collectibles and in-game utility to LaLiga fans worldwide,” says GreenPark co-founder and CEO Ken Martin. “For more than a century, fans have proudly worn the jerseys representing their favorite clubs and players IRL to celebrate their fandom. Giving the next generation of social sports fans a reimagined way to digitally collect these and wear them into a virtual world built for sport is the next evolution of fandom. We can’t wait to show you the experiences they’ll unlock across GreenPark.”

“As one of the leading sports brands in the world, we continuously explore all the unique avenues to connect and engage with our fans globally. With this new licensing partnership with GreenPark, we are going to give our fans the experience to live LaLiga and be part of GreenPark’s metaverse through a special NFT collection of Matchday Jerseys,” says Oscar Mayo, Executive Director at LaLiga.

GreenPark brings fans together to connect, compete and celebrate in a virtual world augmented by live gameplay data. Launching early-access in 2021, the free to play experience allows fans to engage with their favorite sports, teams and athletes. GreenPark is currently in Early Access and available for download on iOS in the App Store and Android in the Google Play and Samsung Stores.

Orderinbox Launches Its Game-Changing Social NFT Marketplace For the Metaverse