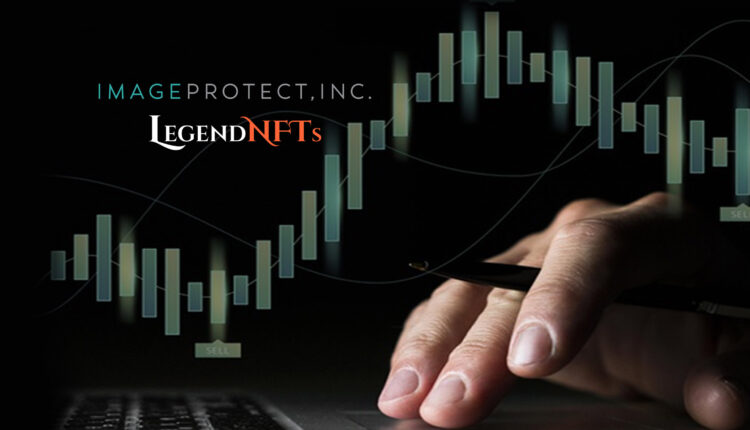 Image Protect Inc.  (“Image Protect”, “IMTL”, or the “Company”), an emerging Media Company, is pleased to announce the official launch of Its Celebrity NFT site as the market continues to boom with NFT offerings from some of the biggest brands in the world.

The site was developed under IMTL’s stock photo site Fotofy in Beta phase and is now a fully operational Marketplace as LegendNFTs with unique high-value celebrity-based offerings, including its recently announced Idris Erba collection.

An NFT is a crypto asset, representing an intangible digital item such as an image, video, or in-game item. Owners of NFTs are recorded on blockchain, allowing an NFT to be traded as a stand-in for the digital asset it represents.

The NFT market has surged to new highs in the second quarter, with $2.5 billion in sales so far this year, up from just $13.7 million in the first half of 2020, marketplace data shows. Sales volumes have remained high after NFTs exploded in popularity early this year. Monthly sales volumes on OpenSea (https://opensea.io), a major NFT marketplace which is also hosting select NFTs from IMTL’s Legends endeavor and reached a record high in June.

IMTL is currently in discussions with several ideal NFT partnership opportunities which will have IMTL earning a royalty from primary sales of assets on the LegendNFTs Marketplace and has already finalized deals with rapper Jim Jones and Toronto based celebrity photographer Gabriel Di Sante to name a few.

Image Protect retained Green Light Digital, https://greenlight.digital/ on behalf of LegendsNFTs.io as its vendor of choice to build the infrastructure and the Blockchain, along with the Website and operating the actual NFT auction integrated with Open Sea Platform.

Dennis Lewis, an industry leading Blockchain expert, and president of Green Light Digital stated, “This is a burgeoning marketplace, and we are extremely excited about the launch and the continuing onboarding of new, unique, high-value celebrity assets.”

He continues, “All of our collections will offer one-of-a-kind swag bags bulging with eye-popping incentives for the winners of each auction including, for instance, a ringside seat to a major fight at a large venue, a personal appearance at a Fashion Photo shoot in NYC at the esteem ‘Fashion Week” a Celebrity fashion shoot, and a wild night of partying in a Beverly Hills party house Mansion of the stars, and a pair of boxing gloves signed by Floyd Mayweather himself, with a training session from a top trainer like no other session you have ever had,” exclaims Adams. “This is just the beginning of what our seasoned team agrees will be a thriving contender in the NFT space as the market continues to expand and evolve.”

“This is all part of the reconstruction of the Company and much thought and effort has gone into the Platform. We feel it will interact with our OTT and Microcap media services divisions in development toward our becoming an industry leading media company serving niche markets in a highly impactful manner.”