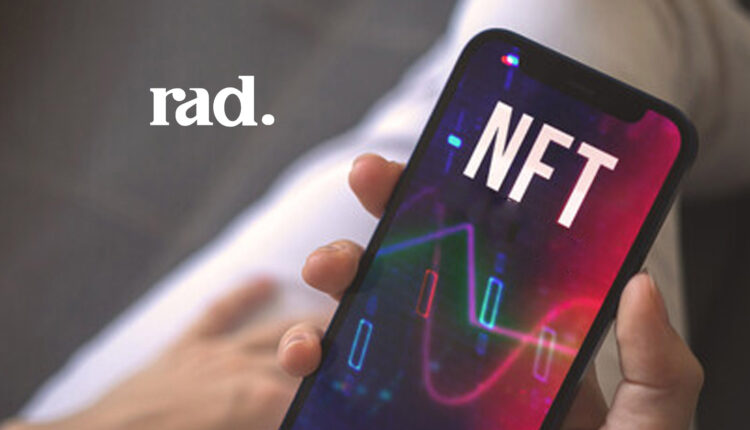 Rad, the innovative content distribution and NFT streaming platform, has secured significant funding in a round led by Ayre Ventures; Intersect VC, who are investors in Dapper Labs and Triller; former New England Patriot Super Bowl Champion and Pro Bowler Richard Seymour’s 93 Ventures; Alvin Kwan, former head of Corporate Development at Fox and Board Member at Fubo TV; Rusty Matveev, who is CSO at Calaxy and formerly a partner at MSG Ventures; Revere VC; and Jason Campbell, former quarterback for the Washington Redskins and Oakland Raiders.

Rad’s streaming platform is powered by Ara, which is a P2P ecosystem for content creators that uses an Ethereum-based token (ARA) for governance, incentives, and staking with royalties for NFTs sold through their platform. The platform is built to incorporate numerous chains and will make discoverability of content and NFTs across chains more efficient and approachable to creators and consumers alike. Rad’s integration of the Bitcoin SV (BSV) blockchain will include support for BSV-based NFTs with on-chain storage of large NFT files including full-length movies, video holograms and AR/VR content. Rad will also leverage the BSV blockchain’s low-cost and high-scaling capacity for managing and tracking NFTs across multiple chains.

Commenting on the funding round, Rad CEO Tony Mugavero said:

“Rad couldn’t be more excited to partner with Ayre Ventures and support the BSV ecosystem. Consumers buying, and creators making movies, XR, and clips leveraging blockchain-based technologies need low cost and high throughput transactions that compliment high performance streaming,” said Tony Mugavero, CEO of Rad. “Blockchain technology should be largely transparent to consumers and creators, and they’ll always go for the most cost-effective and performant option, which the BSV blockchain solves for.”

“We are pumped to offer our users a fast and inexpensive option to scale at enterprise levels on Rad. We foresee a future where creators can tokenize everything, digital and IRL, to fund content creation, art collections and more. BSV will allow our users to both think long-term and execute quickly without the worry of what gas fees might be that day.”

“BSV is the perfect home for future-focused companies like Rad that have outgrown the constraints imposed by other public blockchains. I’m thrilled to partner with Rad as they push the boundaries of what a streaming platform has to offer and meet the public’s insatiable demand for an ever-widening variety of digital entertainment options.”