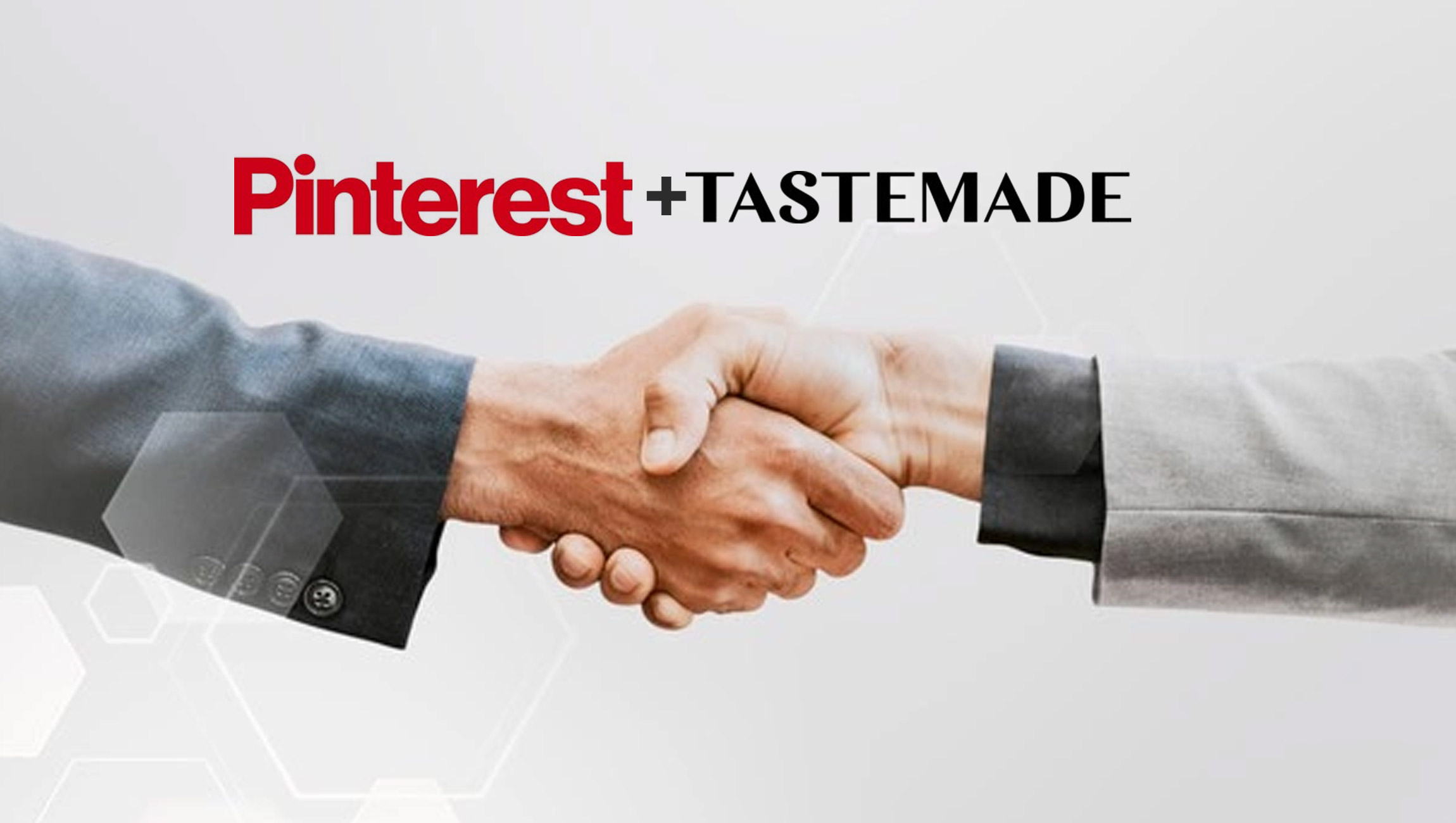 Under the terms of the deal, Tastemade, already one of the largest video partners for Pinterest globally, will produce 50 new shows that will debut exclusively on Pinterest via new content franchises and Idea Pins, Pinterest’s multi-page video Pins. Co-developed by Pinterest, these series will feature talent from both the Tastemade and Pinterest creator communities from around the globe — and will be produced in at least eight different languages from Tastemade’s global studios across the U.S, LATAM, Europe, and APAC.

“As one of our largest video partners globally, I’ve been so impressed by how Tastemade has expanded their platform, consistently delivers engaging content, and builds value on Pinterest,” says Chief Content Officer Malik Ducard, Pinterest. “This is a natural extension of our existing partnership as we scale our content and creator efforts at Pinterest, and I’m thrilled to build something even bigger to inspire Pinners in more languages around the world.”

By partnering with Tastemade, Pinterest is further scaling their creator ecosystem with a pioneer in native mobile video to drive high-quality video content and engagement on the platform, which allows for a truly unique offering for creators to collaborate with Tastemade and Pinterest on a global basis. While Pinterest began their creator efforts by focusing on “rising stars” and “homegrown” creators, this newly expanded partnership with Tastemade will also bolster Pinterest’s native-first content approach with programmers and publishers as premium content creators.

Tastemade drives some of the most inspirational content on Pinterest, with Tastemade Pins driving 200% more saves than the average Pin.1 While Tastemade has historically focused on the passion-led content verticals of Food, Travel, and Home & Design, this partnership will expand its programming to other high-value categories including Beauty, Fashion, Health & Wellness, Fitness, Parenting, Pets, and more – leveraging Tastemade’s robust global video platform and creator community to bring greater quality and scale to Pinterest’s video ambitions and to produce an even wider array of programming to inspire Pinterest users around the world.

“Consumers have undeniably embraced video as the preferred content medium, and one that is especially powerful in inspiring consumers to take action to create a life they love,” says Co-Founder & CEO Larry Fitzgibbon, Tastemade. “The biggest trends in media are now in video, creators, and live streaming – and this partnership addresses all three at global scale. We have a long track record of deeply engaging the Pinterest audience and are excited to take even more Pinners from inspiration to realization through video storytelling.”

As a part of the deal, Tastemade will also host a series of in-person creator events at Tastemade studios around the globe (Los Angeles, London, Tokyo, Jakarta, Mumbai, São Paulo, Buenos Aires) in many of Pinterest’s key international markets. Creators from both the Pinterest and Tastemade communities will come together for community building activities, creator activations, and training sessions focused on catalyzing more high-quality video storytelling and overall engagement on the Pinterest platform.

Tray.io Cracks the Code on Hyperautomation for the Enterprise

Pega Recognized as Best Place to Work for Disability…