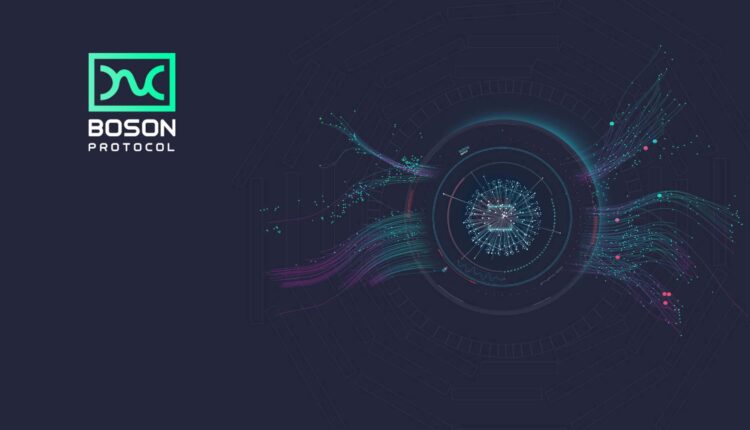 In a milestone announcement for the company, Boson Protocol, the project using smart contracts to power real world commerce, has announced the creation of 15 new roles across its Product, Operations and Technology teams, as well as the successful conclusion of its SAFT (Simple Agreement for Future Tokens) Round, having raised an additional $3 million USD in investment. A SAFT is an investment contract offered to accredited investors which sees them exchange money for tokens which may later be used or traded when the protocol becomes fully operational.

Focused on enabling autonomous decentralized commerce, Boson Protocol is developing the infrastructure to connect smart contracts with real-world commerce and its data. Once live, Boson’s solution will enable users to tie digital assets to real-world items, facilitating the frictionless exchange of digital and physical products and services. The job openings announced today will primarily be in the areas of operations and technical development to support the company’s needs as it continues to scale rapidly to achieve this ambitious goal.

This fundraising round has enabled Boson Protocol to further build out their token engineering and ecosystem development teams, with the addition of Dr Akaki Mamageishvili (Advisor), a trained algorithmic game theorist; Marina Markezic (Governance Lead), who has worked in the blockchain industry since 2017, Sebnem Rusitschka (Ecosystem Architect) who has designed courses for the Token Engineering Academy; and Shawn Anderson (Token Engineer), a computing scientist and network thinker with an entrepreneurial mindset and a passion for harnessing emerging tools. In addition to their core team, Boson Protocol is supported by industry leading advisors, including Dr Trent McConaghy, founder of Ocean Protocol, Dr Michael Zargham, founder of Blockscience, Jordan Lyall, Product Lead for DeFi at Consensys and Jamie Burke, Founder & CEO of Outlier Ventures.

Commenting, Justin Banon, Co-founder of Boson Protocol, said, “We are delighted to be in a position to make this announcement today. The success of our recent SAFT rounds are testament to the scale of the opportunity at hand. Our vision is to enable a decentralized commerce ecosystem which is resistant to capture and which supports a swarm of specialist applications to disrupt, unbundle and democratize commerce. We’re excited to welcome new members of the Boson Protocol team as we work together to reshape the future of commerce.”

Boson Protocol will begin recruiting immediately for the new positions. In addition to a number of software engineering roles, the company is also seeking a Tech Lead, and Marketing and Community Managers. Funds raised in the SAFT round will be used to finance these roles and the continued expansion of Boson’s international team, as well as the ongoing development of its first working prototype, which is due to be unveiled in the coming months.

Today’s announcement follows the recent news that Boson Protocol raised $350,000 USD in an early SAFE (Simple Agreement For Equity) round which took place in September last year and saw participation from a number of notable investors, including eight partners from venture capital firm Outlier Ventures as well as Trent McConaghy, Founder of Ocean Protocol, and Po Tang, a former CFO of Priority Pass Asia. The successful conclusion of the SAFT rounds brings to $3.5M the total amount raised by Boson to date. Boson Protocol is scheduled to hold a public token sale later in the year.

Conductor Announces Its Next Generation of Marketing Technology at Annual C3…

Maximizing The Value Of Data With Encrypted Learning

Four Awards And An Acquisition: NetSapiens Makes Waves In…

NTT DATA Becomes a Gold Partner in the Adobe Solution…