“Jump Start” for 5G Era is not Limited to Fast Speed, And China Mobile MIGU Aspires to Emerge as 5G+ UHD Ecosystem Booster 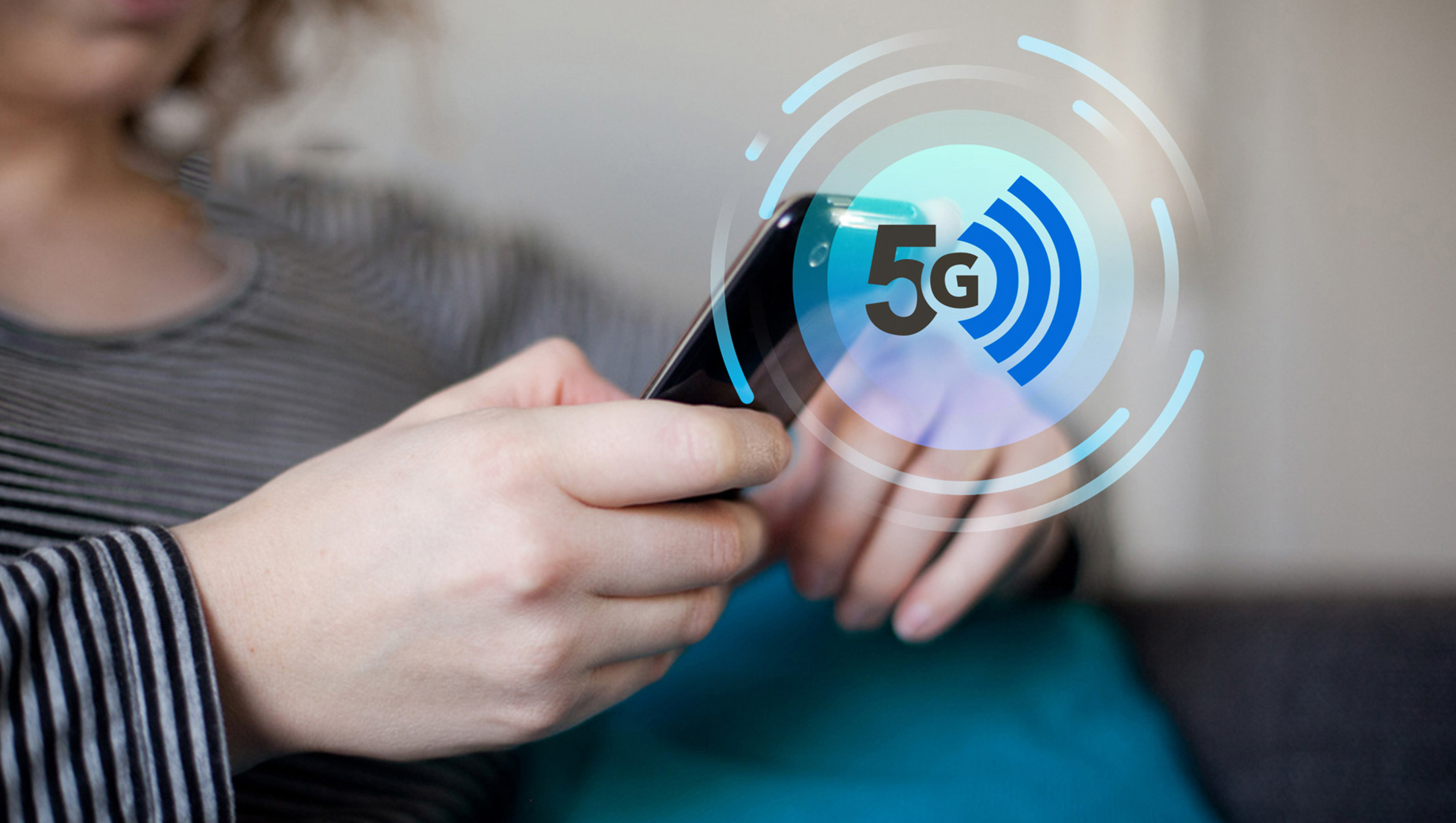 MWC 2019 officially closed the curtain in Shanghai. This was not only the first industry-wide event after 5G license is officially issued in China, but also a technology carnival with full coverage of the world’s largest 5G network. Three major Chinese operators, domestic and international mainstream communication equipment manufacturers and headphone brands showcased their latest technologies and products.

UHD will be such an industry that launches a thorough transformation in the wake of 5G Era, which is also closely related to cultural and entertainment life of individual users. During the three-day MWC 2019, which 5G+UHD experiences have been made available to individual users? Which industry challenges and opportunities have been revealed thanks to the worldwide industry heavyweights’ brainstorming and wisdom pooling?

There were seven exhibition pavilions of MWC 2019. As expected by Organizers, 60,000 professionals from 110 countries and regions attended, and 550 exhibitors supplied exhibits for exhibition. During this three-day event, “Global 5G Immersive Experience Exhibition” undoubtedly gained the highest popularity, which was organized by China Mobile and co-organized by MIGU and Global Virtual Reality Organizing Committee.

In front of the first 8K MIGU Cinema in China, guests and visitors queued up at any time. Since the first Chinese-style 8K film Dance of a Dream premiered on June 26, 20 sessions were filled to capacity every day. Many experiencers marvel at the immersive experience of this 8K film.

Focusing on various scenarios of daily cultural consumption (such as entertainment, sports, games, etc), MIGU also set up “5G UHD Arena”, “Museum in Movement”, “Panda 5G Paradise”, “5G Virtual Reality” and other exhibition areas together with NBA China, Chengdu Research Base of Giant Panda Breeding, Chinese Museum Association and other sports and entertainment IP partners, showing off skills in the basketball training camp supported by holographic training system, taking a millennium boat to play the game of Riverside Scene at Qingming Festival through VR, and directly watching cute giant panda Gun Gun to eat bamboo branches thousands of miles away under 5G+4K+VR. For the first time, 5G+ UHD immersive experience was available for users in a lifelike manner.

It is worth mentioning that 5G UHD video, 5G UHD video polyphonic ringtone, 5G UHD fast games and other three 5G+ UHD innovative applications also made their debut on the scene, thereby offering the experiencers with HD imagination spaces under more scenarios.

5G greeted users earlier than the expected schedule. At MWC Barcelona in late February 2019, 5G was placed in a glass showcase together with another star product: folding-screen smartphone. Just four months later, 5G’s advancement made rapid progress in MWC 2019 Shanghai. In addition to 5G+ UHD experience in the pavilions, 5G products are also unveiled. On June 27, China Mobile released the first 5G phone card in MWC 2019 Shanghai, which is called as “Huaka“. Its lowest pricing package of RMB10/month aroused the widespread attention of the whole industry. This is another important move after China Mobile announced “5G+ Plan” for the purpose of spreading 5G on the mass consumer market.

However, although China’s 5G construction capability has already taken the lead in the world, the pace of 5G+ is still hindered by some cruxes, especially in UHD segment with pioneering efforts for 5G applications. At Global 5G UHD Industry Summit during MWC 2019, which was jointly organized by MIGU, Shanghai Jinqiao (Group) Co., Ltd. and Global Virtual Reality Conference Organizing Committee, leaders of Huawei, Sony China, Cameron Pace Group, BesTV, China Sports Media, China UHD Video Industry Alliance, 5G Multimedia Innovation Alliance and other worldwide UHD put their heads together and discussed the challenges and opportunities for the industry.

Three major pain spots of the whole industry are insufficient supply of UHD video capabilities, shortcomings of key technologies (such as acquisition and production) and no popularization of consumer-grade terminals at the user level. Wang Bin, CEO of MIGU Video, pointed out that these pain spots lead to the immature UHD industry chain.

Yan Xing, Vice President of Industry Development, Huawei Technologies, also pointed out: “Currently, 80 operators draw blueprints for UHD video services all over the world. There are 200 UHD video channels overseas, but there are only two UHD video channels in China“. According to him, from another perspective, the existing pain spots of 5G+ UHD industry really affords important opportunities, and the most important opportunity lies in UHD Content Production.

Wen Xiaojun, Secretary-general of China UHD Video Industry Alliance, also commented that consumer-grade terminal mode and closed loop haven’t taken shape up to now. The business model between upstream production content, TV stations and consumers hasn’t been completely integrated. It is uncertain when these things will occur in the market.

Promising Outlook: Joining Hands with Partners to Jointly Build an Ecosystem and Be Poised to 5G+ Wave with Tremendous Courage

Faced with the existing pain spots of 5G+ UHD industry and the increasingly fierce global 5G competition, with a view to corner overtaking in 5G+ Era, Chinese enterprises should not only take fast pace, but also promote the all-round development and balanced development of the industry, and work together to build a favorable ecosystem.

In this regard, MIGU makes full preparations. China Mobile will invest RMB3 billion to implement a plan of “5G+ UHD Enabling Digital Content Industry Innovation and Development”, which will be put into practice by MIGU. As an all-scenario immersive platform affiliated to China Mobile, MIGU has been deeply involved in video, music, reading, animation, game and other content segments for nearly five years. MIGU tapped into sports content industry during the FIFA World Cup 2018. Up to now, MIGU presents 350 live 4K sports events and live artistic performances, while its HD content library ranks first in the industry.

Committed to boosting ecosystem construction of 5G UHD industry, MIGU initiated the establishment of 5G Multimedia Innovation Alliance (5MII), the first-ever alliance for digital content in China. 5MII not only comprises the entire industry chain of digital content production, transmission, dissemination and consumption, but also vigorously pushes forward media technology application and business model innovation in the context of 5G. Currently, 44 industry partners have been united of one mind. Two standards have been submitted to International Telecommunication Union (ITU), and projects have been approved for initiation. Nearly 20 collaboration research tasks have been carried out. A number of key project achievements have been made. The y new impetus has been injected into innovation and development of digital content industry.

The seed, sowed by China Mobile in the field of UHD, has already broken through the soil and sprouted. With the advent of the first year of Commercial 5G, MIGU, which boasts dual advantages of 5G+ UHD technology and content, will further thrive by leaps and bounds. In order to help strengthen the UHD content production pool, during MWC 2019, MIGU also signs contracts with China Hualu Group Co., Ltd., Mango Excellent Media Co., Ltd., Wanda Film Holding Co., Ltd., International Skating Union, Real Club Deportivo Espanyol, Chengdu Research Base of Giant Panda Breeding and other partners, with a view to profoundly figuring out sports and entertainment IP content, expanding 5G+ UHD ecosphere and promoting sound development of the industry ecosystem.

In addition, MIGU has also launched 5G+UHD Video Industry Demonstration Base together with Administration Committee of Jinqiao Economic and Technological Development Zone and Shanghai Jinqiao (Group) Co., Ltd. Three parties will jointly establish a national-level UHD joint laboratory. This is of great significance for propelling two-way enabling of 5G technology and UHD, exerting superposition effect and accelerating the innovation and development of China’s UHD industry.

The unveiling of 5G and the growth of MIGU simultaneously take place. As the national team in the new media industry, MIGU will unswervingly insist on openness and integration, join hands with all partners to solve the industry development problems, and be poised to 5G+ UHD wave with tremendous courage.

Atos Furthers Collaboration With Microsoft to Accelerate the Cloud Transformation of…

Tamatem, the Leading Mobile Games Publisher Raises $3.5 Million to Expand Beyond the…

How to Survive in 2020: A Checklist for Independent AdTech