OnBuy Raises £35M In Impressive Series A+ Funding Round 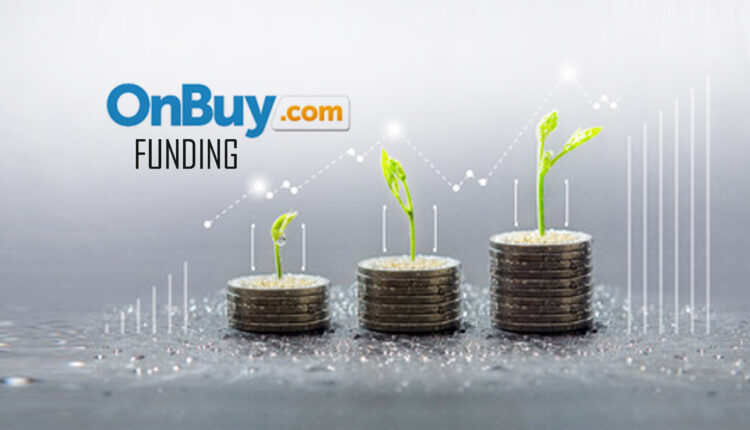 UK-based online marketplace OnBuy.com has announced the closing of £35 million in series A+ funding through VC and strategic technology investors.

Since its inception in 2016, OnBuy has existed to disrupt the status quo around eCommerce, taking on the industry giants that currently dominate the market. With its ‘level playing field’ offering, OnBuy has attracted more than 7,000 retailers, hosting over 36 million products on the platform. Built on a foundation of trust and transparency, the Bournemouth-based company vows never to compete with its retailers, simply offering a fairer marketplace to host well-known brands both big and small, and high-quality products at great prices.

In just four explosive years, OnBuy has grown to £155M annualised GMV with only £8M in total investment until now. The new investment of £35M, which will be a mix of debt and equity, will fuel further meteoric growth for OnBuy, with sights firmly set on reaching unicorn status in the coming years. Significant input comes from players including Bring Ventures, Norway Post venture arm, Fuel Ventures, Guy Hands (founder and chairman of Terra Firma Capital Partners), Knut Frängsmyr (Deputy CEO of Klarna) and Richard Goulding (founder of Play.com) amongst other strategic investors. In addition to external investment, a fully funded £2M allocation was set aside for existing retailers currently using the platform. This funding will enable OnBuy to further develop its product offering for both sellers and consumers and importantly, pursue global expansion.

Prior to this investment round, OnBuy raised £5m in funding led by Fuel Ventures following an exceptional period of growth through the first half of 2020. This investment allowed OnBuy to expand its leadership team and enter a fruitful phase of development and further growth.

Cas Paton, founder and CEO of OnBuy, comments, “The global eCommerce market is expected to total $4.2 trillion* by the end of 2021, a figure that is set to grow even more over the next few years, however it’s alarming to see that the industry is still following the same detrimental and unfair marketplace model that has existed for years. I created OnBuy to provide something unique: a clear, level playing field – and in our 4 years of rapid growth, it’s clear to see that this is a model that works to everyone’s advantage.

“This investment will allow us to unlock even more potential and take OnBuy to the next level with an even better, easier to use product than ever before. We’ve made it this far with the help of our early angels, amazing team, trusted retailers and of course all of our amazing customers, but we’re not nearly done yet. We’re here to make noise, challenge the status quo and change the digital marketplace landscape forever.”

Thomas Tscherning, Bring Ventures, EVP Norway Post comments, “OnBuy has experienced tremendous growth and we believe the company has a very promising future ahead. We look forward to being a part of OnBuy’s continued growth through this venture investment that we believe will strengthen our portfolio of e-commerce activities.”

Knut Frängsmyr comments, “Having watched OnBuy for some time, I’ve continuously been impressed and inspired by how they put their customers first – buyers and sellers. In an ever-changing landscape, sometimes simplicity and fairness will prevail. The growth opportunities ahead for OnBuy and the team are tremendous, and I am thrilled to be invited to join this journey.”

With the closing of this fundraise, OnBuy look forward to progressing with a roadmap of announcements in the coming 12-24 months which will include the development of a consumer app, improvements to the product infrastructure, the launch of new partnerships as well as further news of global expansion.