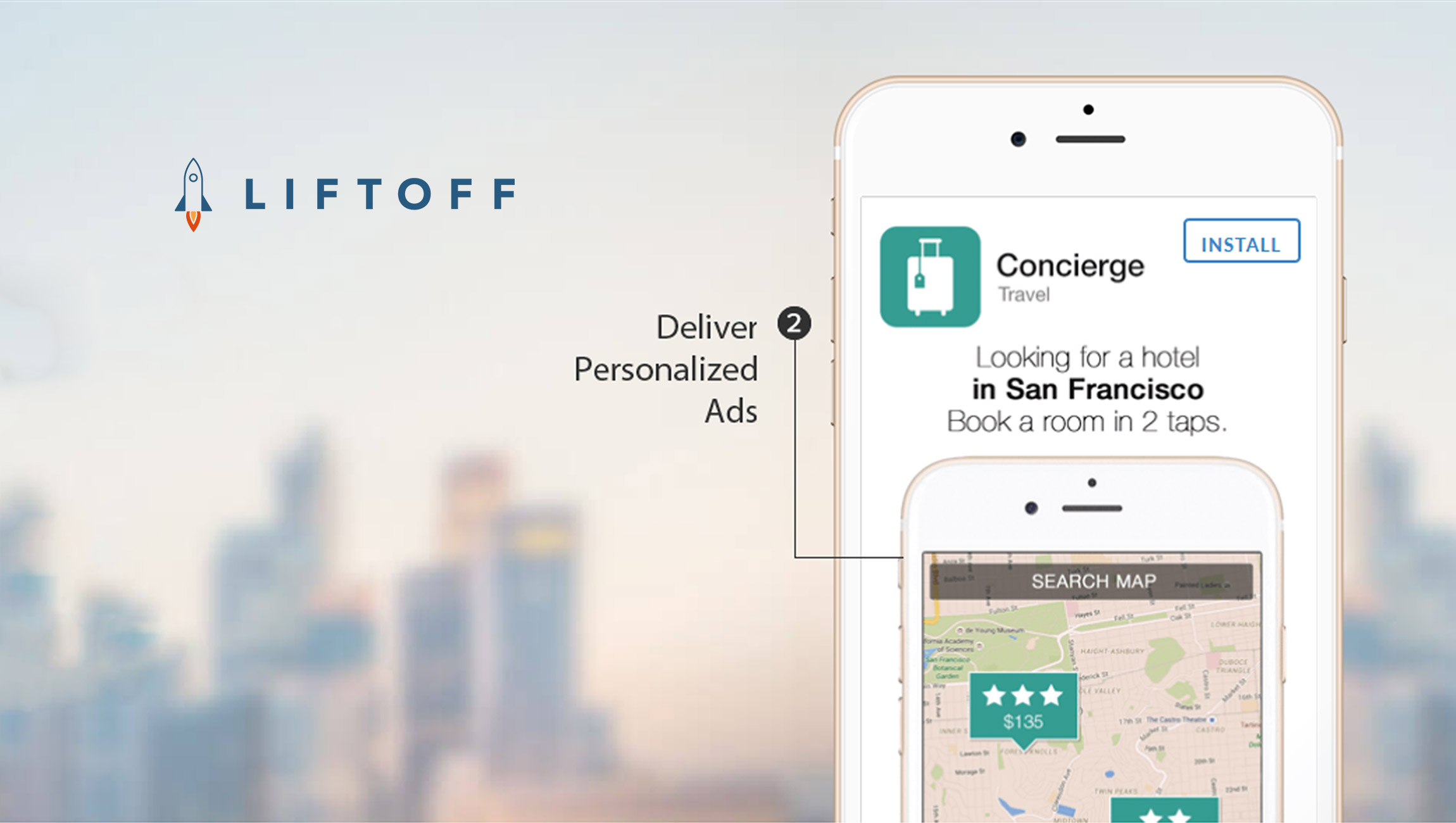 Liftoff, the leader in mobile app marketing and retargeting, today released its annual Mobile App Engagement Index, highlighting trends in how consumers engage with apps and mobile marketers acquire new users. The report reveals that reservation bookings on mobile have finally hit critical mass adoption, and highlights clear differences in how men and women use these apps. Additionally, the report discussed which in-app actions holds the best value for marketers, as well as other usage trends across six major app categories (Dating, Finance, Gaming, Shopping, Travel and Utility).

Drawing from an internal analysis of over 120 billion ad impressions, 1.3 billion clicks, and 41.7 million events across 30 million app installs from September 1, 2016 to August 30, 2017, Liftoff’s Index found the following:

Researchers have been anticipating that mobile would be the choice method for booking reservations– whether for planning the vacation of your dreams or simply a fun night out. According to Liftoff’s data, the mobile takeover for travel booking is officially here.

This year’s data shows that the cost-per-first-booking has dropped significantly compared to last year, indicating that booking travel on mobile is hitting critical mass adoption.

But while consumers are generally quick to let their devices take care of the planning, mobile marketers should still focus much of their advertising spend on men. Liftoff’s data indicates that when it comes to travel apps, women are costlier to acquire and less engaged overall. Men are both 42.9 percent more likely to register and 45 percent more likely to make a reservation on a travel app.

All in all, booking trips and making reservations using an app has become mainstream. That said, marketers should still note that when targeting for travel apps, the biggest opportunity lies in the male user-base.

Finance apps are falling flat with females, but retargeting could help retention rates

When it comes to managing money on mobile, women show initial interest, but male users drive more value in the end: Liftoff’s data shows that female users are more likely to register for finance apps (32.5 percent) than their male counterparts (28.2 percent), but that these rates flip-flop as users get deeper in the funnel.

For instance, to get to the point of activation in a finance app (e.g. depositing funds, connecting other financial accounts), men are a steal at $34.60, compared to women who break the bank at a whopping $198.07. Conversion rates switch up as well, with 16.3 percent of males continuing to make an account activation compared to only 3.7 percent of females, a colossal 341 percent difference. And if that doesn’t convince you that male users offer better value in this app category, just look to last year’s data: it’s even more expensive year-over-year to acquire a female user who goes onto make an account activation in a finance app (up 21 percent from last year).

Liftoff’s data paints the picture: men are looking to manage money on mobile, while women need a bit more incentive.More women register for finance apps, but they’re costlier to convert and much less engaged than male users.Ultimately, mobile marketers should re-examine where and why women are dropping off in the app experience.

Seasonality has flip-flopped from 2016

This year, Liftoff’s data shows that the golden months for mobile marketers looking to drive purchases run from October to January, with low acquisition costs and high rates of engagement. Over the course of the four months, mobile marketers found the best value last December, with acquisition at a low $54.63 and 6.81 percent engagement.

The opposite is true in the Spring: in March, engagement drops dramatically (5.40 percent) and the cost to acquire those users who go on to make a purchase rises ($65.06). This trend continues through the season, as acquisition costs hit their peak in May ($95.20) while engagement rates are at some of their lowest (4.21 percent).

Interestingly enough, this pattern has flip-flopped from last year, which saw higher acquisition costs in the Winter months and better value in the Springtime. The cost-per-purchase in May of 2016, for example, clocked in at $61.46, while November 2015 saw the peak at $81.92.

The takeaway? Seasonality is still a moving target. While the best/worst seasons for conversions in the physical/online world are well-established, Liftoff’s data suggests that the mobile world has yet to definitively nail down the best and worst times for marketers to drive purchases. Given that there is no consistent trend year-over-year just yet, marketers should pay careful attention to their own stats and follow emerging data trends closely going forward.

For more information on Liftoff and to download the full report, visit http://info.liftoff.io/2017-app-engagement-index.

Lumen to Sell Latin American Business to Stonepeak for $2.7B

Widewail Raises $1.5 Million in Funding to Support Next…

Adapdix appoints Chet Hullum as VP for Product Strategy and…

The Windows Club Releases a Comprehensive Guide to Online…