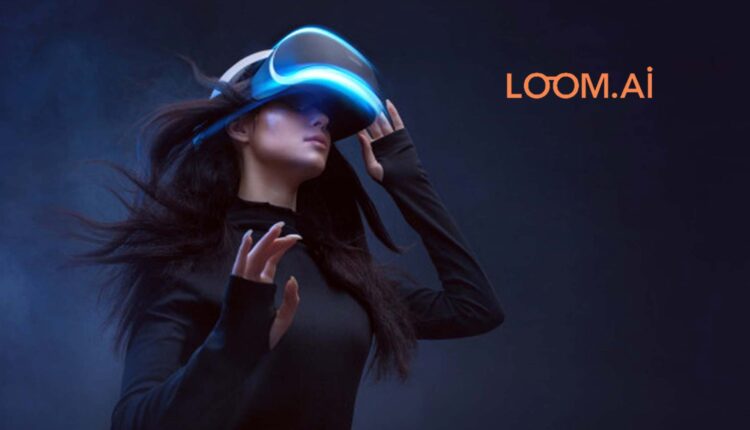 To support the millions of people now living online in video calls for work, school and socialization, Loom.ai has released LoomieLive, a virtual communication app that uses 3D avatars and works as a companion to popular desktop video conferencing services, such as Zoom, MS Teams, Webex, etc. LoomieLive uses voice to produce life-like avatar expression, allowing video callers to maintain focus and visual presence without the emotional strain and privacy loss caused by being in view of the camera. The result significantly reduces the fatigue associated with video calls and helps to promote productivity by being able to focus on the meeting content rather than your appearance.

With LoomieLive’s 3D avatars, video callers’ on-screen persona responds in real-time from their voice, automatically triggering body gestures, including laughter, by analyzing the user’s voice. In addition, users can manually trigger reactions – such as thumbs up, wave, and celebrations – to provide additional emotions. LoomieLive also offers a variety of 3D virtual backgrounds, such as office and school settings.

LoomieLive is easy to set up and use in popular video conferencing services, such as MS Teams, Zoom, Webex, and more. After installing, simply select the “LoomieLive Camera” in your desktop video conferencing application and put on headphones. To create a personalized avatar, use the Loomie mobile app (iOS / Android). This application builds a 3D character from a standard selfie, and allows users to personalize and accessorize their avatar. The resultant avatars automatically appear within LoomieLive.

“Working from home has produced a lot of challenges for employees having to show part of their home lives to colleagues by being on video calls,” said Mahesh Ramasubramanian, co-founder and CEO of Loom.ai.  “LoomieLive’s voice-driven 3D avatars and backgrounds are the perfect balance between presence and privacy, helping video callers with the challenges of a continual digital presence while bringing a bit of relief to video call fatigue.”

Incorta Ushers In The Modern Data Analytics Platform With…

UiPath Appoints DocuSign CEO Dan Springer to its Board of…