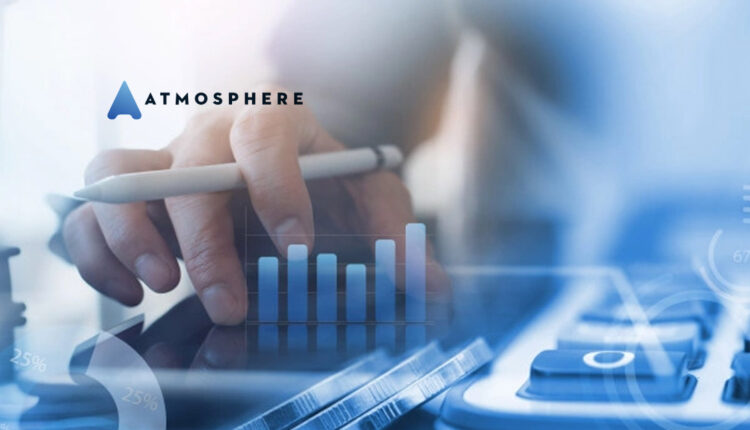 Atmosphere, the worldwide leader in streaming TV for businesses announced today a $25 million Series B investment from Valor Equity Partners. The deal, which comes less than a year after the company raised $14 million in its Series A round, values Atmosphere at $275 million. The funding round will enable the free, ad-supported streaming platform to extend its lead as a cable-killer in the global commercial TV market as businesses increasingly migrate to options that deliver better engagement, value and results. Chicago-based Valor is a leading growth-focused investment firm with past early-stage investments in companies including Tesla, SpaceX, BitGo, Dataminr and GoPuff. Valor previously invested in Atmosphere’s Series A round through its Valor Siren Ventures Fund alongside S3 Ventures.

Atmosphere’s streaming platform provides short-form audio-optional TV programming to more than 11,000 restaurants, bars, gyms, hotels, doctor offices and other venues across the country. Optimized for viewing in public spaces, the platform’s eye-catching content spans more than 50 channels encompassing viral video compilations, extreme sports, lifestyle, ambient nature and entertainment. Over the past year, the company nearly doubled its customer footprint despite widespread shutdowns, streaming more than 250,000 hours per day in aggregate and reaching over 15 million unique viewers each month. Atmosphere content includes both owned-and-operated channels such as Chive TV and Happy TV, as well as those created with partners including Red Bull, X Games and America’s Funniest Home Videos.

“TV programming for businesses isn’t broken, it was never right in the first place,” said Leo Resig, co-founder and CEO of Atmosphere. “Atmosphere’s tapped into something no other content company has ever attempted, single-handedly defining the streaming TV-for-business category. By designing a streaming service focused on retail businesses, Atmosphere is meeting the needs of two underserved markets, businesses looking for quality, free, audio-optional TV programming, and advertisers that have never been able to effectively buy media to reach an out-of-home audience on TV screens.”

Atmosphere, which became profitable in Q4 2020, provides the hardware and free programming to businesses, monetizing its content through its proprietary advertising platform and through paid subscriptions, which allow venues to run their own house ads between the programming. The company’s vertically integrated distribution model offers highly attractive unit economics by owning the customer relationship, device, content channels, product delivery, and ad tech. The new funding will be used to gain additional distribution scale while continuing to enhance and build the company’s ad sales team both nationally and locally. Atmosphere retail clients include Westin, Taco Bell, Texas Roadhouse and thousands of other businesses of all sizes.

“We’re currently in the midst of a massive shift in the TV market as billions in ad dollars migrate from linear TV to streaming platforms,” said Jon Shulkin, partner at Valor Equity Partners and fund manager at Valor Siren Ventures. “Atmosphere is uniquely positioned to own the out-of-home TV streaming market with an installed footprint that’s incredibly broad and with advertiser offerings that combine the best of traditional TV and digital targeting to reach people where they are.”

“Our team has spent seven years meticulously expanding our distribution network,” said John Resig, co-founder and president of Atmosphere. “We perfected the content formula with CHIVE TV and applied it to over 50 audio-optional channels. But the secret sauce is a sophisticated ad and tech stack that can strategically target both our content and advertising down to the per-venue level. Traditional cable packages can’t do that. The infusion of new capital, in addition to being profitable, will accelerate Atmosphere’s mission to ‘Entertain Everywhere.'”

Fastly Announces Conversion of Class B Common Stock into…

Sift Appoints Dione Hedgpeth to Board of Directors

Coolwave Communications Partners with LogiSense to Deliver a…

AdTech Innovator QTT® Adds to Its Family of Groundbreaking…

ZoomInfo Recognized for Excellence in Career Growth and…