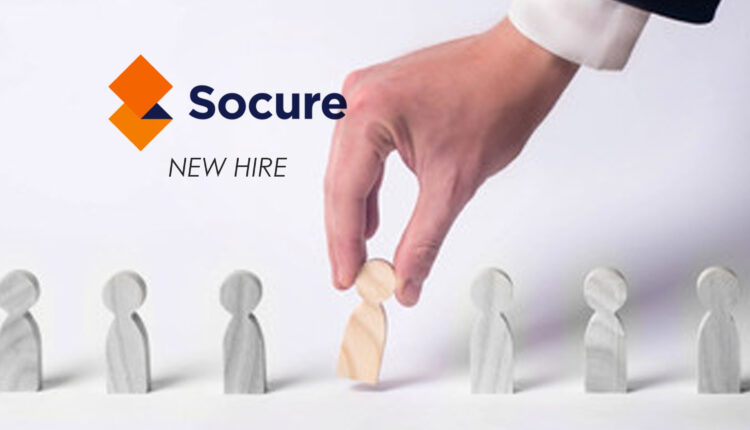 Socure, the industry leader in digital identity verification and fraud solutions, announced that Brendan Peter has joined as vice president of government relations. Peter will work with government stakeholders to implement strong foundational policies that stress the demand for robust identity proofing and verification balanced with the need to reduce friction, reduce fraud and maintain high privacy standards.

“I look forward to promoting Socure as the partner of choice for government agencies who are increasingly faced with identity challenges and fraud problems.”

“As the market leader in identity verification on the commercial side, there isn’t a company better positioned to help the public sector onboard citizens while solving fraud and building trust,” said Peter. “I look forward to promoting Socure as the partner of choice for government agencies who are increasingly faced with identity challenges and fraud problems.”

His work will initially focus on the public sector to bring inclusive access to government services and benefits and ensure that they are going to the right people in the most trustworthy way. Peter will also spearhead policy engagement and counsel in other markets Socure serves such as online gaming, crypto and e-commerce marketplaces.

“I’m excited to bring another industry veteran and long-time colleague in to partner with me to help policymakers and program managers understand the level of expertise that Socure brings to the table and accelerate the adoption of identity verification solutions that drive equity and access for all,” said Matt Thompson, Socure’s general manager of public sector solutions.

For 25 years, Peter has worked at the nexus of public policy and strategic business growth in technology and identity verification. Before joining Socure, Peter served as Head of U.S. Government Relations for Seagate Technology, a leading advanced storage technologies company. Peter also served as Vice President of Government Relations for IDEMIA, one of the world’s largest biometric and identity security companies, and as Vice President and Head of Global Corporate Affairs for CA Technologies, one of the world’s largest independent software companies. Peter has also held executive posts at LexisNexis, Daon, the Information Technology Association of America (ITAA) and the Jefferson Consulting Group.

Purecars Has Been Named a 2022 Google Premier Partner

UserTesting Awarded #43 on the Fortune Best Workplace in the…