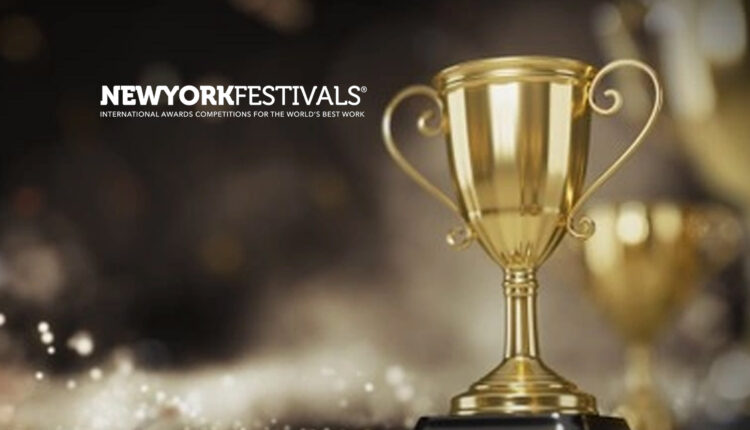 New York Festivals International Advertising Awards®, The Female Quotient (The FQ) and the ANA have partnered to launch a special new award, the 2021 NYFA “SeeHer Lens” Award. This new award will honor best-in-class creative film work submitted to the 2021 competition that exemplifies gender equality and accurate portrayals of women and girls in advertising.

“We are thrilled to partner with NYF Advertising Awards for this new award, which sets the standard for creative media. By celebrating advertisers who are leading the way in the accurate representation of women and girls, we are confident that we will continue to inspire more change across the industry,” said Shelley Zalis, CEO, The Female Quotient, Co-Founder, SeeHer.

The Female Quotient taps into the power of the collective to advance equality in the workplace through the power of collaboration. Their efforts bring visibility to women, activate solutions for change, and create metrics for accountability.

SeeHer is a collective of marketers, media organizations and industry influencers committed to creating advertising and supporting content that portrays women and girls as they really are. The ANA in partnership with The Female Quotient launched in June 2016 in Washing DC at the White house. The “SeeHerLens” Award is the latest joint announcement by the ANA and The FQ, demonstrating the united commitment to the SeeHer movement.

Marketing Technology News: MagTek Launches The Qwantum Club to Deliver Privacy as a Service for Protection of Your…

“We are delighted to be part of this award. Media defines culture, and culture drives change,” said Bob Liodice, CEO, ANA. “It is critical to recognize brands who are moving the needle through great storytelling in their ad campaigns. The award is a powerful lens to showcase those who truly see her and set an example for others.”

New York Festivals film entries will be reviewed by over 100 members of the New York Festivals Jury. They will judge all entries using the SeeHer Gender Equality Measure, (GEM®), the global industry standard for measuring gender bias (total and multi-cultural) in ads and programming. GEM® is used in 14 major markets around the world, representing 87% of total global ad spend, to create bias-free ads, content, media buys and media plans.

“Honoring groundbreaking creative work is what New York Festivals has always been about,” said Scott Rose, Executive Director of New York Festivals Advertising Awards. “The new “SeeHer Lens” Award is an opportunity for NYF to join forces with the creative industry to celebrate innovative work that expresses gender equality, we’re thrilled to have this additional metric to evaluate excellence.”