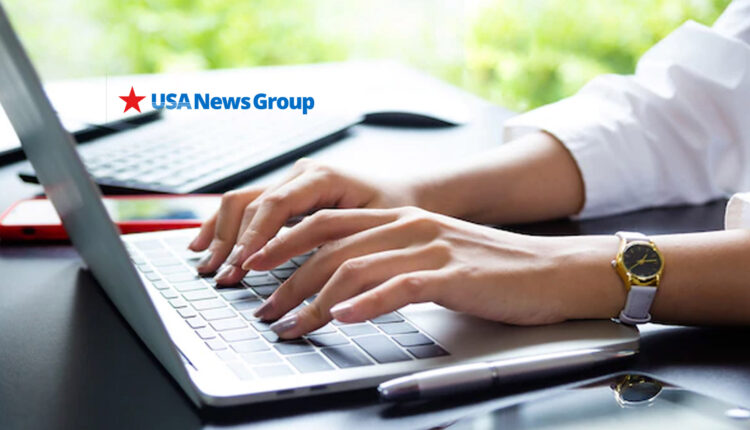 USA News Group – The economy for streamers on some of the world’s most popular video streaming platforms continues to evolve, in everything from ads, lucrative influencer deals, as well as tips, paid subscribers and one-on-one VIP access from audience members. Among the top sources where popular streamers are deriving their revenues are more well-known streaming platforms such as Twitch from Amazon.com, Inc. (NASDAQ: AMZN), YouTube from Alphabet Inc. (NASDAQ: GOOG) (NASDAQ: GOOGL), Facebook from Meta Platforms, Inc. (NASDAQ: FB), as well as using StreamLabs from Logitech International S.A. (NASDAQ: LOGI). However, another platform that’s steadily grown through its video streaming as well as its strong position in cryptocurrency are the newly newly launched DogeChat and DoggeChat apps from Hello Pal International Inc. (CSE: HP) (OTCQB: HLLPF).

“Our marketing and technical team made incredible gains in expanding our user base in the Middle East during the last year,” said KL Wong, Chairman and CEO of Hello Pal. “Livestreaming activity has exceeded our expectations in outside China as certain key metrics represent nearly two-thirds of activity.  Our focus will now shift to expanding in the same way in other parts of Southeast Asia, other Middle Eastern countries, and India.”

Although Hello Pal cut its teeth with strong support within the Chinese market, on-boarding outside has been extremely successful, with 2000-2500 hours of livestreaming time per day versus Chinese livestreaming of 1000-1200 hours per day. Within the business model is gift giving, of which there are 1200 gift givers per day from the Middle Eastern market versus China’s daily gift givers of 700 per day.

It’s projected that these livestreaming operations will grow even more upon the successful launch of DoggeChat and DogeChat. These 1-on-1 video chat apps will expand Hello Pal’s international platform thereby increasing the exposure of livestreaming into new regions.

Hello Pal’s newly launched DogeChat and DoggeChat apps are set to allow users to match and/or video chat with other individual users from across the globe. When a connection is made, 1-on-1 video calls will generate revenues on a per-minute basis, paid for by the call’s initiator to the call’s receiver—now with the option to pay in crypto, which Hello Pal also is in the business of mining.

“We expect these apps to be very synergistic to our current livestreaming and crypto-mining operations,” said KL Wong, Founder and Chairman of Hello Pal. “They will not only bring into our existing ecosystem new users from different markets, but also allow us to start implementing our goal to make the use of cryptocurrency more widespread in the world, starting with our users.”

This means that livestreamers can not only grow their audiences, but also cultivate revenue from giving 1-on-1 VIP experiences to those willing to pay.

It’s here where Hello Pal truly sets itself apart from the giants such as Twitch, YouTube, and FaceBook through the integration of cryptocurrency payments.

Where DoggeChat is set to launch first with payments made in fiat currencies through Apple Pay and Google Pay, DogeChat payments will be made in DOGE and other cryptocurrencies,

Back in 2021, Hello Pal made history by becoming the market’s first listed company focused on mining Litecoin (LTC) and Dogecoin (DOGE). Reaction to the announcement was swift, causing a surge in traffic so heavy it temporarily caused a website outage.

“Our livestreaming operations continue to deliver strong operating results as we continue to diversify outside of China,” said KL Wong. “With our focus on cryptocurrency mining operations, we anticipate that revenue and profit will continue in an upward trend.”

Owned by Amazon.com, Inc. (NASDAQ: AMZN), Twitch has a history of going in and out and in again on cryptocurrency. One of the earliest cryptocurrency adopters, Twitch added the payment option in 2014, quietly removed it in 2019, and then brought it back again in 2020.

However, unlike Hello Pal’s DogeChat, Twitch streamers don’t necessarily have a direct way to generate revenue from a VIP 1-on-1 audience member experience.

Back in November 2021, Twitch signed an exclusive multiyear deal with Crypto.com to serve as the streamer’s “official global cryptocurrency platform partner.”

Fueled in part by rising competition with the short form video platform TikTok and advertisers responding to high inflation rates, Alphabet reported a substantial miss in its YouTube segment.

“In the long run, for me, YouTube is a place where we see users not only come for entertainment – they come to find information,” said Alphabet’s CEO Sundar Pichai, in a call with investors, stating how viewership and customer base for YouTube was evolving and expressed a positive outlook for the future. “They’re coming to learn about things. They’re coming to discover, to research.”

Meta Platforms, Inc. (NASDAQ: FB) is also facing declining revenue as users switch to competitors like TikTok. This has sparked the company explore how virtual currencies could help lure users to its metaverse platform and keep them there, developing what are being dubbed “Zuck Bucks”

Currently, streamers on Facebook can earn revenues by using using Streamlabs from Logitech International S.A. (NASDAQ: LOGI). Facebook streamers gain revenue through the use of “STARS”, which viewers buy and then send to streamers as compliments for their work.

StreamLabs is at the core of many popular streams conducted on Twitch, YouTube, and Facebook. Recently, Logitech announced its second annual Logitech Song Breaker Awards, the first music award show in the metaverse on the popular gaming platform Roblox—including multi-GRAMMY-Award-winning artist Lizzo, making her metaverse debut.

“This year, we pushed the boundaries as we continue to reimagine what a creator-focused award show could look like,” said Meridith Rojas, Global Head of Talent and Entertainment, Logitech. “In building this immersive program in the metaverse, we’re taking inspiration from the online communities blazing the path in web 3.0. It’s not a one-way conversation, it is a two-way experience bringing creators and their communities together to create.”