Work From Home Is the Future. Should We Start Substituting Marketing Communications? 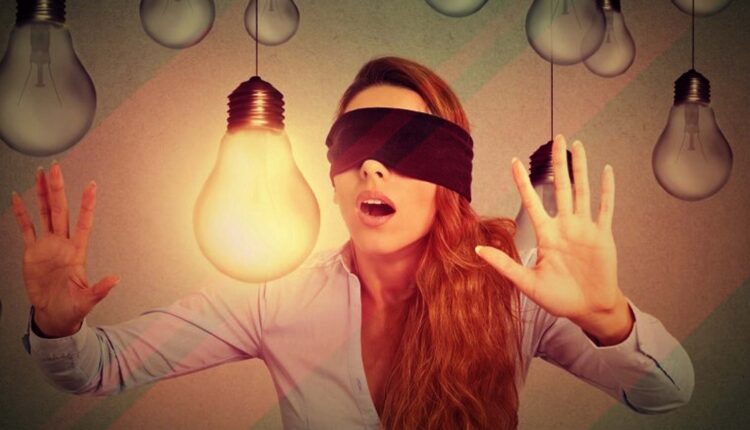 Now that Twitter, Facebook, and Apple say employees can work from home indefinitely, it’s supposedly the end of the office as we know it. That’s a big one-eighty for firms that invested huge sums of money building their campuses. But the tech giants can afford to be wildly wrong here. The rest of us need to be wary, not just because the wholesale embrace of WFH is happening during a crisis, but because it runs contrary to some fundamental truths.

You’ve probably heard that Work from Home or WFH increases productivity. Employees don’t have to deal with long, grueling commutes, they spend less time socializing with coworkers, and since it’s more challenging to hold meetings, the company culture will favor alternative forms of communication like Slack and email. Those things may all be true, but they don’t necessarily apply to a pandemic.

In fact, a 2015 study found working from home can increase productivity by 13 percent—nearly one additional day of output per week! That figure has been widely cited by work-from-home boosters, but the study’s author is skeptical about using this moment as a case study. The pandemic is completely different, he says, because of four factors: children, space, privacy, and choice.

Consider the issue of children. In the study, it was assumed that child care wouldn’t be an issue for employees working from home. That’s certainly not the case now. In fact, parents are less productive at this moment because their WFH experience includes a second job: child care.

Hopefully, we’ll resolve the child care issue sooner rather than later, and hopefully, we’ll put the pandemic behind us too. But if this moment teaches us anything, it’s that switching to a permanent WFH model—one where there is no office to go to—isn’t something that’s going to work for everyone because everyone’s home life is different.

The fact that WFH isn’t one size fits all brings the issue of choice. If you choose to work from home, you probably will be more productive. But if you’re forced to work from home—either because of a pandemic or because your employer decided to do away with the office forever—there’s no guarantee you’ll be happy about it, and in all likelihood, you won’t be more productive. How many of us will actually choose WFH in a year or two? It’s too soon to tell, but most firms can’t afford to gamble on something so fundamental without clear employee buy-in, and at this particular moment, it’s difficult to see how anyone can be expected to make an informed choice.

We Have the Tech to Power WFH- Should We?

It’s no surprise that Marketing Communications technology is having a moment during a pandemic. In a crisis, we innovate. In 1918, people likely leaned into new technologies like the telephone with the same gusto we have for Zoom. But many of the tools we’re using are workarounds, and they might not be so great long-term.

Already, some workers have found the new office to be a creepy, stress-inducing surveillance apparatus. Managers certainly need to measure employee progress, but it’s hard to argue that dehumanizing employees and adding stress to the workplace are worth the tradeoff.

At the same time, we have to be honest about the nature of the Marketing communications technologies we’re leaning into. Zoom calls, collaborative documents, Slack, and email make it easier to break away from the traditional nine to five—and it turns out we’re doing just that. As NordVPN found, the average U.S workday has increased by three hours since the start of the pandemic because technology makes it easier to sync up with coworkers and clients during non-business hours. But a longer workday isn’t necessarily a good thing—in fact, technology was supposed to make us more productive, and as a result, give us time back. So, while we clearly have the technology to disrupt the office, we first need to ask whether we should.

Tech loves its culture decks, and to a large extent, the broader business world has emulated Silicon Valley’s culture-conscious model. On balance, that’s a good thing. We should talk openly and often about the kind of company culture we want. But let’s not confuse culture with a culture deck.

Whatever secret sauce a company distilled into its culture deck was created IRL. That’s because culture is complex, social, and constantly evolving. You can transmit culture over email or Zoom—to a degree. But as Netflix founder Reed Hastings points out in that company’s famous culture deck, a company’s actual culture isn’t about the words chosen for the values statement, it’s the behavior and skills that your fellow employees value in practice. Like the rest of us, Netflix has had to temporarily shift to WFH, but unlike the rest of big tech, Netflix hasn’t made any blanket statements about permanent WFH. That should be a signal to leaders across industries that in-person interaction is key to creating a world-class culture.

Fear drove humans apart, but as the fear subsided, humans came back together. We’re social animals, after all. Like all animals, humans have a long history with disease. Influenza, plague, and a myriad of other pandemics reduced social interaction, but time and again, people came back together. In fact, even at this very moment, as COVID-19 rages, one of our society’s biggest challenges is sustaining social distancing measures. Simply put, people want to be around other people, and for many of us, the office is our primary space outside the home.

Betting against the office is a bet against history and human nature. And while we’ve reached the point where we have technology that makes that bet plausible, we should remember that the reason we created today’s communications technologies was to supplement our need to connect, not substitute for it.

(To share your WFH leadership management ideas, please write to us at sghosh@martechseries.com)

Unveiling the Truth about the Most Common Digital Accessibility Barriers

The Power of Conscious Advertising And Why It’s the Future

Stats Perform Launches PressBox, and Sets Out To Transform…