Emerged Inc. Announces Strategic Partnership, Investment From Round One Capital 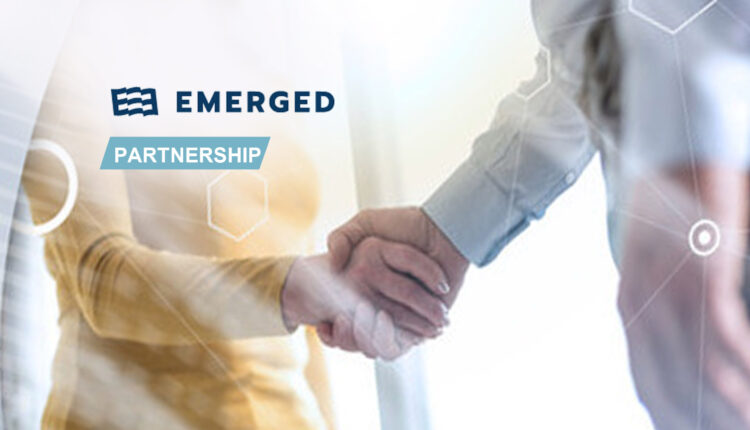 Emerged Inc., the privately held, SaaS company focused on bringing qualified leads to healthcare organizations, today announced its strategic partnership with Round One Capital. Round One Capital has invested an undisclosed amount in the seed round, and Jay Love, co-founder of Round One Capital – who previously held CEO titles at eTapestry and Bloomerang – will sit on Emerged’s Board of Directors. Emerged will use the funds to continue to scale its SaaS platform, and to further fuel its sales and marketing efforts.

“This is a pivotal partnership for us, and we’re thrilled that an investment partner like Round One sees so much potential in Emerged,” said Alison French, co-founder and CEO of Emerged.  “This capital injection, coupled with the addition of a renowned SaaS veteran like Love sitting on our Board, will help us continue to scale and get our products into the hands of more healthcare organizations globally.”

From automation to nurturing leads, Emerged magnifies the impact of healthcare organizations’ existing sales teams, helping companies achieve more sales with less resources. Salespeople have less time than ever before, and Emerged bridges the gap between these deficits.

“I have enjoyed watching Emerged make a name for itself as a premier healthcare SaaS company,” said Love. “Its business model, evidence of recurring revenue and operational excellence are key indicators of its future success, and I look forward to bringing my unique suite of knowledge to the table to help Emerged continue to scale.”

In addition to Love, Round One Capital is led by: Gary Rush, former CTO of ExactTarget (acquired in 2013) and Angie’s List; Todd Katz, former CEO of Bell-Horn (acquired in 2011); Scott Brenton, Former COO of Angie’s List, and president & chairman of the Orr Fellowship; John Wechsler, founder and CEO at Launch Fishers and The Indiana IoT Lab, formerly a partner at DeveloperTown and president at Formstack. The five partners have significant operational experience, as well as expertise in areas such as technology, finance, sales, marketing, operations, product, security, and board formation and operation. Additionally, most have seen companies through to exit.

“We’re just getting started at Emerged, and can’t wait to see what our future holds,” said Danny DeMichele, co-founder and chairman of Emerged.

Marketing Technology News: Covatic Launches A-Type, a Solution to the ID and Privacy Challenge Faced by the Digital Advertising…

Sitecore® recognizes XCentium as 2021 Partner of the Year – Americas

GetintheLoop Expands to the US Through a Partnership With BenefitHub

Trex Chooses BrandMuscle to Empower Deck Builders With a…

Maui Vacation Rentals Roaring Back According to New…