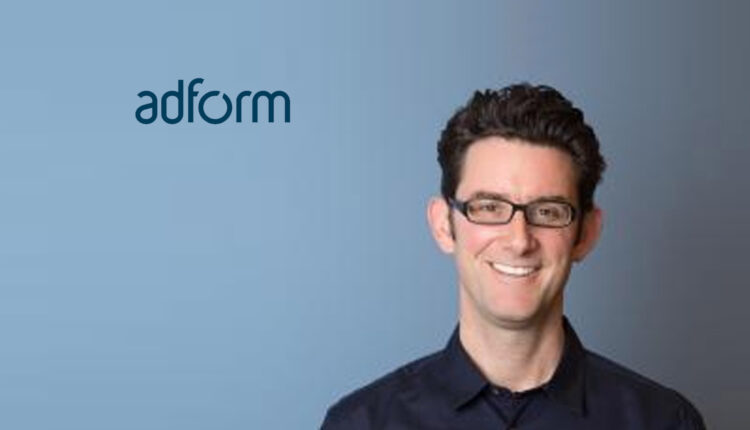 Adform, the only global, independent, and fully integrated advertising platform built for modern marketing, today named John Piccone Regional President, U.S. Piccone has been at the forefront of advertising technology for more than 25 years and will play a vital role as Adform looks to capitalize on its rapid expansion within the U.S. market. Longtime Regional President, Americas, Julian Baring, who has directed Adform’s expansion in the U.S., transitions into a global executive position as SVP Business Development.

Adform’s growth in the U.S. has cemented its status as a market leader and will be further solidified as marketers continue to seek first-party alternatives to the existing identity landscape. In Q1 2022, spend on Adform’s DSP more than doubled from the same period in 2021. Piccone is expected to be instrumental in maintaining Adform’s momentum as it continues to provide clients with innovative yet simplified advertising solutions that deliver proven results.

We can’t wait to see the successes that both John and Julian are sure to bring in their new roles.”— Oliver Whitten, Chief Operating Officer at Adform

“Our U.S. team has delivered strong growth to date and the time is right to invest behind that momentum. The market is seeking alternatives to the incumbent players, specifically when it comes to solving the identity challenge. John Piccone’s significant expertise in the ad tech space, proven record of scaling businesses and experience working between Europe and the U.S., will help Adform take this to the next level,” said Oliver Whitten, Chief Operating Officer at Adform. “We can’t wait to see the successes that both John and Julian are sure to bring in their new roles.”

John Piccone brings nearly three decades of experience formulating commercial strategy and operational structure to maximize revenue through media, technology and advertising services in the United States and Europe. His particularly strong heritage in video and CTV advertising will be critical given the current market dynamics and future potential of these channels in the U.S. Prior to joining Adform, Piccone served as president of QTT, a patented advertising technology and a division of Viamedia Inc. While there, Piccone enabled clients access to the buying and selling of linear television advertising through existing digital programmatic buying platforms. Piccone has also worked in a variety of additional executive leadership roles for companies such as Simulmedia Inc., Innovid, HealthiNation, BlackArrow (Cadent) and 24/7 Real Media, now trading as Xaxis.

Piccone’s appointment comes at a time when advertisers are seeking new ways to seamlessly build and manage their campaigns’ entire life cycles, with the phasing out of third-party identifiers from the industry. In February 2022, Adform unveiled ID Fusion, the superior first-party alternative to the current identity space. This enables advertisers to harness the full potential of all major identity solutions through one universal platform.

“I am very excited to be joining Adform during this period of incredible growth,” said John Piccone. “The opportunity for agencies and advertisers in the U.S. to leverage Adform’s cutting edge FLOW and ID Fusion technology platform is a game changer in terms of identity, creative and delivery management for a privacy-first world. As the advertising world continues its march towards driving their business goals through media, with the need for full transparency, no other company is in a better position than Adform.”

Julian Baring has served as Regional President, Americas since 2015. He will now oversee 250+ tech partnerships and integrations, developing new partnerships that benefit Adform’s 2,000+ clients around the world. John and Julian will report to Oliver Whitten as members of Adform’s Senior Leadership team. Both appointments show Adform’s commitment to the U.S. market as the company headquarters critical global functions from the United States.

“The open internet is fueled by partnerships across media, technology and data,” said Baring, “Adform has a fantastic opportunity both to build on existing relationships and develop new ones, to the benefit of our clients and the wider market. I am thrilled to be taking on this new challenge at the global level and look forward to working with John to scale Adform’s business both globally and in the U.S.”