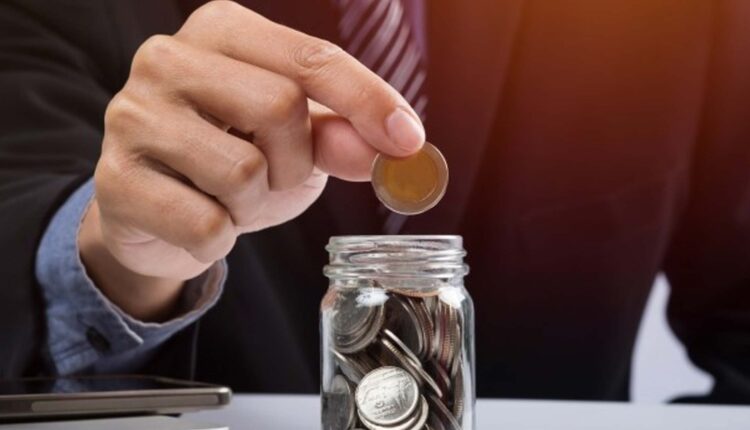 Coinhako and Appetite are proud to present Right Click + Save, Singapore’s first large-scale NFT exhibition bringing together some of the most influential artists and collectors of the digital and crypto art world.
NFTs have brought forth a much-needed wave of digital renaissance for artists, creative coders, and technologists. They have propelled the public to recognise the value of digital art with new importance, prompting crucial shifts in conversations surrounding art and visual culture.
Diving into the history and visual cultures of crypto communities, the exhibition features early artistic explorations around cryptocurrencies, from Sarah Meyohas’ Bitchcoin (2015) and Robert Alice’s Portraits of a Mind (2019), to the iconic RarePepe genesis NFT. Andy Warhol’s Untitled  (Flower) (circa 1985; minted 2021), Tyler Hobbs’ Fidenza series, Refik Anadol’s immersive data visualisation, and more, are placed in conversation with each other to trace the innovations of image-making technologies as well as their new identities on-chain.

The show will be open to the public from November 7, 2021 — November 14, 2021 at Fine Art Storage Services in Le Freeport, a high-security storage and display facility in Singapore.

A parallel metaverse exhibition will be curated on Spatial from November 7, 2021 — December 7, 2021. We will also host several online panels with participating artists, collectors and crypto leaders.
Yusho Liu, Founder and CEO of Coinhako noted: “NFTs have seen explosive growth this year and we can no longer ignore them. The advent of NFTs has opened a new paradigm for the creator economy, and similar to how we created a seamless gateway to digital assets, we now want to do the same for NFTs. As a business, we believe that NFTs have much potential to grow — considering their synergy with crypto, art, music, and esports. They are a new class of digital assets that will revolutionise the world, the way crypto already has.”
Kaushik Swaminathan, General Manager and Head of Research at Appetite commented: “NFTs are a natural extension of our longstanding interest in alternative and experimental modes of artistic production. Right Click + Save will show to a wider audience that this new medium is not just here to stay but to redefine the ways in which we interact with each other.”
THE COLLECTORS

Vincent Van Dough is a pseudonymous NFT collector, widely considered among the most influential in crypto art.

Shaun Djie is co-founder of Digix, the first digital smart asset company to be built on Ethereum Blockchain Protocol.

Raghav Sood is the VP of Strategy at Coinhako.

Andy Warhol is one of the defining artists of the 20th century. His work Untitled (Flower) is one of five unique NFTs of digital works created by the artist in the mid-1980s and recovered from obsolete floppy disks in 2014. The collection sold for $3.38 million earlier this year.

Michael Joseph Winklemann, professionally known as Beeple, is a South Carolina-based graphic designer and motion artist. His EVERYDAYS: THE FIRST 5000 DAYS was the first purely digital artwork offered at Christie’s and sold for a record-breaking $69 million.

Refik Anadol is a media artist, director, and pioneer in the aesthetics of machine intelligence. His body of work addresses the challenges, and the possibilities, that ubiquitous computing has imposed on humanity, and what it means to be human in the age of AI. Anadol’s site-specific audio/visual performances have been featured at iconic landmarks, museums and festivals worldwide, such as Walt Disney Concert Hall, Hammer Museum, Florence Biennale, and more.

Tyler Hobbs is a visual artist from Austin, Texas who works primarily with algorithms, plotters, and paint. His artwork focuses on computational aesthetics, how they are shaped by the biases of modern computer hardware and software, and how they relate to and interact with the natural world around us. His Fidenza series on Art Blocks is among the most sought after in the NFT ecosystem.

Benjamin Gentilli is a London-based artist and founder of The Robert Alice Project, a global art initiative to decentralise Bitcoin’s codebase into 40 fragments. Its launch at Christie’s has been widely credited as one of the major events behind the subsequent rapid growth of the NFT space.

Dmitri Cherniak is a Canadian artist and coder based in New York City. A leader in generative art over the past decade, he is the creator of the Ringers project, a series of 1,000 NFTs made up of automatically generated “strings and pegs.” Ringers #109 was sold for $6.93 million in October.

Raf Grassetti is both a digital and traditional artist based in Los Angeles, and among the best-known digital sculptors in the world. He was one of the topselling artists in Christie’s Proof of Sovereignty and Sotheby’s Contemporary Curated auctions.

Sarah Meyohas is a conceptual artist whose practice considers the nature and capabilities of emerging technologies in contemporary society. Her work Bitchcoin, a cryptocurrency backed by physical artworks, questions the speculative value of cryptocurrency and the ineffable value of art. Her work has been exhibited widely, including the New Museum of Contemporary Art, Barbican Centre, Jameel Arts Center, and more.

Rare Pepes are tokens minted as digital collectible cards in the mid-2010s by blockchain pioneers focused primarily on Bitcoin, and traded using a niche platform known as Counterparty. A card from the vintage collection sold for $500,000 in September.
XCOPY is a London-based crypto artist. Exploring themes of death, dystopia and apathy, XCOPY’s artworks feature distorted visual loops and flashing imagery warnings. He is considered as one of the early influencers of the crypto art movement.

Coldie is an award-winning mixed media artist whose stereoscopic 3D art has been featured in national juried art exhibitions, major cryptocurrency events, and live auctions. Currently working on series related to decentralisation, blockchain, and cryptocurrency, his works are seen as personalised visual representations of this disruptive industry.

0xDEAFBEEF is a generative audiovisual project started in 2010. Each piece is generated at the time of minting from a random hash value, influencing musical elements including tempo, timbre, pitch, and time signature. The corresponding visual component is a direct representation of the sound signal as it would appear on an oscilloscope.

The Future of Web Scraping and Alternative Data –…

Samsung and Sprinklr Partner to Reinvent the Shopping…