Inventor of AutoPlay for Streaming, Robocast Adds to Leadership Team 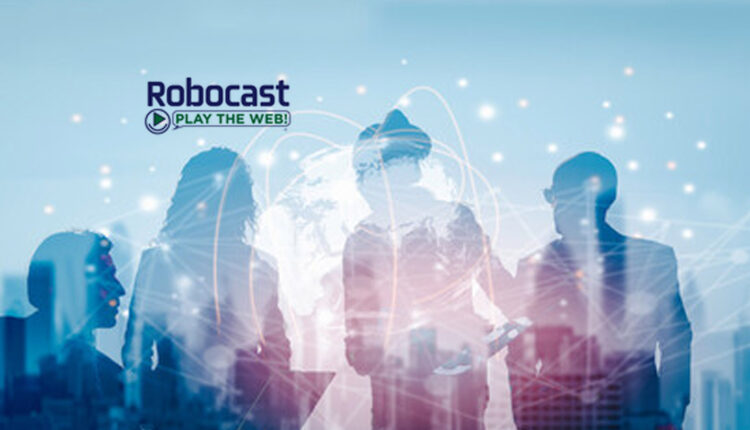 Robocast Inc. founder Damon C. Torres, the inventor of the now ubiquitous AutoPlay for Streaming, announced the appointment of senior investment professional Ed Robertiello as Interim President. He is joined by incoming Robocast advisory board chairman Charles Millard, and both Woody Freiman and Peter “Rafe” Rafelson as advisors. Before assuming his current role as interim president, Robertiello served as an advisor to Robocast where he helped plan for the team to scale, onboarding Bruce Barnet and Joel Bluestein as additions to its board of directors, and leading efforts to bring in a host of other investors, staffers, and advisors who will be announced soon.

“I look forward to working further with the board, staffers, stakeholders, and advisors during this exciting period of innovation for Robocast. The platform that Robocast has built largely in secret for years is going to change the whole media landscape when we formally launch in 2022,” said Robertiello. “Damon literally invented the “Automated Browsing System for Publishers and Users…” which we know as AutoPlay for Streaming today. To date, his predictions on the adoption and evolution of this groundbreaking technology have been spot on. We’re here to support his passion and vision of what’s to come and to turn many more of his lucrative ideas into reality — while providing fair trade solutions — in the near future.”