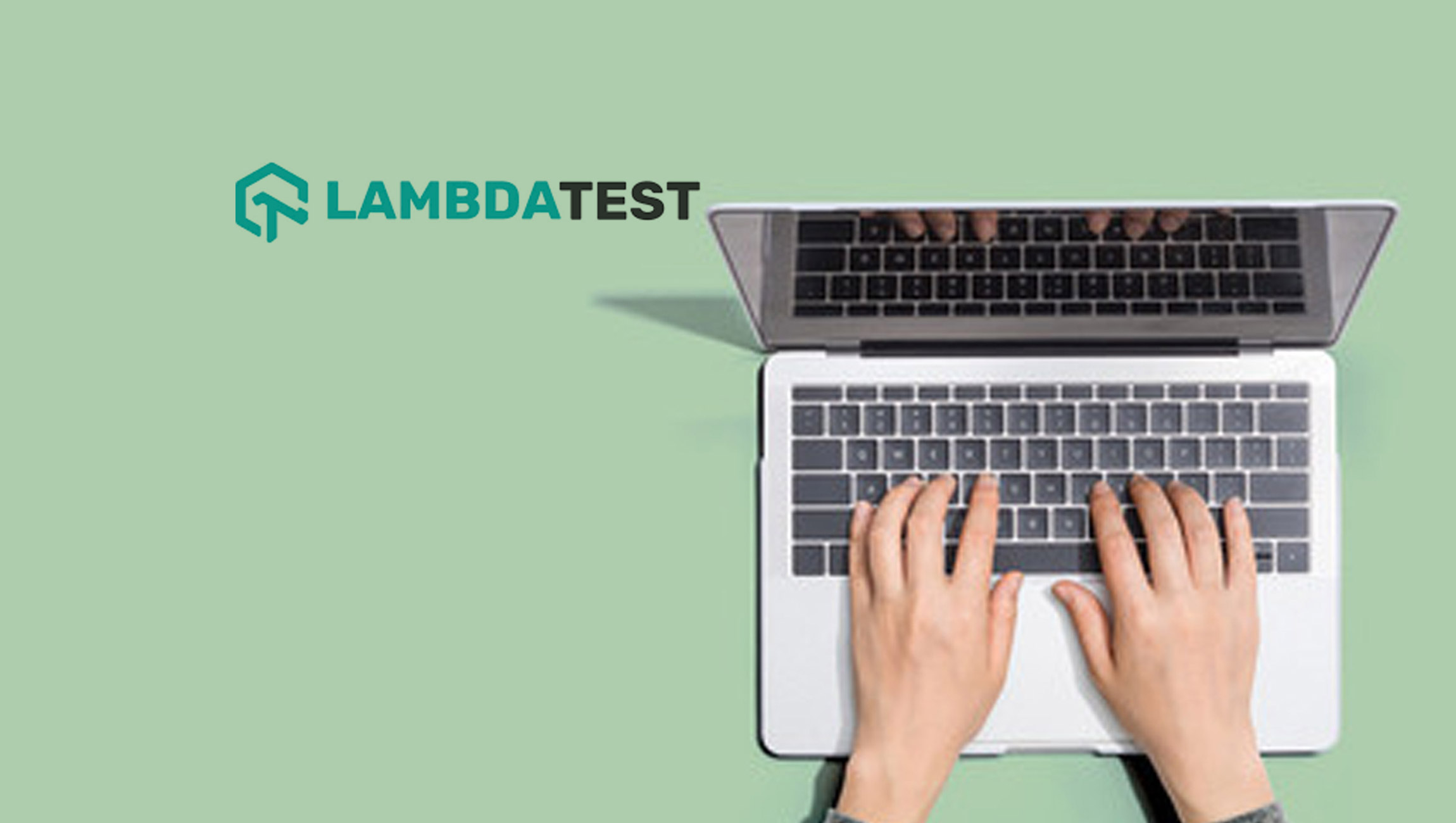 The company will use the funding to further the innovation that will push the boundaries of cloud-based test orchestration in terms of execution speed, performance and reliability

LambdaTest, a leading end-to-end cloud-based test orchestration platform, has closed a total of $45 million in a venture round led by Premji Invest with participation from existing investors Sequoia Capital India, Telstra Ventures, Blume Ventures, and Leo Capital. Sandeep Johri, Ex-CEO and present board member of Tricentis, has also angel invested in this round.

LambdaTest, which is on a mission to push the boundaries of execution speed, performance and reliability of test execution, will majorly use the capital for new product innovation. A part of the funds will be used to enhance the existing product capabilities and accelerate growth. The company is also looking to hire across multiple roles and geographies.

LambdaTest’s core test execution platform allows users to test their websites and apps on over 3,000 different combinations of browsers, operating systems, and their many versions, and also real devices. Testing of digital assets is important for businesses as they have little to no control over the preferences of their customers when it comes to phones, browsers or operating systems. Hence to provide a seamless customer experience businesses have to be on top of their testing game.

More importantly, with the ever-increasing pace of innovation in the digital world, testing is shifting left, which means that software testing is performed from the very early stages of product development and involves both developers and testers (QA), as compared to the earlier ‘waterfall’ model where testing was the last step before the product launch. This increasing need has made businesses yearn for cloud-based solutions that have been optimized for speed, performance, and reliability.

“We are razor focussed on making the lives of developers and QA teams easier when it comes to test orchestration and execution. Over the past few months, we’ve released HyperExecute, a next-gen smart test orchestration platform to help businesses run end-to-end automation tests at the fastest speed possible. We will soon be launching our test intelligence platform Test-at-Scale (TAS). It is already in beta. We are also continuously enhancing our core execution platform’s capabilities,” said Asad Khan, chief executive officer, LambdaTest. “This funding round will enable us to keep innovating and accelerating growth. We are on a mission to build the best test execution platform for the developers and testers community.”

Founded in 2017, LambdaTest had earlier raised close to $25 million in funding from investment firms such as Sequoia Capital India, Telstra Ventures, Leo Capital Holdings, Blume Ventures, and others.

LambdaTest’s platform is used by over 1 million developers and testers globally. The company has run more than 100 million tests since its inception and has grown its business by 300% in the last year. Using the company’s offerings, its customers were able to achieve 95% quicker time-to-market, increase their release productivity by 62% and identify 67% of issues prior to launch.

“LambdaTest is helping businesses orchestrate their test execution by providing them cost-effective and scalable solutions while giving them improved control over their existing infrastructure without the need to add more to it. They are pushing the boundaries of speed, reliability and performance of test execution. We are happy to partner with this super ambitious LambdaTest team that is looking to change the face of test execution,” said Atul Gupta, Partner, Premji Invest.

LĒVO Doubles Engagement and Increases Conversion by 29% with…