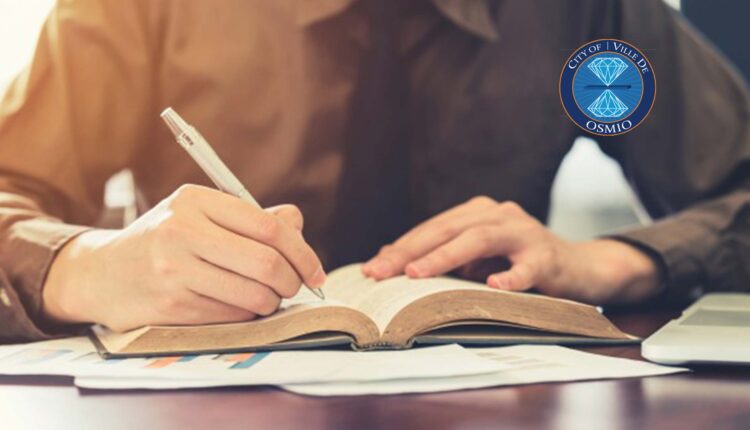 Videos, images, and news stories can now be digitally signed by their creator, letting anyone know exactly what individual is responsible for the content, and further that not a single pixel or comma has been changed since that content was created and published.

“Digital signing of images, stories, videos and other content has always been possible,” says Wes Kussmaul, who manages Osmio’s Professional Licensing Department, “but until now readers and viewers had no way of knowing exactly who did the signing. Now, with Osmio’s Identity Quality Assurance system the reader can not only check the signature’s validity but also know that the identity of the signer is measurably reliable. Just click on the signature and it will show what individual reporter takes responsibility for it, that their identity claim is measurably reliable, and that nothing in the content has been changed since they digitally signed it. And when the content gets republished elsewhere, the signature can go with it and still be verifiable.”

The signing takes place through the use of the “Privacy PEN™” accompanying the signer’s Reporter’s Credential, which technologists will recognize as an example of a PKI private key accompanying a digital identity certificate.

Kussmaul further explained, “The Reporter’s Credential is a digital certificate that is bound to the reporter’s basic digital identity certificate, which is kind of like a digital birth certificate. Anyone can enroll to get a basic certificate and the accompanying Reporter’s Credential. The procedure requires a session with a Remote Online Notary, where identity verification procedures are performed. Then the enrollee’s iPhone or Android phone is made to generate pairs of cryptographic numbers. Half of the numbers then become the subject of a certificate signing request, after which Osmio’s certification authority digitally signs its content, which becomes the enrollee’s digital identity certificate.” Kussmaul adds, “I know it sounds complicated. But just as the makers of your phone bury its complexity, we’ve buried the complexity to provide a simple user experience.”

Kussmaul noted that the cost of the enrollment process varies widely, depending upon the required identity quality score, adding that “since the use of the Reporter’s Credential benefits everyone who is concerned about fake news, deep fake videos and other forms of inauthenticity, we’re hoping that people will donate to a fund to pay for enrollments of individual reporters. After all, you’re getting the benefit of the reporter’s accountability in cleaning up the vast amount of BS circulating on the Net.”

Contributors who choose to use an identity display badge noting their own identity credential will be entitled to an A symbol on their own badge that notes that they took a stand for integrity in reporting.

Zendesk to Be Acquired by Investor Group Led by Hellman…