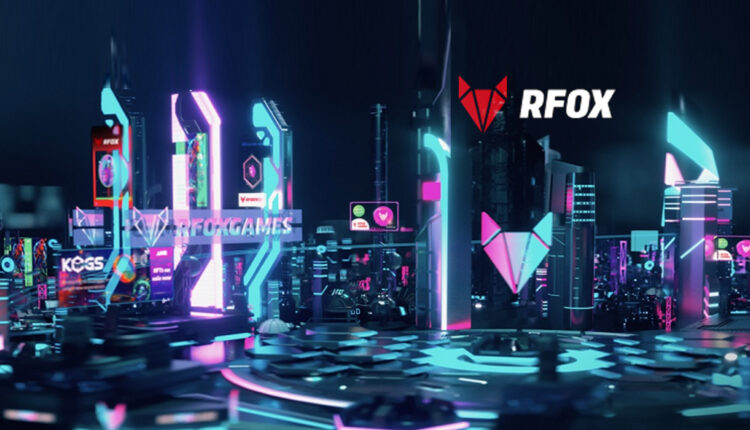 RFOX, the leading Metaverse platform provider for creators, demonstrates the value of its technology with the RaSNIA:FEAR VR Game.

RFOX, the leading Metaverse platform provider for creators, has demonstrated its metaverse technology’s utility and ease of use by showcasing the newest and most successful creator project – RaSNIA:FEAR. RFOX VALT is the metaverse platform that has been built along with a number of creator tools such as an art generator, blockchain transactions, and NFT mint lab enabling creators to mint NFTs as a standalone collection or linked to their metaverse project.

The RFOX platform has made it possible for the creators of RaSNIA:FEAR to launch their game in record time and with reduced costs. The collaboration between RFOX and RaSNIA:FEAR to integrate the game’s elements with the RFOX VALT environment, strengthened by the ease of use tools, and other new technologies, made it possible for the virtual reality game to be successfully completed.

RFOX VALT’s integration of RaSNIA:FEAR is a significant milestone in the RFOX-branded metaverse’s mission to be a complete immersive ecosystem. It also serves as a starting point in RFOX’s mission to work with more gaming projects to be launched in the RFOX VALT. In the future, the company intends to provide software development kits (SDKs) that will enable users to directly integrate their projects into the RFOX VALT.

Other gaming integrations planned for the RFOX VALT include support for different prefabs (or ready-to-use objects) with functionalities that would help users to create gameplay within their RFOX VALT SHOPs and elsewhere. These creator tools will help developers in making their own ground-breaking games, like how the team behind RaSNIA:FEAR did it. RFOX is also working on the possibility of adding more NFT functionalities into metaverse-hosted blockchain gaming. RFOX will provide more details about upcoming solutions of this nature in the future.

“It’s an extremely proud moment for the RFOX VALT metaverse and the RFOX platform as a whole,” said Ben Fairbank, CEO and Co-founder of RFOX. “We are now seeing companies able to utilise the tools we provide to complete projects cheaper, faster, and with fewer resources than would have been previously possible. By using the tools available on the RFOX metaverse platform, RaSNIA was completed in 3 months for what typically takes 1-year. It was also completed with a fraction of the cost and workforce previously required.”

The RFOX metaverse platform provides creators with the ability also to commercialise their projects in multiple ways. A number of adjunct tools enable creators to design content using the art generator, create NFTs from any content using the Mint Lab, and sell their virtual or real assets on the RFOX Marketplace. RFOX TV also enables creators to promote their projects by uploading or streaming live videos. The tools available collectively provide a compelling reason for creators to develop and commercialise their content on the RFOX platform.

The commercialisation of RaSNIA:FEAR has just begun, but the results so far are very promising. A collection of 10,000 RaSNIA:FEAR NFTs representing Witches, Gargoyles, Hunters, Healers, or Konchimas was minted out within an hour of the public release. All of the NFTS represent playing pieces within the VR blockchain game.

“The opportunity to build the beginning of what will be a series of chapters for RaSNIA has never been easier,” said Rene de Guzman, Community Manager for RaSNIA:FEAR. “The game was previously conceptualised using traditional methods, and it would have cost significant time and money to deploy it that way. Fortunately, the RFOX VALT platform allowed for the incubation and deployment of the FEAR chapter in a much faster time and at a fraction of traditional costs. To be able to deploy multiple chapters of a world inside a metaverse platform and commercialise the game this early in the evolution of metaverse technology is a credit to RFOX and the team.”

Other gaming integrations planned for the RFOX VALT include support for different prefabs (or ready-to-use objects) with functionalities that would help users to create gameplay within their RFOX VALT SHOPs and elsewhere. These creator tools will help developers make their own ground-breaking games like the team behind RaSNIA:FEAR did. The new RFOX platform provides endless possibilities for gamers around the world. We can’t wait to see what else developers come up with in this new era of gaming!

Marketing Technology News: How Smart App Developers are Growing Their IDFA User Base