Sensorium Announces the Development of UNDER – A Pioneering P2E Metaland Platform 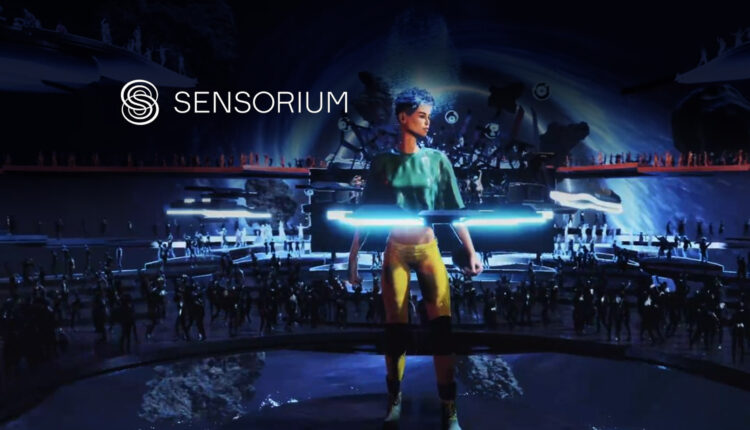 Sensorium, the leading tech company behind the Sensorium Galaxy metaverse, is unveiling its latest groundbreaking project dedicated to exploring the wide potentialities of metaverse real estate as an emerging asset class – UNDER.

The upcoming UNDER virtual land platform features NFT parcels with built-in game mechanics and an extensive upgrade system tied to original play-to-earn games. UNDER PLAY, the project’s gaming library, is set to include a vast range of casual P2E titles, which will be regularly updated to include latest releases.

The web3 initiative is centered around the virtual land of UNDER – a mystic planet in the Sensorium Galaxy metaverse along with the PRISM world, where the world-renowned stars, from David Guetta to Steve Aoki will perform exclusive shows.

The UNDER planet is an attraction to metaverse miners given the unique presence of SENSO Aura (SAr), a valuable resource that can be used across the Sensorium Galaxy metaverse or exchanged for fiat money.

Sensorium plans to release a total of 100,000 parcels for players. Each plot will feature in-built games enabling the mining of valuable resources. The UNDER experience offers three pathways for users to obtain these resources and get revenue: landless players can rent parcels from Sensorium or other players, while land owners can play themselves or stake / lend their parcels to other users for the revenue share. The more parcels owners stake, the more likely they are to obtain profit through other players’ winnings. The land owners can also upgrade their parcels with new games from UNDER PLAY gaming catalog, thereby making their parcels significantly more attractive to other users.

“We recognized a market niche and identified consumer demand for virtual land projects that aim higher than simply offering static land parcels for collecting or re-selling purposes. The fact is that metaverse users are fast becoming savvy and demanding customers. And as we step into the next generation of digital experiences in a web3 world, we understand that virtual land parcels must have compelling utility, including incredible game mechanics and a sustainable play-to-earn model to support the overall ecosystem. UNDER is Sensorium’s high-up Web 3.0. We are very excited about the project coming to life in the coming months”, explains Alex Kim, Sensorium’s Chief Monetization Officer.

With the goal of making UNDER an experience for everyone, Sensorium will be focussing on a roll-out that has an equal appeal to the crypto community and beyond, as the company continues its efforts in helping internet users transition from traditional web2 gaming platforms into web3 experiences.

Furthermore, UNDER will allow our vast community and fans to start contributing and interacting with the metaverse following its public release.