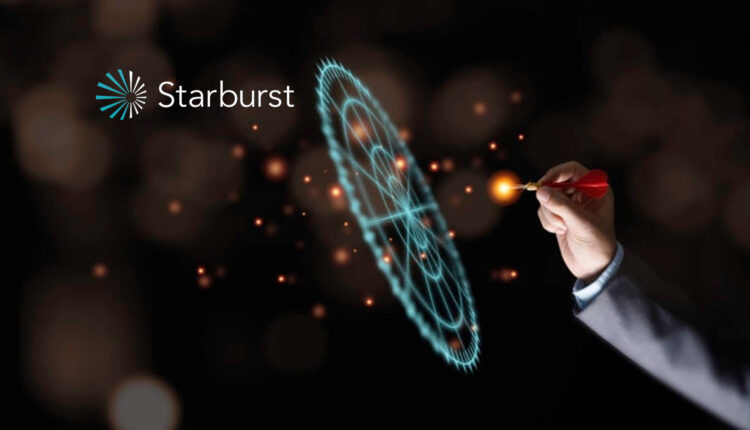 Starburst, the analytics anywhere company, today reported record-breaking company growth in 2020 as it closed out its fiscal year in January.  This milestone year was driven by the accelerated move to the cloud and heightened demand for query engines that can analyze distributed data.

“2020 posed incredible challenges for businesses across every industry—and many turned to initiatives that would accelerate data-driven decision-making,” said Justin Borgman, Starburst co-founder and CEO. “Chief Data Officers have been steering their companies through this tumultuous time with better utilization of data. We’re able to help data teams unlock more data for analytics to drive better business outcomes. We’re doing this uniquely at the speed and scale that large enterprises demand, and are honored to help our customers achieve their goals through better decisions on more data.”

Company Growth and MilestonesEarlier this year, Starburst announced $100 million in Series C financing, bringing the three-year-old company’s total financing to $164 million and valuation to $1.2 billion. The financing round was led by Andreessen Horowitz, with participation from Salesforce Ventures, as well as existing investors Coatue and Index Ventures.

Since its inception in 2017, Starburst has enabled organizations to modernize their data access and analytics. Based on open-source Trino, Starburst Enterprise addresses data silo & speed of access problems, while providing critical enterprise-grade features to ensure security, scalability, ease of deployment, and support. This has resulted in Starburst’s customer base more than doubling year-over-year. Starburst customers include Comcast, FINRA, Condé Nast and Zalando. Starburst Enterprise received InfoWorld’s 2021 Technology of the Year award, with James R. Borck stating, “Starburst Enterprise is the hands-down leader when it comes to tapping disparate, distributed datasets for analytical queries.”

Additionally, Starburst hosted Datanova, its first two-day virtual user conference which gathered over 3,000 attendees and industry leaders who discussed how to help enable data teams to get the most and best out of their data.

Starburst is now reaching more organizations than ever. The company adapted to the changing demands sparked by the pandemic by introducing new initiatives and solutions tailored to help with customers’ most pressing needs.

“There’s tremendous potential to accelerate digital transformation through better use of data,” said John Tobin, President and Co-founder at Slalom. “As we lead organizations through their transformations, the partnership with Starburst is very promising as it accelerates informed decision-making by expanding the breadth of data access, at scale.”

Team Growth and International ExpansionStarburst headcount grew 3X year over year, with key leadership hires including Jess Iandiorio as CMO, Jordan Ostroff as VP, Sales, Niall Fitzpatrick as VP, Customer Success, Ken Pickering as VP, Engineering, Toni Adams as VP, Partners and Alliances, and the fourth and final Presto co-creator, Eric Hwang, to join Martin Traverso, Dain Sundstrom, and David Phillips, ensuring all for co-creators of Presto are now on the Starburst team. PrestoSQL was rebranded to Trino in December 2020.

While Starburst was a European-American company to start, with many co-founders based in Poland, Starburst invested in building out a go-to-market function based in the United Kingdom led by Daniel Cuffley, VP of EMEA Sales.