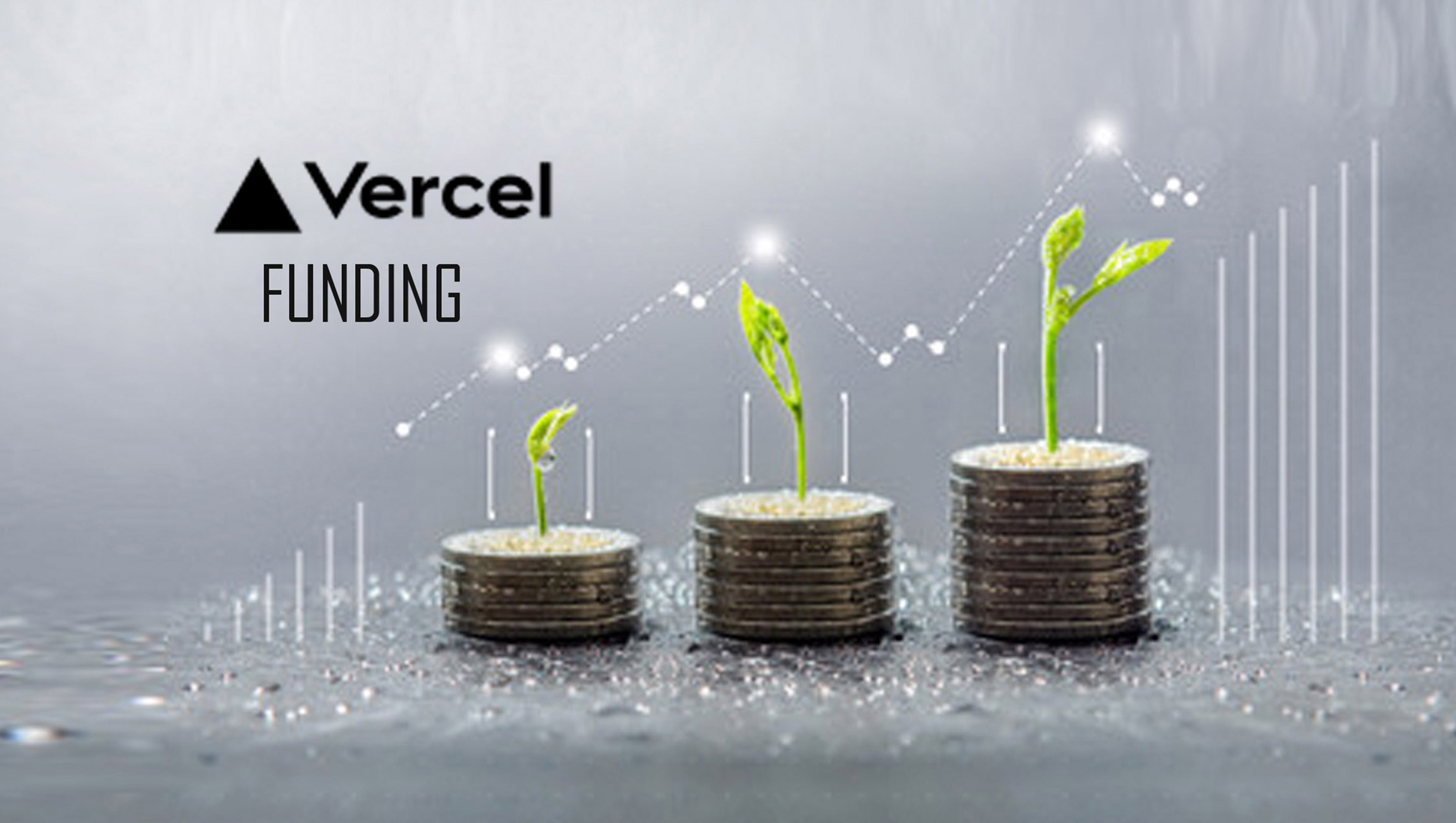 Vercel, a platform to develop, preview and ship websites, from single static pages to apps with billions of dynamic pages, and creator of Next.js, the leading React and JavaScript framework for frontend web development, announced that it has secured $150M in Series D funding at a $2.5B valuation. The round was led by GGV Capital, with participation from existing investors Accel, Bedrock Capital, CRV, Geodesic Capital, Greenoaks Capital, GV, 8VC, Flex Capital, Latacora, Salesforce Ventures and Tiger Global, along with new investor SV Angel. The new funding, which brings the total raised to $313M, will be used to further scale the Vercel team globally, for research and development to drive platform innovation, and to accelerate adoption among the world’s biggest companies.

“Vercel founder and CEO Guillermo Rauch and his team are adding new customers at a breathtaking pace, including some of the biggest and most innovative companies in the world, making Vercel one of the most exciting product-led growth companies we’ve encountered. The future is very bright for Vercel.”

Vercel combines the best developer experience with an obsessive focus on end-user performance. The Vercel platform enables frontend teams to do their best work and is the best place to deploy any frontend app. Developers can start by deploying with zero configuration to the Vercel global edge network and scale dynamically to millions of pages. Developers love Next.js, the open source React framework Vercel built together with Google and Facebook. Next.js powers the world’s largest websites including TikTok, Hulu, GitHub, Ticketmaster, and TripAdvisor for use cases including e-commerce, travel, news and marketing.

“Vercel has taken the world of frontend web development by storm. Built by developers for developers, Vercel created and continues to build Next.js into the dominant React framework. At GGV Capital we believe every company in the world is becoming a software company, and Vercel’s ability to deliver both fast front ends and customized user experiences is helping power this trend,” said Glenn Solomon, Managing Partner, GGV Capital and new Vercel board observer. “Vercel founder and CEO Guillermo Rauch and his team are adding new customers at a breathtaking pace, including some of the biggest and most innovative companies in the world, making Vercel one of the most exciting product-led growth companies we’ve encountered. The future is very bright for Vercel.”

It has gained strong momentum since its Series A in April 2020. Next.js has grown 300%, with weekly npm installs rising from 500k to 2M. The number of individual Next.js contributors has doubled to 1,800 and traffic on the Vercel Edge Network has grown 700%, with requests rising from 3B to 24B+ per week.

“The speed with which both the use of our platform and this market have expanded is simply astounding, and the strong support we have seen from our investors has been a major contributor to that growth,” said Guillermo Rauch, CEO of Vercel. “With the web increasingly becoming the go-to platform for major app development and deployment and Next.js at the core of that movement, Vercel’s relevance and criticality only continues to grow. We look forward to using these funds to put even stronger capabilities into the hands of developers, faster. By working closely together we can continue to create the next big things.”

Fobi Announces The Commercial Launch Of PulseIR With First…