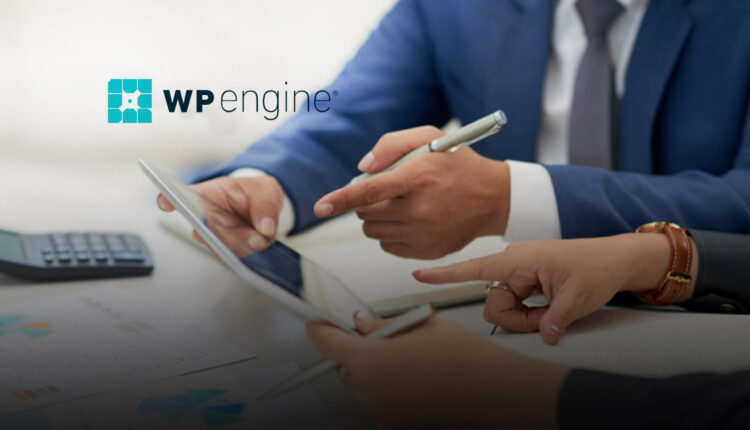 WP Engine, the world’s most trusted WordPress technology company, announced the results of a new, first-of-its-kind research study examining the combined global economy for WordPress, which was estimated at $596.7 billion in 2020, and is expected to grow to $635.5 billion by the end of 2021. The study examined both the economic value of the WordPress ecosystem and the social impact of this ever-expanding community of open source developers, agencies and users.

To put the global WordPress economy in context, if WordPress were a country, its economy would rank 39th in the world according to an IMF list of countries by GDP. The estimated 2021 economy facilitated by WordPress is comparable to that generated by the Apple App Store at $643B, and if it were equivalent to the market cap of a company it would come in at no. 10 on the list of companies by market capitalization (as of May 13th), bigger than that of the world’s most valuable automaker, Tesla at $550.72B.

“As no reliable benchmark valuation of the WordPress economy currently exists, we needed to innovate a methodology and solution for arriving at a reliable valuation”

The research, commissioned by WP Engine and carried out in the U.S., UK and Australia by Dr. Chris Brauer, Director of Innovation in the Institute of Management Studies (IMS) at Goldsmiths University of London and Vanson Bourne, was undertaken to assess the economic value and the social impact of WordPress. It included a comprehensive review of academic and industry literature, including adjusting OECD economic indicators for digital economies as well as complementary primary data and analysis of economic value through industry valuations and projections from surveys of WordPress Economy research group members, 400 businesses and 400 WordPress end users.

The study also brought together an incredible, broad group of more than 100 collaborators (listed below) representing a cross-section of the various, dynamic aspects of the WordPress ecosystem: hosts, agencies, publishers, plugin and theme providers—all businesses which derive revenue in some way from WordPress and helped provide guidance on the study.

“This groundbreaking research shows the definitive leadership role WordPress plays in the global digital economy,” said Heather Brunner, Chairwoman and CEO of WP Engine. “A $596.7B economy is such a validation of the value that WordPress, its ecosystem and its robust community bring to the world. In the future, as WordPress looks to cross 50 percent of the web we see it playing an even larger role with individuals and businesses of all sizes as they connect, collaborate and accelerate their business growth through this incredible open source platform.”

“As no reliable benchmark valuation of the WordPress economy currently exists, we needed to innovate a methodology and solution for arriving at a reliable valuation,” said Dr. Chris Brauer Director of Innovation in the Institute of Management Studies (IMS) at Goldsmiths, University of London.

“In this process we created a model that not only accounted for WordPress’ financial value, but also measured the intangible contribution from the open source community and external factors that are beyond the market’s control such as the pandemic. Our interdisciplinary research team of social scientists, statistical modellers and economists used a mixed methods approach to analyse the value of WordPress resulting in an innovative socio-economic model that accounted for user-specific data that reflects WordPress’ financial value, intangible contribution and the situational contexts of external factors.”

Market data indicates that a tremendous share of the economic value generated in the digital economy comes from websites, which could be partially attributed to the foundational role of WordPress in enabling economic expressions and interactions. WordPress is the most dominant content management system (CMS) on the market, with a significant proportion of market share, averaging at 64.8 percent,1 much higher than all of its competitors combined. WordPress currently powers more than 41.4 percent of the Internet.2 As of December 2020, WordPress has become the primary type of site on the Internet.

“With open-source software, we can modify it, update it, reuse it; I think there is a lot of power there,” said Juan Garcia, Head of Technology at whiteGREY in Australia. “That’s something that has been very interesting coming from a services company—if you do things well, put a bit of time and contribute into the community, it can become a great source of revenue.”

Growth within the WordPress ecosystem is not only reliant on economic elements but is also driven by social contributors. Social factors increase the value of the ecosystem within the community and lead to higher levels of innovation. A combination of all these factors—economic, social and innovation—can allow businesses to achieve the full potential and benefits of WordPress.

Guy Martin, Executive Director, OASIS Open, suggests the WordPress ecosystem is reliant on the core concepts of, “consume, contribute, and build value.” Built on these principles, WordPress pushes the boundaries of digital innovation toward an environment that understands how achieving economic value is crucially connected to building social impact.

Martin added “The secret sauce of open source is people—its community. And that to me has always been the most valuable piece of what open source is—building that community development model, building that ability to tap and harness people no matter where they are.”

“WordPress is the commons of the web,” said David Lockie, founder of Pragmatic. “It allows people to communicate with freedom. And that creates tangible value and wealth, but it also creates intangible value for our societies in this time of centralization of power. Two very different, but very critical values.”

WP Engine Powers Your Freedom To Create With WordPress.

The research design used a mixed method approach to create a credible and empirically-driven assessment of the value of WordPress and resulted in our model and economic value equation. The methods used were: