The Changing Contours of the Video Entertainment Landscape Amidst the Lockdown 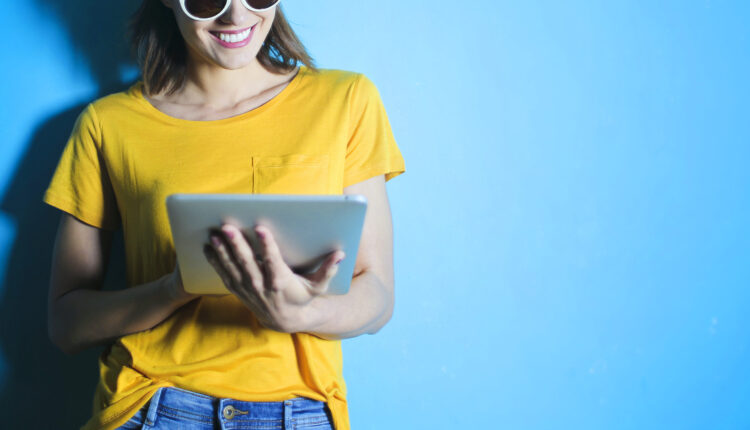 This year has become a profitable one for the streaming video entertainment ecosystem and ad-supported platforms in particular. In 2020, for the first time, streaming platforms became the #1 place where viewers come for video content, abandoning cable and live TV.

Before the pandemic, ad budgets had already started following the viewers, who were gradually moving from linear TV to CTV. But since March, ad money flow has seen especially steady and fast growth. This is partly due to a surge in streaming viewership, which has driven the availability of inventory. Hence, streaming services providers rolled back their ad prices by 5% to 10%, creating a higher share of upfront ad dollars to roll in.

At the same time, streaming platforms keep propelling their own ad opportunities, aimed at CTV channel owners looking to grow their own channels. The evolution of the streaming ecosystem has also caused the growth of companies specializing in CTV apps development, monetization and advertising. As 2020 was so unusual, it might be worth taking some time to ask ourselves the following questions. What other changes has the industry seen during the past 7 months of the lockdown, and what long-term trends have we observed?

According to the recent OTT Executive Summit, video viewing has increased dramatically compared to the pre-pandemic period. In March, during the first lockdowns, streaming service viewership surged by 33%. This won’t be the last time we hear about streaming viewership, but 2020 became the first year in which streaming surpassed live TV for watching videos.

The amount of time spent with streaming TV also looks impressive: two-thirds of viewers watch streamed content every single week, while 32% have daily video consumption habits. This trend has also seemingly resulted in the growing number of OTT subscriptions. For instance, in the US, Netflix alone is expected to get over 185 million subscriptions. And that’s not to mention that the number of households subscribed to 3 or more streaming services continues to grow, accounting for 37% of viewers so far.

This means that ad dollars will follow eyeballs, with increased spending and focus on CTV/OTT. Based on this eMarketer’s study, advertisers are planning to increase their ad spending on OTT/CTV in H1 2021 (by 22%).

As the great migration of cord-cutters continues, media companies predict that over the next 5 years we’ll see around 50-60M US households shift from pay-TV to CTV. Among the key reasons for this is the audience of 18+ consumers who now choose streaming platforms as their primary channel. And the stay-indoors mentality has had its role to play in that phenomenon as well.

This is expressed in figures: since the lockdown started, 9.1% of subscribers have canceled their cable TV services entirely and moved on to streamed video content in comparison, this share accounted for 8.8% in 2019.

The changes that SVOD and AVOD services have experienced over the last 7 months also provide an interesting perspective on current trends. SVOD as a category continues to trend through the roof as consumers add subscriptions: 73% of US households subscribed to at least 1 SVOD, while 37% use 3 or more SVOD services.

“One thing that is super interesting is the motivation to sign up for a paid SVOD”, says Andrew Hare, Senior Vice President, Research at Magid. “For 63%, this motivation to sign up relates to the content: they want to watch exclusive content, access older videos, or subscribe on specific SVOD because other streaming services don’t have the content they want, for instance, Stranger Things is available only on Netflix. Plus, there are a lot of non-content reasons coming into the fold. Hence, 83% of subscribers are guided by non-content reasons, like: Is it a good deal? Am I able to afford it? Can I watch it on multiple devices? Can I watch it with my friends so we could watch the same shows?”

AVODs are also having their time in the sun, as advertisers see them as a great way to reach out to new audiences. Thanks to granular targeting, AVOD ad buys look and feel to advertisers like social media ads, letting them break out criteria, get measurable results and optimize their campaigns –  all parts of a promising and easy to use ad channel.

The top AVOD streaming services with plus 10% viewership increases since March are:

“This has been a big year for AVOD, certainly. For the first time, the majority of people of 18+ in the US said they watch AVOD. What else is interesting is that 51% tell us that they would prefer an advertising-based free model versus subscription with no ads or EST (electronic sell-through) in terms of how they prefer to watch streaming television shows,” says Hare.

How to get the most out of this increased viewership for advertisers and CTV channel owners remains an open question. Of the streaming-only platforms, Roku, and of course Amazon, seem to be the strongest in terms of advertising opportunities. Specifically, Roku allows brands to use their own user data to target audiences across CTV. However, there are limitations within Roku’s ad solutions, especially for channel owners, which frees up space for monetization platforms that can help publishers get better outcomes at lower price points.

To what extent are advertising budgets switching to a focus on CTV/OTT?

Advertisers are getting increasingly interested in pouring ad dollars into streaming TV, especially as they cut back on other channels like online display ads and print media. And these savings are finding a new home in video – in particular, CTV. An adjusted forecast from eMarketer projects that US CTV ad spending will increase by 25.2% by the end of the year, with monthly subscription OTT viewers growing from 192M to 207M.

There is no evidence that the lockdown will end anytime soon, despite current vaccine progress, meaning that staying in remains the watchword in many areas. And with current trends moving the way they are, video and CTV advertising can no longer be ignored. As video dominates how much time people spend on their entertainment, as well as growing CTV/OTT viewership and cord-cutting trends, both advertisers and publishers will need to begin refocusing their ad dollars onto the platforms that will help them get the biggest bang for their buck.

The Great SMS Comeback: How The Demise Of Third-Party Cookies Is A Triumph For Texts

Heap Unveils Heap Illuminate, A Suite of Tools That…