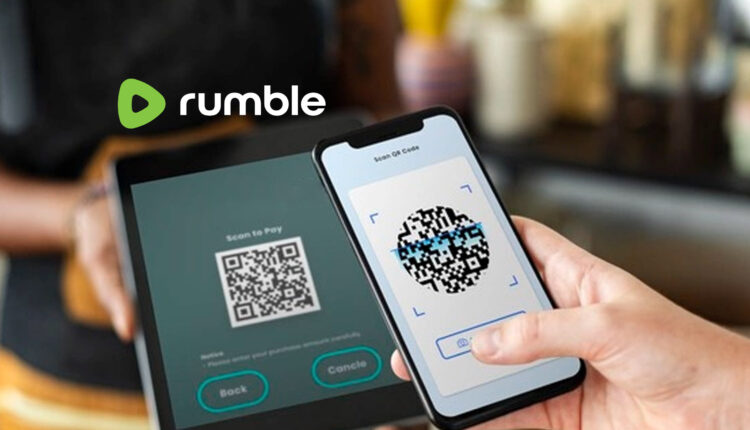 The video platform Rumble announced that it has taken a stake in Parallel Economy, a transformative payment processing company. Rumble’s investment in Parallel Economy furthers the company’s mission to build the rails and independent infrastructure for a digital economy immune from cancel culture.

Founded in 2021, Parallel Economy is creating a financial ecosystem where creators can participate in the marketplace of ideas. Parallel Economy was started by Dan Bongino, the host of a nationally syndicated radio show and cable television news program, and Jeffrey Wernick, an early bitcoin adopter and angel investor.

“Our mission is to eliminate every chokepoint and backdoor to cancel companies like Rumble and our creators,” said Rumble CEO Chris Pavlovski. “This investment in a digital payment processing system is another example of Rumble’s commitment to put creators first. With Parallel Economy, creators won’t have to worry about arbitrary cancellation. Giving creators financial security is a critical part of Rumble’s mission to protect a free and open Internet.”

“Partnering with Rumble allows Parallel Economy to continue building the infrastructure we need for an economy free from discrimination,” said Dan Bongino. “We won’t decide who gets access and who doesn’t based on constantly shifting standards. Instead, our new economy is built on freedom. A payment processing platform is an important step toward achieving true independence.”

“We make no claim that to place ourselves above others, standing in judgment and deciding whether their ideas or commerce deserve access,” stated Jeffrey Wernick. “Parallel Economy is a network of peers in support of each other to facilitate the voluntary exchange as seamlessly and frictionless as possible. We believe that the solution to society’s problems is commerce and conversation, not cancel culture.”

In exchange for its stake, Rumble will make Parallel Economy its preferred payment processor and encourage all creators and users on the Rumble and Locals platforms to use Parallel Economy.

Rumble is a high-growth neutral video platform that is creating the rails and independent infrastructure designed to be immune to cancel culture. Rumble’s mission is to restore the Internet to its roots by making it free and open once again. Additionally, the company announced in December 2021 the execution of a definitive business combination agreement with CF Acquisition Corp. VI

Marketing Technology News: Rumble Moves a Significant Portion of Its Ad Inventory to its own Advertising Center

Near, a Global Leader in Privacy-Led Data Intelligence, to…