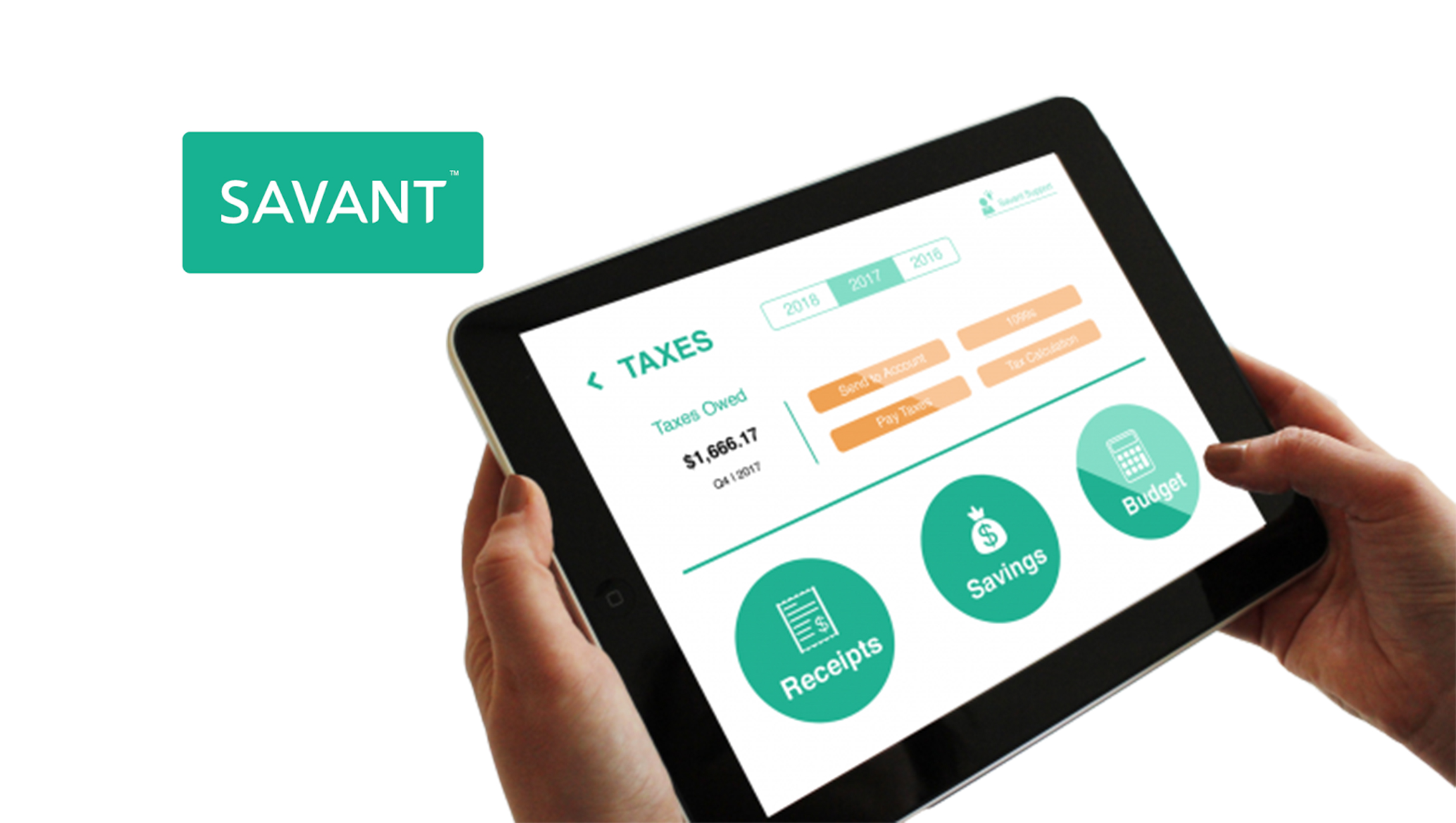 Hailing from Chicago’s booming innovation ecosystem, three of the Nation’s prominent tech leaders have joined forces to create a startup that will forever change the sharing and gig economy (also known as the “platform economy”). Former SVP at Motorola, Google, and Lenovo, Iqbal Arshad, former Techweek COO, Chris Bordeaux, and accomplished tech entrepreneur, Jason Randolph, are proud Co-founders of SAVANT™ – the first and only software dedicated to empowering entrepreneurs in the new platform economy with central control of their business.

With currently over 12 million platform entrepreneurs in the U.S. and Europe (Uber drivers, Airbnb hosts, Turo renters, etc.), this segment of the economy is projected to grow by over 800 percent to exceed $325 billion by 2025, according to the Brookings Institution. With the growth of platform entrepreneurs, who often have limited financial management experience, the IRS has increased the number of tax penalties over the past five years by 42 percent, citing a lack of quarterly tax payments and tax filing errors. Randolph, Arshad, and Bordeaux are motivated by their determination to empower these entrepreneurs to thrive and retain more of their hard-earned money.

Jason Randolph, CEO of SAVANT., explained, “The sharing and gig workforce is the future of the dwindling middle class. The platform economy provides individuals from all walks of life the opportunity to achieve financial independence as entrepreneurs, while also enabling them to choose how and when they work. Flexible work hours are highly valued by today’s workforce, providing more time with family.”

The Idea Behind Launching SAVANT

The idea for SAVANT originated from Randolph’s hands-on experience in the platform economy. Following the sale of his previous SaaS firm, Randolph began renting out his vehicle on the peer-to-peer car sharing services Getaround and Turo to earn supplemental income.

What was intended to be a small, experimental endeavor, turned into a large-scale operation that led him to acquire an entire fleet of vehicles that produced substantial earnings? Through this eye-opening experience, Randolph was able to identify not only the prosperous opportunities of the platform economy but also the significant and consistent challenges faced by all platform entrepreneurs.

This revelation led him to join forces with Bordeaux, whose passion for entrepreneurial empowerment led him to become the COO of Techweek.

Shortly thereafter, Arshad joined to lead the technology development vision of SAVANT – recognized throughout the world as the famed visionary and developer who shaped the tech landscape by creating numerous industry-first product categories, including the original Droid smartphone, Google’s first Android tablet, the first round Android Wear smartwatch, a shatter-proof smartphone, and the first modular smartphone platform and ecosystem – to name a few.

“With simple, real-time tax and finance automation, real-time listing and gig management, business optimization and comprehensive reporting, SAVANT users will be empowered to increase profits, regain control of their finances, and improve customer service,” explains Arshad. “These new entrepreneurs need a simple and automated financial management tool, and that is exactly what we have created.”

Currently, SAVANT is the only management and reporting dashboard devoted exclusively to the gig and sharing economy. With easy tax and finance automation, real-time listing and gig management, business optimization, and comprehensive reporting, SAVANT users are empowered to increase profits, regain control of their money, reclaim their free-time and improve customer service.

A Few Top Conversion Optimization Tools that can Boost your Marketing

STUDY: Two-Thirds of Advertisers Use Connected TV To Build…

Closer Than Ever: The Role of AR/VR In The New Marketing…