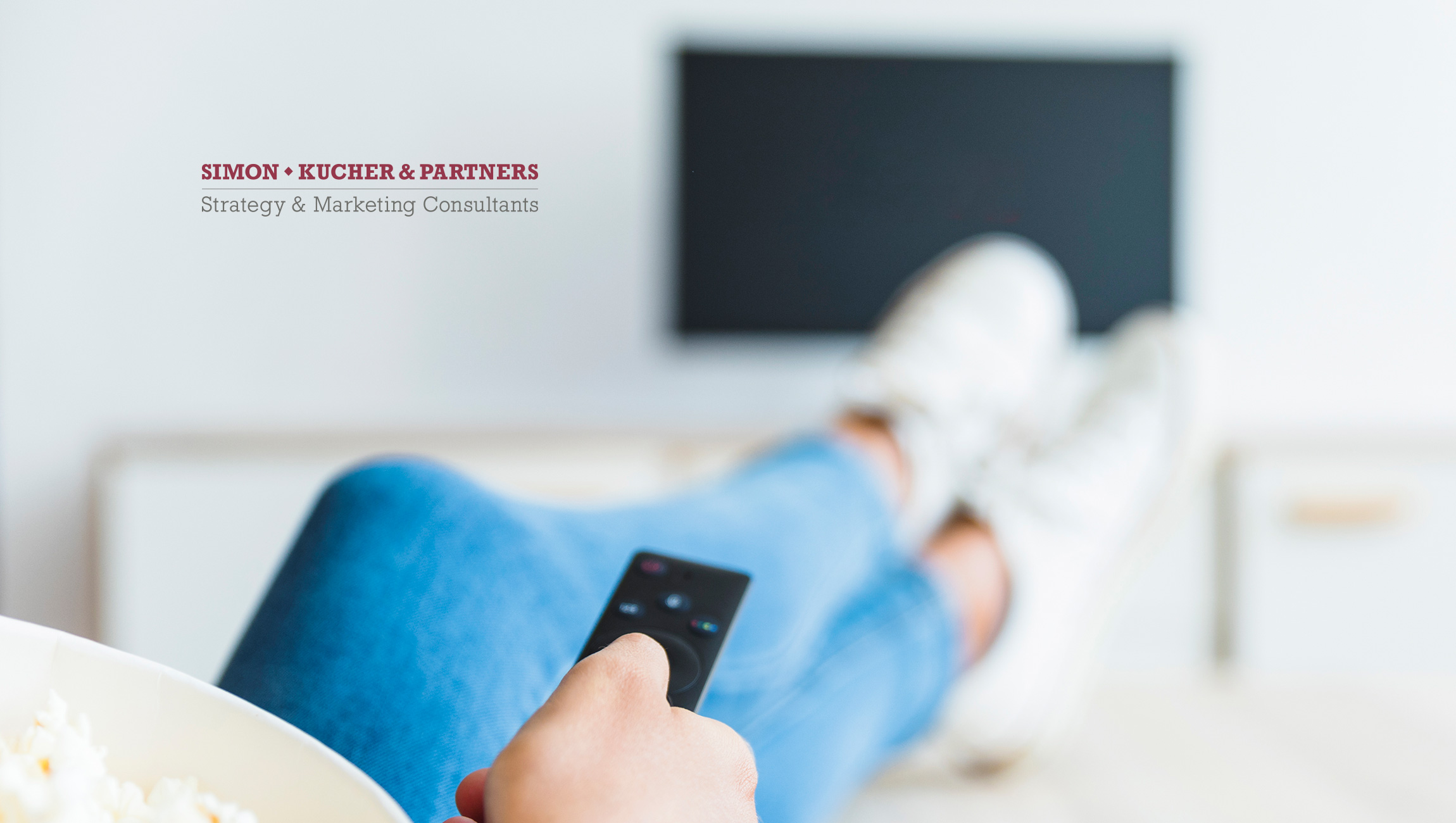 According to Statista, a leading provider of market and consumer data, in 2018 the global number of streaming service users was more than 1.02 billion people, and is expected to reach 1.24 billion by 2023. Findings from a new Simon-Kucher study validate this trend, revealing that 84 percent of US participants (with a high affinity for streaming) have already replaced traditional TV with streaming services, with 62 percent stating that traditional TV has become irrelevant. “Growing numbers of viewers have turned their backs on linear television,” according to Lisa Jaeger, media expert and partner at Simon-Kucher. “They increasingly prefer ad-free video streaming services, a trend that will impact TV advertising on a grand scale.”

In the U.S. the study found the top criteria for subscribing to a streaming service is the availability of a broad range of high-quality content, followed by price. Content exclusivity, which is often communicated by providers as a unique selling proposition, was listed as being least important. “These insights give providers some leeway when it comes to pricing,” explains Simon-Kucher partner Eddie Hartman, a revenue growth and go-to-market strategy expert. “Provided they offer attractive content and remain ad free, they can ask customers to pay a modest premium.” The study results also indicate nearly 40 percent of US participants prefer paying a higher monthly charge in exchange for having no commercial interruptions to their viewing experience. Thirty-four percent indicated a willingness to accept a small number of advertisements in exchange for a lower monthly charge, and only seven percent would prefer a payment model with a greater amount of advertising and no fees.

How will new market entrants change the competitive landscape?

Because price isn’t the primary consideration when choosing a streaming provider, low-priced offerings like Disney’s recently announced $6.99 US per month streaming service Disney+ aren’t expected to disrupt the market. Additionally, the Simon-Kucher study revealed that potential users already find the Apple TV+ offering to be attractive, with 31 percent of US respondents stating they would definitely subscribe to it, 56 percent stating they would consider subscribing to it, and only 13 percent expressing no interest in it. Their willingness to pay aligns with general market pricing levels, with $10 US per month considered fair in comparison to Netflix’s basic plan at approximately nine dollars US, and Hulu’s ad-free option at $12 US.

However, it appears unlikely that Apple will drive established competitors out of the market, with 41 percent of US study participants stating they would use Apple TV+ in addition to existing subscriptions, while another 41 percent would use Apple TV+ and probably cancel at least one existing subscription. No respondents stated an intent to use the Apple service exclusively and cancel all existing subscriptions. “These findings are actually good news for the entire industry, with streaming providers having the chance to co-exist. But to set themselves apart from competitors, they will need to commit to providing content that is attractive to consumers,” says Jaeger. “This will be especially important when Disney+ enters the market. Although its offering will probably appeal to a different customer segment, the possibility for predatory competition with a lower-cost provider like Netflix still exists.”

Silversurfers.com Selects 3radical To Drive Traffic To Their Online Lifestyle…

The Power Of Single-Market Media Buying

Retina Brands And Launches SUCCESS Space – A Revolution In…

Dotgo To Exhibit its RCS Business Messaging Solutions at…