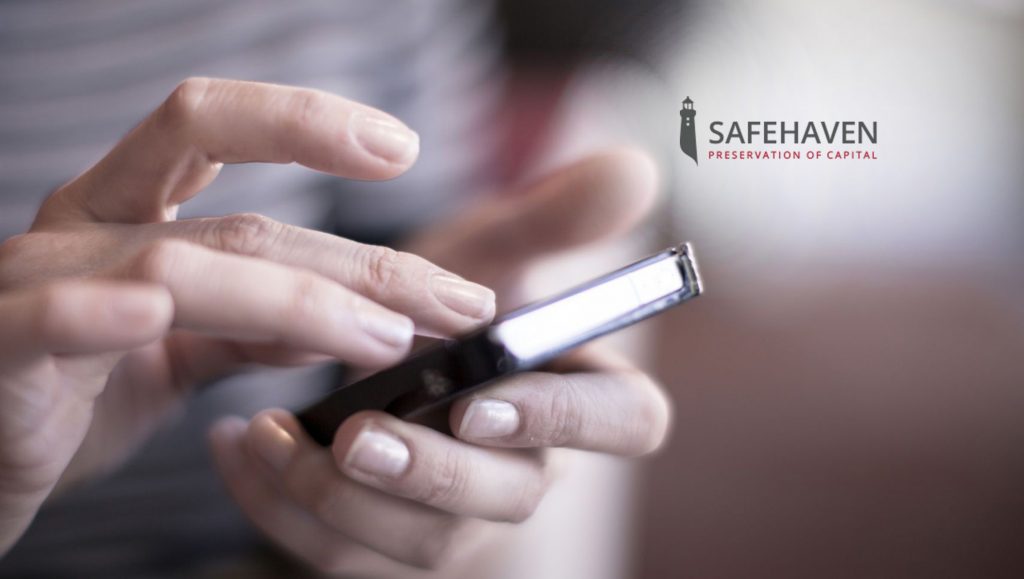 The Fourth Industrial Revolution is under way, and in the process, tech giants are facing an existential threat as new companies with an innovative approach to the space are vying for a piece of the pie. With everything from advertising to data collecting coming under fire, it will take a lot for these behemoths to hold onto their crowns. Mentioned in today’s commentary includes:  Twitter, Inc. , Apple, Inc.,  Shopify Inc., Netflix, Inc., Cisco Systems, Inc. Big Tech has proven to be both greedy and overbearing, driving publishers to look for new and more flexible partners. This trend saw Facebook and Google lose advertising market share for the first time ever last year. Companies like Frankly Inc. (TLK, FRNKF), a tiny firm with huge plans for the future., are leading the charge. It has tapped into the three most valuable sectors in the tech space: engagement, monetization and data collection. And it hopes to teach the Big Tech cartel a very painful lesson.Frankly has already built up a user base of 100 million, and at an average user value of $175 each, that’s an asset worth $17.5 billion. The tide could be turning away from Big Tech, and this little $30 million firm appears ready to bust the market wide open.#1 A Better Way To PublishBig Tech is falling out of favor with some of its biggest customers. Companies like Google and Facebook have become greedy and overstayed their welcome. And publishers have had enough. That’s where Frankly (TLK, FRNKF) comes in. Frankly is a new platform for publishers who can’t catch a break with Big Tech.It already has close to 100 million monthly active users (MAUs), with 1,200 digital news, information, and entertainment properties across the United States. On this scale, Frankly can reach 75% of American households. And it could be about to get bigger. Frankly is capturing market share from Google and Facebook. The company has just announced a $50 million partnership with Newsweek, adding 40 million MAUs and offering the company a way to capture first party data through a host of different touch points.

An even bigger announcement came in July—Frankly acquired Vemba, a leading video asset management, syndication and monetarization platform. What Vemba does — and what Frankly can now harness for its own needs — is monetize video streaming by providing syndicated video-on-demand.Through Vemba, Frankly can manage, track and monetize video delivered across its network of over 1200 sites and access hundreds of different media outlets — including CNN and its 1,100 affiliates and Vice Media. Over-The-Top (OTT) Video market is expected to reach $332 billion by 2025, according to Allied Market Research.Frankly’s acquisitions, partnerships, and in-roads into things like OTT Video position it to become a real competitor for ad dollars. And remember — even 1% of this $100 billion market could turn Frankly (TLK, FRNKF) into a billion-dollar firm.

#2 The New Digital RealityFrankly’s business is a little technical. But here’s how it breaks down:The company takes content from publishers—TV broadcasters, radio broadcasters, and faith-based organizations—and broadens exposure across thousands of points of contact.

Frankly can then harness first party data to deliver content specifically tailored to users’ profile.This is similar to what e-commerce giant Shopify has done with its platform. More than 500,000 companies rely on Shopify’s real-time e-commerce platform, including Tesla, Budweiser and Red Bull, among many others. Shopify makes purchasing goods and services easy for anyone. And by making the analytical side of the business easier for a company looking to launch a new product, Shopify is successfully taking on some of the biggest names in the business.Frankly understands this new digital climate, and knows that demand out there for a reliable alternative to Big Tech is huge and growing. With more than 1,100 outlets and hundreds of partnerships, Frankly can handle 1-2 billion ads per month, delivered to 100 million MAUs.Heading into the 2020 elections, the demand for reliable content and coverage will be greater than ever. #3 The Multi-Billion Dollar MistakeSpeaking of elections. It’s become pretty clear that Big Tech has a problem: liberal bias. Google, Twitter and Facebook censor conservative news and opinion. Members of the public feel that Big Tech are unfair to conservative Americans.  Social media has been “weaponized,” according to political strategist Ed Goeas, and President Trump himself believes Facebook and Google have “taken advantage of people” by manipulating search results.Twitter has been called the worst offender— with a number of conservative thought-leaders being kicked off the platform, and according to Richard Walters of the Republican National Committee the company has shown a “disgusting bias” in how it’s treated conservative figures.Though it has faced some backlash, Twitter has denied the accusations, with Jack Dorsey, CEO of the company, saying “Twitter does not use political ideology to make any decisions, whether related to ranking content on our service or how we enforce our rules.” Mr. Dorsey went on to explain that the algorithms in place that had resulted in the censorship have been corrected, with a pledge to try to ensure that it does not happen in the future. The liberal bias among Big Tech shouldn’t be that surprising—the companies are based in San Francisco and backed Hilary Clinton in the 2016 election—but the real news is what this mistake will cost the tech companies on the digital ad market.Advertisers for respectable, family-friendly companies—Wal-Mart, Hobby Lobby, Chick Fil A—have all expressed concern about this bias. And Big Tech is now under more scrutiny than ever—Congressional hearings are just the tip of the iceberg.There seems to be a groundswell against the dominance of Big Tech. And Frankly (TLK, FRNKF) is looking to cash in.#4 The Data Difference Frankly is not only setting itself apart as an unbiased alternative to Big Tech’s liberal-leaning dominance. It’s also giving publishers more freedom to take control over their advertisements. Every ad online aims at one thing: a buyer’s attention. It’s what advertising is all about. Capturing a buyer’s interest and linking it to a good or service.The golden ticket is first party data—information linking directly to a user. This can include personal data, past purchases and product interests.Activated revenue per user (ARPU) measures how much is captured through first party data. For the biggest internet firms, this is where the real money is—Facebook and Google between them net $76.6 billion in ad sales, realizing $112 and $256 ARPU, respectively.In the last seven years, the market around capturing first party data through digital ad sales has exploded.

Digital ad spending has increased by 350% from $32 billion to $111 billion. By one estimate, digital advertising could reach $665 billion by 2026. Advertisers now spend far more on digital ads then on traditional print media- $129 billion compared to $109 billion, according to eMarketer. And Google and Facebook make up 60% of that digital ad market, bringing in a combined $77 billion.

Compare that to the New York Times, which earns a mere $259 million from digital ad sales.

Other industry giants, like Newsweek, are struggling with the same problem – market dominance from Google and Facebook.Apple is also attempting to get in on this game, creating a digital news service with subscriber revenue split between Apple and publisher partners. Thanks to its focus on this new stream of revenue, its growth has been better than expected for the year. Not only is Apple expanding into the publishing space, it is also diving into the world of film and television, with plans to launch a new streaming service. Apple’s model is similar to that of Netflix. Netflix, for its part, has revolutionized the content streaming industry. Its partnerships with industry heavyweights have allowed it to see unprecedented growth, solidifying its place among tech giants. It’s even grown to the point of dedicating a significant amount of its revenues to original productions and exclusive content for its growing user base.

But even in these innovative new partnerships, publishers and content creators are still forced to accept giving up a larger and larger chunk of their revenue as the platform grows.That’s pretty typical. In general, Big Tech doesn’t share much with the publishers, hoarding the user value for themselves. Publishers are just hanging on, desperately searching for ways around the big firms.With 100 million monthly active users (MAUs), each potentially worth $175, Frankly may have already secured a $17.5 billion asset. And that’s before what makes Frankly different from all the rest…and where it has an edge on Big Tech.

#5 The Fourth Industrial RevolutionThe next phase of the Fourth Industrial Revolution is already underway, and everyone is vying for a share.Frankly is a tiny company: worth just $40 million. The new deal with Newsweek has increased its user base by nearly 50%.This tiny $40 million market cap company is already sitting on an asset that’s potentially worth $17.5 billion, working on breaking into a market worth $100 billion…a global market that could be worth $600 billion in less than a decade. And now Big Tech is in decline. Users are turned off and publishers are looking for alternatives. The timing could not be better to take on the top dogs.Even major networking giants like Cisco Systems are jumping on board, creating new artificial intelligence and Internet of Things solutions built on data. As a leader in networking hardware, Cisco understands the importance of innovation, and that’s exactly what it’s doing. Similar to what Frankly is doing for the media industry, Cisco is building new platforms to streamline the workflow and infrastructure of small and large businesses alike.If an investor missed out on Facebook’s astounding 800% boom to a $500 billion market cap, or Google’s 670% growth to an $800 billion market cap – then this may be their chance for redemption.

42667
We store cookies on your computer to improve your experience and provide more personalized services, both on this website and on other sites. For more information about the cookies we use, see our Privacy Policy. We won't track your information when you visit our site. We will have to use at least one cookie to ensure that you won't have to make this choice again.AcceptPrivacy Policy