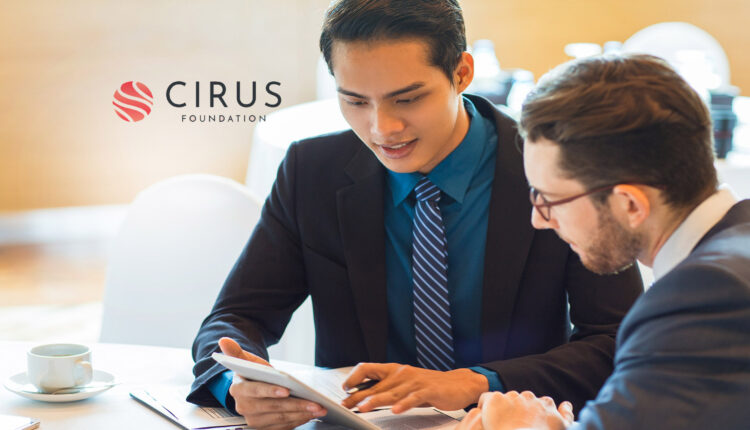 Data ownership initiative Cirus Foundation has announced that its data monetization product, the Cirus Web Extension, is available for download all around the world starting today.

Internet users can download the extension directly to the Google Chrome browser, with support for additional browsers coming soon.

The team behind the project decided to shift its strategy earlier this year, launching the browser extension earlier than originally planned, and well ahead of its hardware data collection router, the Cirus Device, to give Internet users everywhere the ability to join the Ownership Economy by monetizing their data for their own benefit right away.

The web extension represents the user’s first step toward using data as an onramp to Web 3.0 by earning cryptocurrency in exchange for data – a much-needed solution to the broken big data model in use today. The extension will be a big boost for crypto adoption given it’s easily accessible for anyone through the Chrome Web Store.

Version 1 of the extension enables basic data sharing and monetization. Once users install the extension, they can use their browser the way they normally would and check in on their balance to see their earnings increasing over time.

Cirus Foundation Managing Director Michael Luckhoo views the milestone is the beginning of a new era in the world of data privacy rights and the Ownership Economy:

“With Web 2.0, corporations shared big data with advertisers and users merely received ‘free’ use of platforms and apps. The exchange occurred that way, in part, because micro-payments were not possible. Now.. fast forward to today, with the rise of crypto and web3, this is no longer an excuse. We must fit the people, who gave rise to a trillion dollar industry, back into the equation. It’s about time.”

The web extension will also soon be available on other web browsers including Firefox and Microsoft Edge. The team has also confirmed that the next version of the Cirus Web Extension is going to include a Data Vault for more granular control over data sharing, as well as updates to existing features within the extension.

Installing the extension is easy. All users have to do is search for Cirus in the Chrome Web Store, install and register. The interface is simple and intuitive, and once activated, users are encouraged to simply go back to their everyday tasks, while they start earning from their data, taking their first steps in data ownership and into Web 3.0.

Aqfer Welcomes Kurt Abrahamson to its Board of Directors

Trust Stamp Signs MoU With The African Institute for…