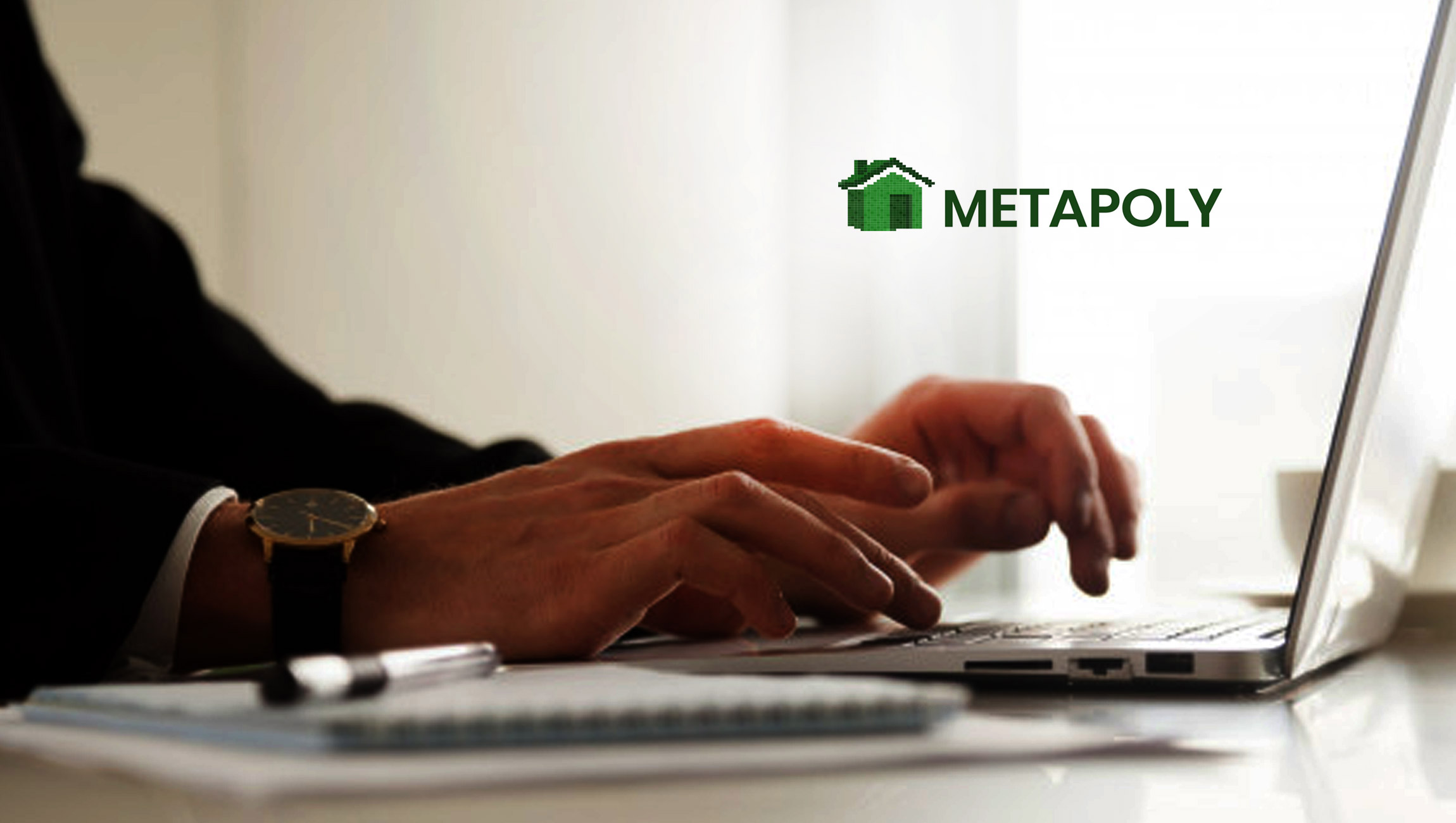 The Internet and its future do and promise so many things we are currently enjoying and even the ones we can’t yet imagine. These perks are core to the incoming Web3 phenomenon, the Metaverse. The Metaverse is a brave new world, a virtual world geared to bring us together. Metapoly is proud to launch into the relatively unknown world as the world’s first decentralized metaverse land tycoon

Think of them as Blackrock for proper context, but the Metaverse. With the Metaverse, the world is heading into a bold new reality. A virtual reality where you can play to earn, interact in real-time with people on the other side of the world, and own properties – most notably, lands.

Metapoly is here to incentivize democratized and fractionalized Metaverse lands to future citizens.

Currently, the Finance, Gaming, Productivity categories are accessible spaces to build in, in the blockchain world, but the team behind Metapoly is optimistically bullish on the future of the Metaverse. Metapoly provides a service that’ll be fundamental to the great future the Metaverse promises.

The Metaverse is a paradigm shift from the realities of the current world. And while what drives us is beyond the profits, the Metaverse is a hugely growing market, and many major technology giants are venturing in. In 2020, the market size of the Metaverse was valued at $47.69 Billion. This is expected to grow at a CAGR of (2020 – 2027) 43.3% between 2020 – 2027. The revenue forecast in 2028 is around $828.95 Billion. With these huge sums of money, we have more reason not to leave the creation of the Metaverse’s infrastructure to the big institutions and tech giants that currently dominate Web2.

Current Web2 giants like Facebook (now Meta) control the entirety of the web; privacy, monetization, etc.; whether the product is a premium, or it’s free, the big tech companies are making their money, leaving you out. Web3 is here to revolutionize that, and Metapoly contributes to that ownership for you.

In a recent interview with The Verge on the making of The Matrix Awakens with Epic Games, Keanu Reeves spoke about his view on the idea that for most people, the virtual world would be more compelling than the real world. Keanu said, “can we just not have the Metaverse be invented by Facebook (now Meta)?”. When probed if he’s not a fan, he said, “the concept of the Metaverse is way older”.

Keanu Reeves’s sentiment is exactly how many of us in the industry feel. Seeing one big tech company coming in like the Knight in the shiny armor and posturing like they invented a concept that has existed for almost 30 years now. We have to take back control of our freedom to certain technologies we know aren’t the intellectual properties of these tech companies, and if that interview with Keanu Reeves is anything to go by, he agrees with this sentiment.

Another instance of these big tech companies abusing their powers and the rights of their uses is displayed with the recent unfortunate incident which happened to Australian artist Thea-Mai Baumann’s Instagram handle @metaverse. When Facebook announced that it was changing its name, a user messaged her, “You are now a millionaire.” Another user said, “FB isn’t gonna buy it; they’re gonna take it.”

And exactly like the latter user had predicted, Baumann found herself blocked and her handle vanished five days after Facebook changed its name to Meta. When users are not paying for the Web2 big tech products, they become the product. The minority at the top earns the most significant income, leaving users with constantly depleting financials. As the participant that ensures their products’ relevance, everybody deserves to get the rewards. Metapoly changes that.

WHAT EXACTLY IS METAPOLY ABOUT?

Metapoly is the first decentralized metaverse land tycoon that helps users drive investment in the Metaverse. With the recent successes of NFTs, it’s clear as day that the things the world terms as valuable are changing. With Metapoly, users get to be at the vanguard of that change.

Metapoly is derived from two words everyone’s familiar with; Metaverse + Monopoly. By merging these two worlds, Metapoly’s created the infrastructure that seamlessly combines the Metaverse, NFTs and Decentralized Finance (DeFi).

In layman terms, Metapoly promotes governance by ownership. To better help your comprehension, Metapoly will take the example of a fictitious bank, ‘Globabank.’ Imagine a Globabank being a land bank, operating just like any other bank that deals assets. The bank then offers customers an impressive interest rate in exchange for the landed property.

In essence, the customer sells the land to the bank. When a customer sells their land to the bank, they get a certificate of ownership. In this case, the certificate of ownership is the D33D token. With this token, the customer becomes a part of the group of people governing the bank. Anyone who owns the token gets to make management decisions on Globabank.

With the knowledge from the example above, here’s how Metapoly works. Metapoly is the metaverse land tycoon that accepts metaverse lands and offers protocol tokens, D33D, to participants. The Metapoly treasury is a smart contract that’s fully transparent. The protocol sells BONDS in exchange for metaverse lands.

The metapoly treasury issues the D33D token through the BOND it offers. The D33D token is the utility token for the Metapoly DAO (Decentralized Autonomous Organization) and ecosystem. It also aims to be a decentralized Metaverse reserve currency. This means that as the Metaverse ‘matures’ and more projects are built-in space, most of them will use D33D as their native token and reserve currency.

Metapoly takes this to the next level. All D33D tokens are backed by Metaverse assets (land, liquidity, yield, LP tokens etc) and protocol-owned liquidity. Upon ownership of D33D tokens, users can stake the token for more rebasing tokens. The rebased tokens are from profits generated on the Metapoly protocol.

Marketing Technology News: Blackbaud Shows Continued Commitment to Giving Back Around the World

WHY IS METAPOLY IMPORTANT?

Since its inception, the Internet has promised freedom. However, the capitalism on Web2 stiffens this freedom, costing the users their privacy, rights, and data. However, there’s a ray of hope with the advent of Web3 and the Metaverse. But it’s vital to be careful, not allowing the growth of the Metaverse take the same trajectory as Web2 did – towards capitalism.

Tailscale Raises $100 Million Series B to Fix the Internet…