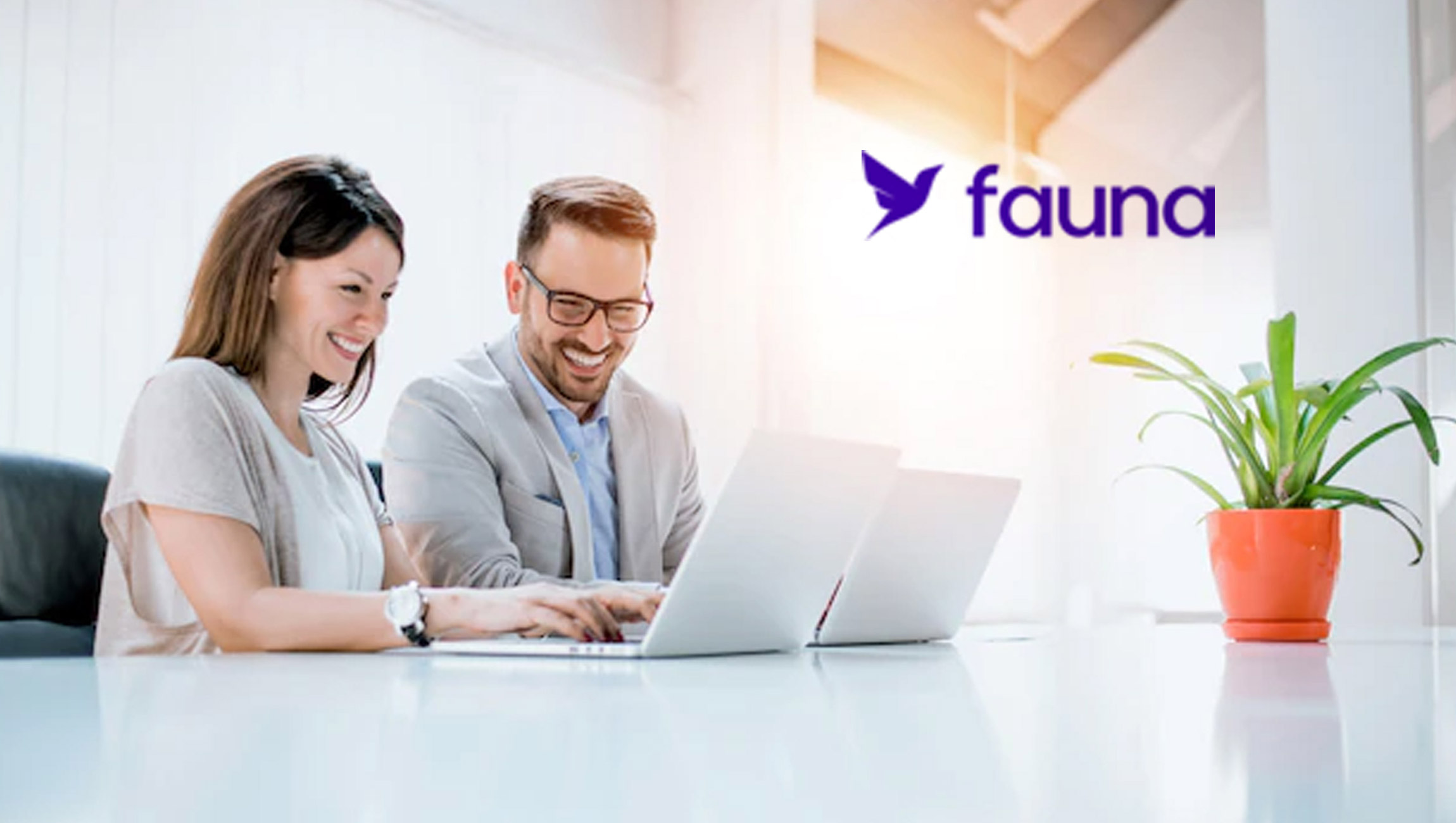 Fauna, the distributed document-relational database, delivered as a cloud API, announced new service capabilities and the appointment of a new marketing leader to further accelerate their broad based enterprise adoption. More than 3,700 active and engaged development teams from 102 countries have created over 90,000 databases to build and scale their applications and companies. These development teams are discovering that Fauna’s unique distributed, document-relational database combined with its native serverless architecture provides their teams with a robust and productive operational data platform. A platform on which they can build more sophisticated applications faster, with less code, and easily scale those applications to users that are in their geographic region, or are across the globe all while satisfying their data residency requirements.

In addition to growing their developer community to 100,000+ followers, Fauna has also experienced growth on the enterprise side with adoption from development teams spanning financial services, healthcare, retail and ecommerce, and SaaS verticals. Over 300 paying customers including Santander, Lexmark, Unilever, Everly Health, H&R Block and DTLR are leveraging Fauna to build and scale their applications without limits. While the majority of these applications are new development, twenty-five percent of new customers migrated their data to Fauna from MongoDB, Firebase, CockroachDB and other legacy databases over the past year.

“Ensuring the success of development teams across the globe that choose Fauna is our highest priority as a company. Development teams everywhere are discovering the benefits of our distributed, document-relational database and serverless, API-first delivery model.” Said Eric Berg, Fauna CEO. “Teams are building more sophisticated applications faster, with less code, and minimal operational overhead. Adding data import and backup and restore will help accelerate the trend we are seeing of more business-critical applications on Fauna and migrations to Fauna from other databases. With the addition of John Novak to spearhead our marketing efforts we have a strong leader in place to drive increased awareness of Fauna by highlighting the success our customers are achieving as we accelerate into this next phase of growth.”

To meet the growing needs of enterprise development teams, Fauna also announced the general availability of data import and the early access of automated backup and restore.

“Our move to Fauna resulted in 70% lower latency across all regions while significantly lowering our operational costs. With PostgreSQL and CockroachDB we couldn’t scale automatically beyond one region, requiring us to revert to fix data and re-write queries and application code. With Fauna we can scale without impacting our application code and don’t have to worry about the cost and effort that are required to scale a traditional cloud database.” – Kevin Ho, CEO, Insights.GG

For development teams requiring the flexibility to move business-critical databases across Region Groups as their applications and user base grows, Fauna has also introduced early access of the automated backup and restore feature. Staying true to Fauna’s native serverless architecture, customers can now easily take snapshots of their database with no additional operational overhead. They can store those snapshots in the event that they need to recover a database or copy a database from one Fauna Region Group to another.

In addition, following on to the announcement of the SOC 2 Type I milestone late last year, Fauna announced that they are now SOC 2 Type II certified. This is a further demonstration of a commitment to the security and privacy of the data that customers store in Fauna and is a result of completing the audit period on the rigorously-tested controls presented in Fauna’s SOC 2 Type I report.

“Developers today increasingly want to use cloud managed database services with an excellent developer experience to build or modernize existing applications”, said James Governor, principal analyst at RedMonk. “Fauna is responding to these trends with what it calls the Document-Relational database, delivered as an API.”

To further accelerate broad developer adoption and the growth of Fauna by enterprise development teams, Fauna has appointed John Novak as its new Vice President of Marketing. Novak joins Fauna with over 25 years of experience in marketing leadership roles in high growth infrastructure software and SaaS businesses. John joins Fauna from Hiya where he was CMO and instrumental in developing a hybrid self-service/enterprise motion that helped grow the Series B company to 200M+ MAUs and $30M+ in revenue. Prior to Hiya he held marketing leadership roles at Apptio, Microsoft, and Mercury Interactive.

“Fauna has the potential to be a major force in mission-critical data management and app development with its laser focus on developer-centric go-to-market,” said Novak. “Customers today love the developer experience and distributed document-relational database Fauna delivers and I am excited to join the team and help further establish Fauna’s market position.”