Majority of Workers Still Concerned About Data Protection on First Anniversary of GDPR, According to New Survey 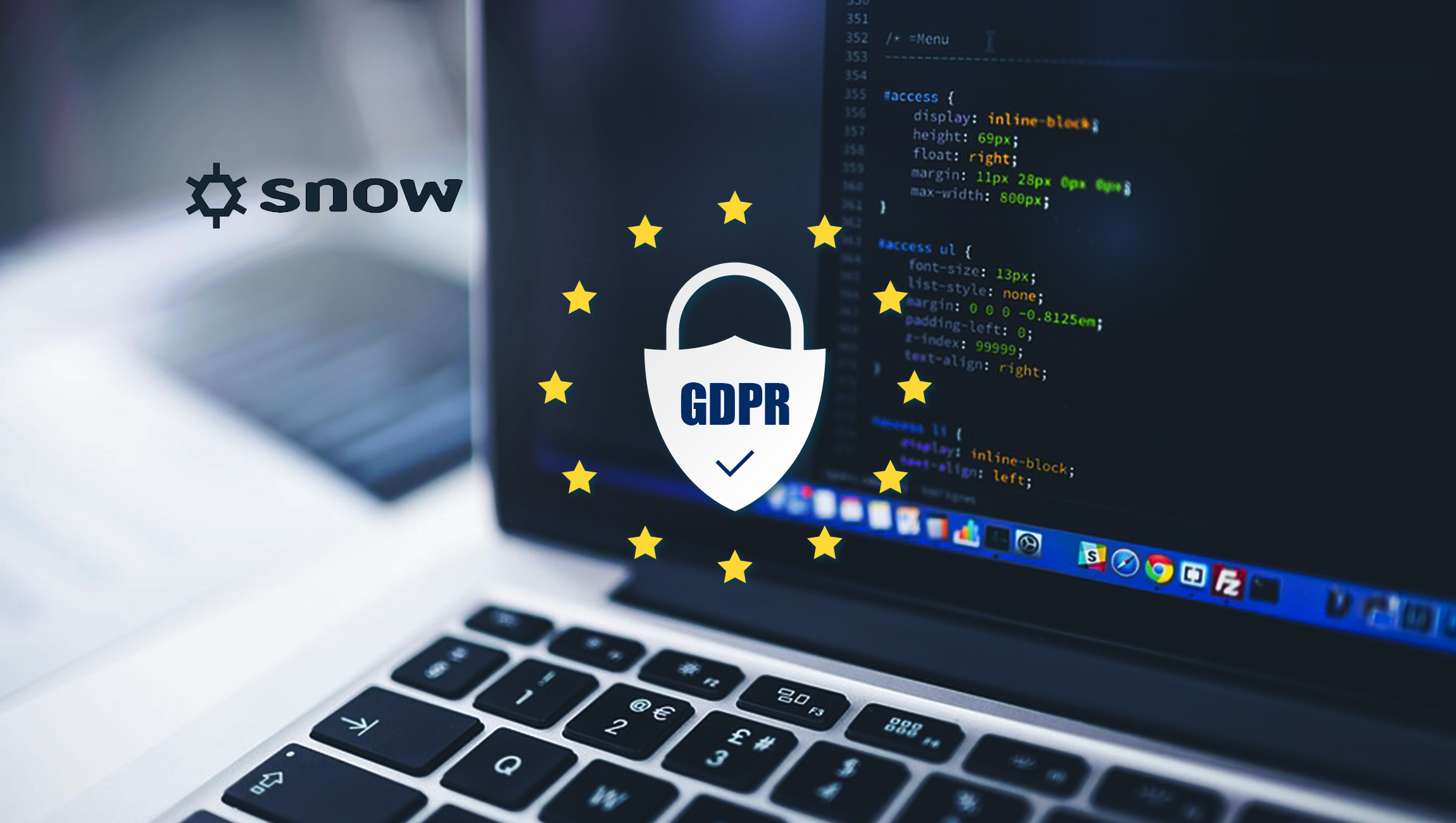 As Enforcement Intensifies, Increased Transparency and Improved Process Show the Regulation Is Having an Impact, and Highlight That Businesses Must Prioritize Compliance

When enforcement of the General Data Protection Regulation (GDPR) went into effect on May 25, 2018, it had worldwide implications on data protection and privacy legislation. One year later, there are conflicting sentiments from the global workforce about whether the regulation has been effective, according to a new survey released by Snow Software, the global leader in technology intelligence solutions. The survey, which polled 3,000 professionals in the United States, Europe and Asia Pacific region, found that only 39% of respondents feel their personal data is better protected since GDPR enforcement began. Another 34% indicated that data protection seemed the same, while 20% are unsure and 6% actually believe their personal data is less protected than it was prior to enforcement.

According to a new survey released by @SnowSoftware, majority of workers still concerned about #dataprotection on first anniversary of #GDPR

This mixed response around the impact of GDPR likely reflects the complexity of educating the public on data regulations, as well as the difficulty that organizations still face in complying with the law.

According to the survey, 57% of global workers noticed stricter policies at work regarding the use of technology or customer data as a result of GDPR. Enforcement appears to have had the biggest impact in Europe, where 70% of respondents reported stricter policies, and at medium-sized businesses with 100 to 1,000 employees, where 65% of workers noticed policy changes. Additional findings include:

“One year since the introduction of GDPR, the regulation has started a global dialogue around how customer data is cared for and, if nothing else, has helped strengthen best practices to ensure data protection,” said Alastair Pooley, Chief Information Officer at Snow. “Whilst workers themselves may not directly feel this impact yet, the increase in data breach notifications being reported to the UK’s Information Commissioner’s Office is noteworthy, as it suggests that transparency was seriously lacking prior to enforcement. There is still a lot to do, but it is clear that considerable steps have been made by organizations worldwide to ensure there are enhanced data protection efforts and improved transparency globally. The question that remains to be seen is whether the regulation and the controls implemented in its name will be strong enough to stand up to the rising tide of threats we face in the years ahead.”

As a part of a larger governance and risk strategy, many organizations have made achieving or maintaining GDPR compliance a critical priority for their IT organizations. In an effort to help customers build the foundation of GDPR compliance, Snow recently added a new analytics overlay into its Governance & Risk product, which finds and identifies applications that store or process personal data. This insight helps to minimize the exposure of devices with access to personal data, highlight applications that are facing end of life or end of support and provide information for mandatory compliance steps such as the creation of a Record of Processing Activity. Through a scored risk metric, Snow calculates an organization’s potential GDPR risk and advises actionable next steps to manage or mitigate accordingly.

Capgemini Strengthens Its Strategic Partnership With Microsoft In North America