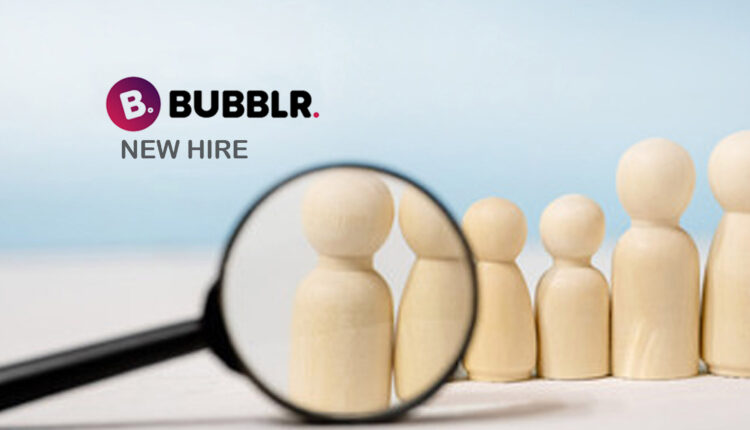 Bubblr Inc., an ethical technology company focused on the development and commercialization of mobile-first technologies, today announced that it has appointed Rik Willard to the Bubblr Advisory Board, effective immediately.

Steven Saunders, Chief Executive Officer of Bubblr, commented, “We’re excited to welcome Rik Willard to Bubblr’s Advisory Board, joining the other prestigious members as we work together to accomplish Bubblr’s mission to advance privacy, trust and sustainability online. As a noted advocate of internet privacy, security, and digital ethics, Rik shares Bubblr’s goals, and we look forward to his insight and contributions.”

Rik Willard is the Founder and Managing Director of Agentic Group, a global Frontier Tech Development and Consulting firm and a leader in the blockchain and digital currency sector since 2015. Agentic’s clients have included the Grand Duchy of Luxembourg, The Port of Rotterdam, and Jeremy Rifkin’s TIR Group (US/EU). He is a noted advocate of Internet privacy, security, and digital ethics, especially surrounding the crucial sectors of blockchain and cryptology innovation, consulting with companies, governments, and Central Banks.

Mr. Willard is a Fellow at the Foreign Policy Association and an Advisory Board member at The World Ethical Data Foundation, KIPP Charter Schools and the Field Center for Entrepreneurship at Baruch College, one of America’s top post-graduate Entrepreneur programs. He is cited in 2015’s groundbreaking book “The Age of Cryptocurrency” (Casey & Vigna) as being among the very first Venture Development executives in digital currencies and is featured in the international award-winning film documentary, “The Blockchain And Us” (2017).

“I believe in Bubblr’s mission to create digital applications that further the advancement of privacy and security, and welcome the opportunity to support its research and development efforts through the work of the Advisory Board and its esteemed members. I’m eager to lend my experience to the pursuit of these important and worthy goals,” added Rik Willard.

Near, a Global Leader in Privacy-Led Data Intelligence, to go Public on Nasdaq via a…