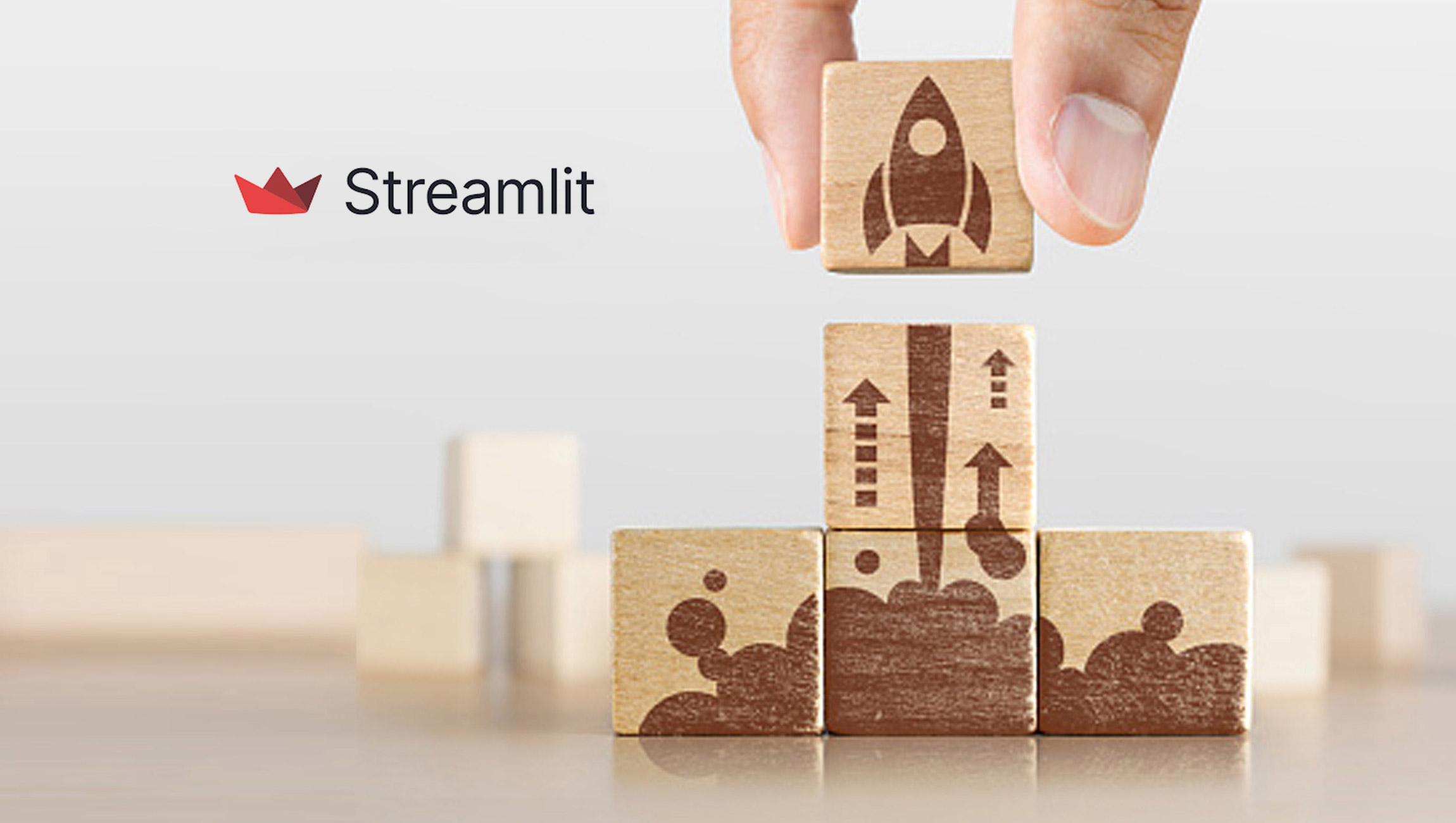 Streamlit, the creators of the fastest and most powerful app framework for machine learning and data science, announced that Streamlit Cloud, formerly known as Streamlit for Teams, is available. Streamlit Cloud enables data scientists to instantly deploy and share apps with teammates, clients and other stakeholders so they can make rapid, data-informed decisions together.

This announcement comes on the heels of Streamlit releasing Streamlit 1.0, the fastest way to build and share machine learning and data science apps. The open source project has more than 16,000 GitHub stars, has been downloaded more than 5 million times and is used by more than 10,000 organizations, including more than half of the Fortune 50.

“We started developing Streamlit Cloud more than two years ago. Since then, it’s been beta tested with hundreds of organizations—everyone from small AI startups to public multinational companies. These companies used to have long development processes for data apps that took months or quarters and multiple teams to ship. Streamlit Cloud cuts through all of that. It empowers data teams to create powerful apps in just a few hours. We’ve seen companies go from having a handful of internal apps to deploying new apps daily and creating hundreds or even thousands of apps in a year. It has completely transformed how they work with data,” said Adrien Treuille, co-founder and CEO of Streamlit.

Today companies have 50x more data than they did a decade ago, but up to 90% of it is still unstructured and too hard to use. At the same time, companies are expected to be increasingly flexible and adaptable to the market by making quick decisions, shipping products faster, and operating at a higher speed. This has created an internal logjam, with companies needing data and predictive models to guide their operations but being unable to get it on time. This is a major opportunity cost. Companies are missing the insights that could lead to new product discovery, performance upgrades, pricing enhancements, supply chain optimizations, and deal flow improvements—everything they need to run optimally.

Streamlit Cloud fits into the intersection of these two trends, allowing companies to empower their data teams to quickly harness data to provide rapid insights. With just a few lines of Python, Streamlit allows teams to create polished, flexible, and easy to use applications for displaying, interacting with, and taking action on all of a company’s data. By leveraging Python and its gigantic ecosystem of 3rd party libraries, the possibilities of what one can build are endless, allowing companies to create the exact set of tools they need for their particular business.

Convergence And Automation: The Future Of Ad Management

New Frost & Sullivan Whitepaper Outlines the ROI of an…