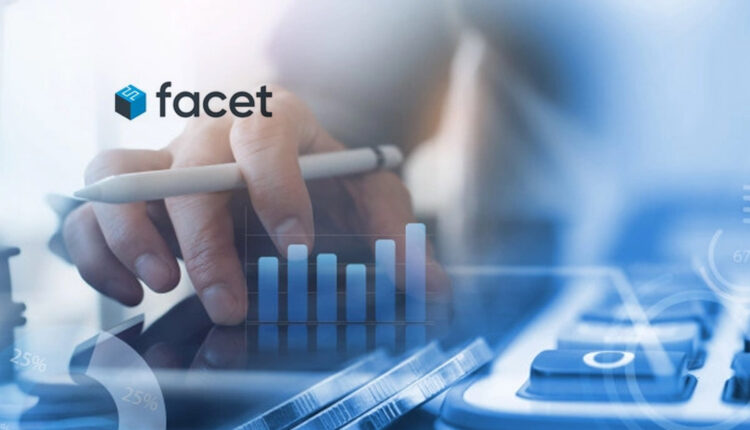 Facet, a collaborative analytics platform dedicated to real-time, business analytics, and agnostic to any cloud data warehouse (CDW), today announced it has raised $8MM in seed funding led by Harrison Metal with participation from Bedrock and Breakpoint Capital. Angel investors Gokul Rajaram, Slava Rubin along with Brian Long, and Andrew Jones from Attentive Mobile also join the series seed round which will help Facet further enable businesses to unify analytics and empower collaborative data exploration in the cloud.

Formerly a data visualization product created by ad data company Metamarkets, the UI of the analytics technology was acquired and rebuilt by Facet. Facet’s secure, cloud-agnostic platform aggregates data from multiple silos into a single view, allowing business and technical users alike to collaboratively explore key business metrics and perform root-cause analysis, all without the need for writing custom code or SQL. Instead of traditional, static dashboards that require a dedicated data team to develop, present, and maintain, Facet gives all users direct access to collaborative, interactive workspaces that provide a single place to interact with and analyze data generated from anywhere throughout the enterprise.

The company currently works with several leading SaaS and consumer technology companies including Branch Metrics, MobilityWare, and Catch. The Facet solution works with any modern cloud data stack including popular CDWs like BigQuery and Snowflake, or cloud data technologies like Pinot, Druid, and CDPs like Segment.

Kevin Weatherman, has been named Chief Executive Officer. Weatherman previously helped scale three startups including mobile ad exchange, MoPub where he led revenue from $0 to $250MM+ as the first business hire, and led the company through its acquisition by Twitter in 2013. Prior to Facet, Weatherman also served as CRO at OneSignal. Weatherman attended the University of California, Berkeley.

“As cloud computing becomes a requirement for any modern data stack, businesses need analytics solutions that address the inevitable fragmentation of data silos in the cloud while allowing every employee access to holistic data sets,” said Kevin Weatherman, CEO at Facet. “Facet solves these problems by being cloud agnostic and unifying all fragmented data into one interface while also enabling any team within the organization to view the same dynamic data.”

Herman Yang, also previously a part of the executive leadership team at MoPub, has been named Chief Strategy Officer. Yang has driven the creation, adoption, and growth of innovative B2B products at some of the largest technology companies in the world including Twitter and Google. Yang was the co-founder and CEO of ChatGrid, an enterprise SaaS mobile messaging startup and led product and go-to-market teams at Medallia after their acquisition of ChatGrid in 2017. Yang received his BA from Stanford University and an MBA from Harvard Business School.

“We’re seeing a growing demand for a flexible analytics platform that can combine siloed data from multiple sources into a single visualization while allowing any team within a business to collaborate cross-functionally in a shared workspace,” said Herman Yang, CSO at Facet. “We’ve compiled an all-star team to meet this demand and transform the way teams explore, collaborate and take action on data in order to drive real business impact.”