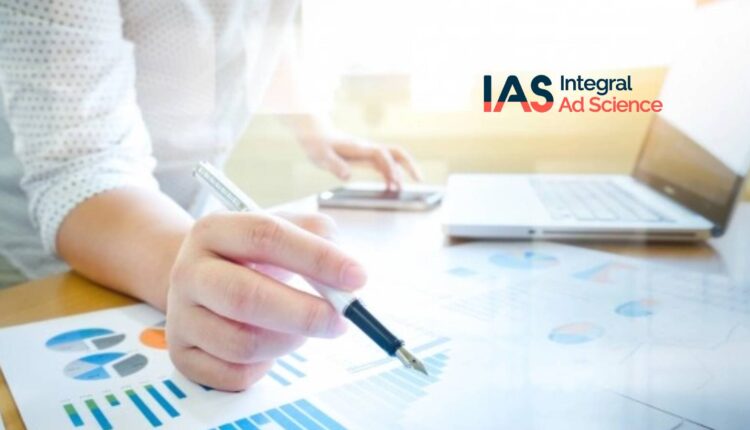 Integral Ad Science, a global leader in digital media quality, released the 16th Edition of its Media Quality Report (MQR). Based on the analysis of billions of global data events between July 1 and December 31, 2021, the report provides insights into the performance and quality of digital media worldwide, offering an industry barometer for ad buyers and sellers to benchmark the quality of their campaigns and inventory.

“The 16th Edition of IAS’s Media Quality Report illustrates that digital media quality metrics can differ notably based on vertical or geographic location,” said Tony Marlow, CMO, IAS. “However, key trends such as contextual targeting are consistently top-of-mind for marketers everywhere as they seek to effectively connect with their audiences in privacy-friendly ways.” 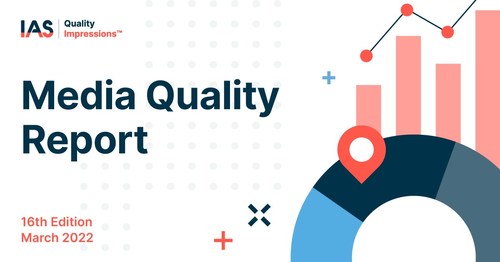 Several noteworthy trends emerged in the second half of 2021:

Underperformance was most common in the brand risk benchmark, with all U.S. verticals falling below the average for this metric. In terms of ad fraud performance, rates in Travel & Entertainment in the U.S. were 17% higher than average, following closely behind Auto at 18% higher ad fraud rates.

Viewability performance was robust, with some regional baselines only seeing a marginal dip in levels. In the U.S., a majority of verticals overperformed including Auto, Retail, and Tech & Telco. CPG, in particular, was one of the best performing verticals worldwide with viewability levels standing 9% higher than the respective regional average.

Powered by the growing adoption of sophisticated contextual solutions, worldwide brand risk averaged less than 3% across all environments and formats, with mobile web video remaining the most at-risk despite a 5.9 percentage point (pp) year-over-year improvement. Notably, Canada experienced historic brand risk lows in April and July of 2021, just as contextual tracking volume ramped in the country. The U.S. showed double-digit annual drops in video brand risk levels across all environments in H2 2021.

However, connected TV (CTV) viewability rates receded slightly in H2 2021 to reach 93.1% and mobile app video viewability dropped from 92.6% to 85.8% year-over-year. Desktop video viewability increased by more than one point overall, reaching 74.8% worldwide, but the U.S. saw a 0.8pp decrease — one of only two countries to experience a drop in the back half of 2021. Canada saw a double-digit 10.2pp increase in mobile web video viewability, and the U.S. was the only region where the metric decreased, with impressions dropping nearly seven points to reach 64.4%. Meanwhile, Mexico had the most notable jump in mobile web display viewability with an increase of 6.4pp. The U.S., however, topped the mobile app display ranking with a viewability rate of 89.3%.

As Traditional Channels Fade, Desktop Became the Focus of Ad Fraud
Consumers’ increasing use of digital media also opened up new opportunities for nefarious actors to step-up their ad fraud efforts. Optimized-against-ad fraud levels rose most across desktop, including 0.6 and 0.5pp increases, pushing ad fraud up to 1.4% for display and 1.3% for video.

Mobile remains safer than desktop, with optimized-against-ad-fraud rates hovering steadily at 0.5% or below for both display and video ads worldwide. Mobile web video remained the most protected from ad fraud across all formats, averaging 0.4% worldwide. Canada — along with Belgium, France, and Poland — led the way in mobile web video with ad fraud rates of only 0.1% each. U.S. ad fraud rates rose across formats and environments in H2 2021, with desktop display ad fraud reaching 2.1% and rates for desktop video at 1.6% — a jump in invalid traffic targeting desktop video campaigns behind only Germany and Australia at 2.7% and 2.9%, respectively.

Globalgig Announces the Appointment of Gina Nomellini as…