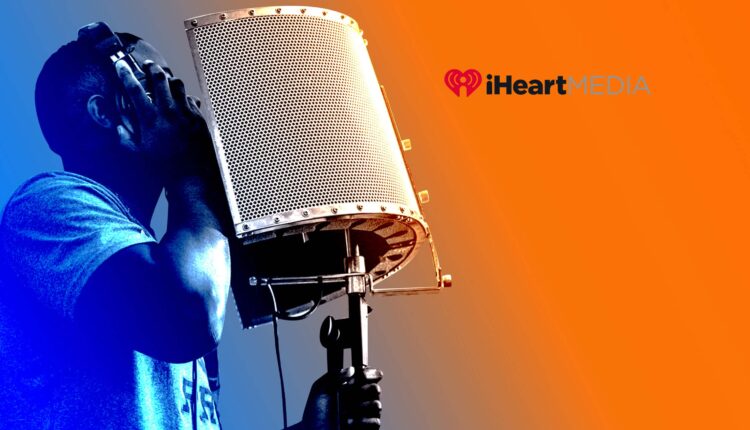 With its new 3D audio arm, iHeartMedia invests in cutting-edge technology to pave the way for a more immersive podcast format

iHeartRadio, the No. 1 podcast publisher globally according to Podtrac, announced iHeart 3D Audio and its strategic expansion into binaural podcasting, an innovative new method of producing podcasts that places listeners into the middle of an audio soundscape, immersing them in the story like never before. Tapping into the potential of innovative 3D audio, iHeartMedia will debut a captivating new slate of podcasts, cementing itself in this category of experiential media and spearheading the exploration of what’s possible with cutting-edge audio technology.

Binaural, or 3D audio, creates a sense of movement, location and triggers other senses, enhancing listening experiences and providing a new way for people to hear high quality, surround sound, immersive content, and reproducing real-life experiences, much like virtual reality has done for video, right in their own homes. With in-person entertainment on hold, consumers are gravitating toward digital format entertainment and podcasting has taken center stage, with listenership expected to grow by 30 million listeners each year through 2023. Amid this new paradigm, iHeartMedia is dedicated to evolving its podcast network, providing a more multifaceted at-home listening experience for more fulfilling entertainment.

“Podcasting has undoubtedly stepped in as one of this year’s most relied upon forms of entertainment,” said Conal Byrne, President of the iHeartPodcast Network. “We’ve seen a huge spike in listenership and iHeart wants to ensure we’re meeting this growing audience in new, innovative ways. This is virtual reality for the ears, and by expanding our 3D audio offerings, our goal is to place fans at the center of the stories they love – in an even more immersive, innovative format.”

Through iHeart 3D Audio, iHeartMedia will launch a new slate of podcasts that is underpinned by the unique recording technology. Building on the success of its previously-launched binaural audio series “13 Days of Halloween” from iHeartMedia and Blumhouse Television, which drove more than 2.8 MM listens, iHeartMedia, in collaboration with renowned writer, creator and producer Aaron Mahnke, will expand upon the series and release a seasonally focused “13 Days” franchise of podcasts correlating with various major holidays. The new iHeart 3D Audio slate will also include the upcoming podcast “The Mantawauk Caves,” a co-production with Blumhouse Television, as well as a series of bonus 3D episodes across the year for hit shows like “The Ron Burgundy Podcast.”

“I collaborated with iHeartMedia on ‘13 Days of Halloween,’ a podcast that brings listeners right into the essence of a purgatorial hotel using 3D audio,” said Mahnke. “It feels like you’re actually in the hotel when you listen. I remember when we were in production for the series and thinking I’d never seen anything like the recording process for a 3D listening experience — even the mic and equipment setup look very different. I knew we were creating something special with ‘13 Days of Halloween,’ and I’m thrilled that iHeartMedia is now doubling down on its 3D audio capabilities to define the next wave in podcast entertainment.”

“Since I started working with iHeartMedia, it’s clear that this team is consistently at the forefront of innovation,” said Matthew Frederick, Lead Executive Producer and Podcast Host at iHeartMedia. “I’ve been in the podcasting space since its beginning when we introduced HowStuffWorks back in the early 2000s. iHeartMedia’s foray into 3D audio podcasting marks the latest shift toward a more immersive listening experience that pushes the boundaries for what’s possible as we approach a new era for podcasting.”

iHeartMedia’s new iHeart 3D Audio slate of podcasts will be distributed by the iHeartPodcast Network, which is home to more than 750 original podcasts with over 253 million downloads each month. iHeartRadio Original Podcasts span every category from business, sports, spirituality and technology to entertainment, family, comedy and true crime—and everything in between—making iHeartRadio the largest publisher of podcast content in the world.

The Current State and Future of Passwordless Authentication:…