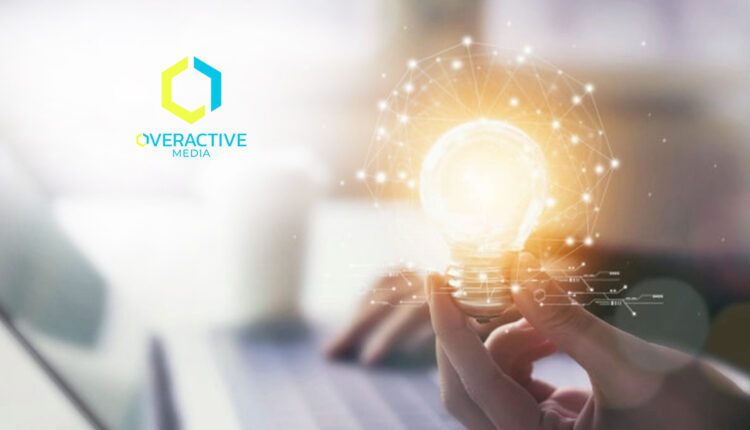 OverActive Media Corp., formerly Abigail Capital Corporation, a global esports and entertainment company, is pleased to announce that its common shares will commence trading on the TSX Venture Exchange (the “TSXV”) under the ticker symbol “OAM.”

Headquartered in Toronto, with offices in Madrid and Berlin, OverActive has five esports teams in four of the top global leagues. In under three years, the Company has raised over C$100M from a cross section of investors and established brands, professional athletes and entertainers, including early investors Bell, Westdale Properties, Ov2 Capital, The Weeknd, Mitch Marner (NHL), Phil Kessel (NHL), Carl Hagelin (NHL) and The Montreal Canadiens.

“We are building a leading 21st century sports, media and entertainment company with esports at its core,” said Chris Overholt, OverActive’s President and CEO. “Today marks an exciting and important milestone, as investors can now easily own a part of OverActive, a leader in the rapidly growing global esports and entertainment industry. I’m proud to be a part of a board and management group with a shared commitment to driving sustainable value creation for our shareholders and excitement to our fans.”

OverActive previously announced plans to build a new landmark venue, on the historic CNE grounds in Toronto, which is intended as the future home to two of its professional esports franchises (Toronto Defiant and Toronto Ultra), as well as cultural and musical programming.

The Company also announces that, subject to the approval of the TSXV, it has retained Generation IACP Inc. (“Generation”) to provide market-making services and engaged Virtus Advisory Group Inc. (“Virtus”) to provide investor relations services on the Company’s behalf.

Virtus, based in Toronto, Ontario, has been engaged to provide investor relations services to the Company. Under the agreement between the Company and Virtus (the “Virtus Agreement”), as compensation for Virtus’ services, the Company has agreed to pay a monthly cash fee of C$8,500 plus applicable taxes. Babak Pedram, principal of Virtus, owns 1,900,000 common shares of OverActive.

Komprise Honored as Silver Winner for Big Data Solutions by…

Hola Launches New Features For Its Innovative Browser To…

Kibo Cited As the Only Leader by Independent Research Firm…