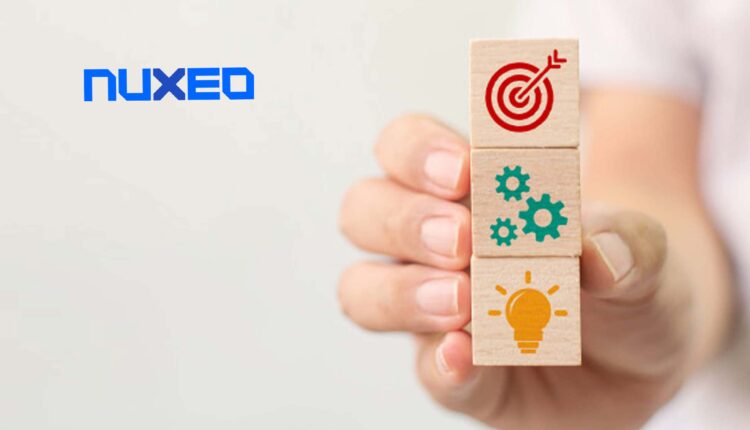 Company partners with AWS and MongoDB to develop best practices to scale its modern, cloud-native Content Services Platform to extreme volumes of content

Nuxeo, the leading cloud-native Content Services Platform (CSP), announced the company has successfully completed an eleven billion (11B) object benchmark test on Amazon Web Services (AWS). In partnership with data platform MongoDB, Nuxeo exhibited the extreme scalability and flexibility of its Nuxeo Cloud service, demonstrating how its cloud offering can effectively manage a repository with more than 10B objects while maintaining the highest levels of performance.

“This test illustrates the enormous flexibility and scalability – but certainly not the limit – of the Nuxeo Platform. Our technology can scale almost endlessly and very efficiently with MongoDB Atlas and AWS,” said Eric Barroca, CEO of Nuxeo. “Nuxeo is rapidly becoming the content backbone for large organizations around the globe as digital transformation accelerates and companies move more and more content to the cloud. Our 11-billion-object benchmark is really intended as a blueprint for our largest customers to help guide them as they scale their own repositories to 10B objects and beyond.”

This 11B-object benchmark was conducted as part of a two-phase benchmarking effort. In the first phase, the Nuxeo team scaled up a single-repository instance of their Nuxeo Cloud service  to 3B objects, demonstrating the power and scalability of the Nuxeo Platform and its underlying NoSQL database, MongoDB. In the second phase, the team then adopted a multi-repository approach which is much more reflective of the architectures that its largest customers will employ.

During each phase of the project, the Nuxeo team continuously loaded a large volume and variety of digital content (e.g. documents, PDFs, high-resolution photos and videos) into the system at a high rate of ingestion, complete with metadata and indexing. As the volume of content grew, at specified points throughout the project, the Nuxeo team then tested response times and throughput to ensure the application was running at the highest levels of performance. Throughout the project, the MongoDB team worked alongside Nuxeo, monitoring data access patterns to identify tipping points and suggest ways to improve the environment before moving to the next level. The Nuxeo team also categorized its learnings to deliver a two-phase guide to enable its customers to likewise scale their Nuxeo repositories and deliver high-performance content applications.

“This was not a highly orchestrated lab exercise,” said Nuxeo CTO, Thierry Delprat. “We wanted to push the limits and test in a real-world environment to show how the Nuxeo Platform can handle enormous volumes of content in modern applications. More importantly, we wanted to provide customers with concrete guidance and best practices for scaling the Nuxeo Platform along with other key cloud services.”

Nuxeo has operated its Cloud service on AWS for more than three years now. As a result, the Nuxeo Cloud is a proven offering which takes full advantage of AWS’ unparalleled flexibility and performance. Nuxeo also utilizes the managed database service, MongoDB Atlas. Atlas is capable of managing hundreds of metadata tags across literally billions of Nuxeo objects, storing them securely and making them easily digestible and queryable in JSON-like documents. Taken together, AWS and MongoDB Atlas are powerful complements to the Nuxeo Cloud service.

Ad-supported Disney+ Plan Now Available in the U.S. With More Than 100 Advertisers…