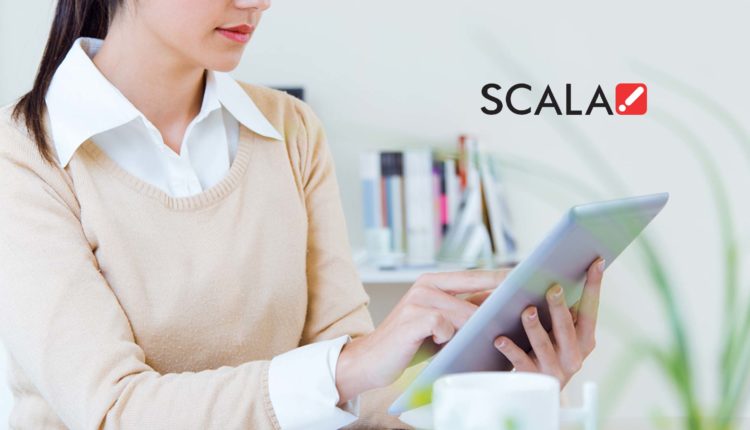 Scala announced the release of its flagship digital signage platform, Scala Enterprise version 13.00, a major release that introduces a number of highly requested features into the product. Scala, part of the STRATACACHE family of technology companies, continues to add significant investments to enhance the digital signage platform for more than 16,000 clients in stores, restaurants, transportation hubs, corporate campuses and more.

“The motivation behind the content chosen for Scala Enterprise R13.00 was two-fold.” said Rob Aita, Director of Product Management at Scala. “First, the evolution of the Windows 64-bit player engine sets the foundational stage for future innovation. Second, key operational improvements were added in the form of an integrated player-based preview function and deeper insight into the plan generation process.”

Marketing Technology News: How Marketing Teams Can Win In A Hybrid Work World

“Scala is committed to listening to our customer base and building features into our product that satisfy their needs. This release combines the introduction of highly requested new functionality, while also continuing with foundational improvements, such as the 64-bit player engine, that will allow us to innovate on the platform at a faster pace in future releases,” said Kevin Carbone, CEO of Scala.

Oracle Named a Leader and Positioned Highest for Ability to…