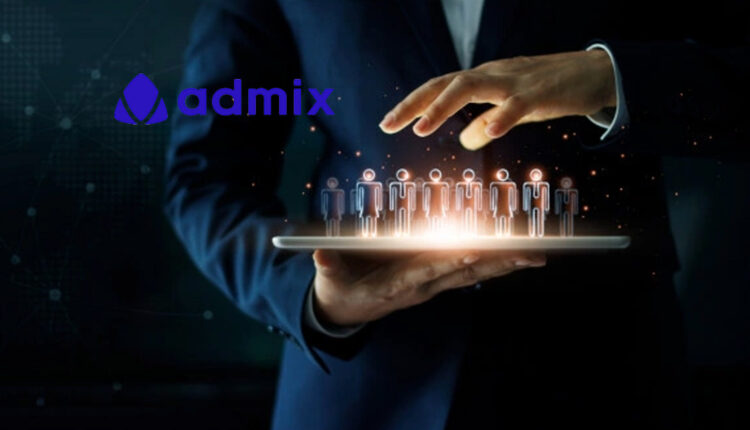 Marty Berman joins Admix as VP Sales US and LATAM

Admix, the pioneering In-Play advertising platform that bridges the gap between gaming and advertising, announces the appointment of senior advertising industry leader Marty Berman as VP of Sales for North America and LATAM.

Berman’s appointment signals the latest phase of Admix’s 2021 US growth strategy, which will see the experienced teambuilder spearhead a major talent acquisition drive across the US, with Q3 and Q4 hires planned for New York, Chicago, San Francisco and Los Angeles. The Chicago native will work closely with Michael Silberberg, Admix’s New York-based VP of Global Partnerships.

The gaming industry is at a tipping point following the change in consumer habits accelerated by Covid-19, which accelerated gaming’s mainstream cultural awareness and hypergrowth. Consumers now spend more time gaming than they do on social media, creating both an opportunity and a challenge for brands to reach the three billion active gamers globally given the intrusiveness of many gaming advertising formats. Admix’s proprietary rendering technology has been engineered from the ground up, to insert demanding ad creatives into any 3D environment.

Marty Berman, VP Sales for North America and LATAM, commented:
“I’m excited to join Admix at a time where mobile games compete with social media as a pastime. Major brands have not yet been able to leverage this tremendous scale in a meaningful way, with gaming audiences historically only available for advertisers to reach via manual activations. As demand increases exponentially to buy gaming inventory programmatically, Admix is in the lead position to deliver a solution to the Northern America and LATAM markets that solve the major barriers of scale to reach this elusive audience. Reaching the gaming audience via In-Play media will continue to grow rapidly given its non-intrusive nature and the ability to automate the process programmatically, properly target, measure and prove ROI.”

Announcing the hire, Samuel Huber, CEO at Admix, commented:
“Admix aims to provide the education and infrastructure to monetize gaming content non-intrusively via In-Play. As consumers increasingly socialize, play and shop in virtual worlds, there are unlimited opportunities for brands and publishers in this fast-growing metaverse. With an incredible depth and variety of innovative, world-class brands, agencies and games publishers, North America and LATAM are at the forefront of the gaming media channel. Marty is a critical hire who will help Admix communicate the significant benefits of In-Play advertising, and he will also be instrumental in building our boots on-the-ground team across the East Coast, West Coast and Midwest.”

Over the last year, Admix has experienced hypergrowth with an 800% revenue increase driven by unprecedented inbound and direct sales, and expects to double in size from 40 to 100 staff this year.