A New Patent That Puts Marketing Departments in Power Again 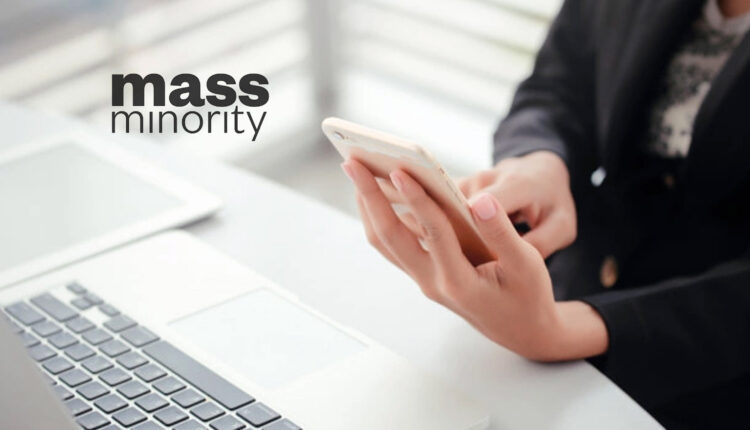 6 years ago, a few folks from the creative sector of advertising joined hands with a group of mad scientists who had never worked in marketing with one goal in mind: to make marketing a go-to department for growth again. After 6 years of being in business and self-funding the $4 million investment into the technology, MASS MINORITY™ earned its first major patent. US Patent #10,977,670 is not just a cool t-shirt, it is a technology that helps dramatically improve marketing’s dwindling performance since the bust of television and dominance of clicks.

20 years ago, the ethos was to disrupt television, stand out, and be noticed – thus being less dependent on television GRPs. Then came the digital age, and hot on the heels of that came the era of social media dominance and lower funnel efficiencies. Seemingly without notice, clicks were more important than stories and marketing lost its footing on a ship others were abandoning.

The Brand Advantage Monitor™ (BAM™) is the first technology that monitors all the paid, earned, and owned marketing investments to determine brand performance against real-time consumer behavior. And does it in comparison to your key competitors.

Marketing Technology News: Amdocs Selected By Fastweb For The Modernization Of Its Operations Support Systems

The Brand Advantage Monitor™ collects billions of data points from mainstream mass media, paid digital and social media, web, search, and consumer sentiment to give marketers everything they need to know in one simple, comparable, and actionable score. That’s right, marketers can take charge again by quantitatively seeing where they need to focus and where they can eliminate waste. BAM! Suddenly marketing departments have what they need to become profit centers again.

“We founded Mass Minority with the sole intention of creating technologies and methodologies that would make more out of marketing then the next click,” said Mass Minority CEO and Founder, Brett Channer. “We had to leave the old methodologies of marketing behind in order to see what was required and open things up with a new set of minds who brought a different lens on things.”

Mass Minority, founded in 2015, was built from the ground up as a hybrid science and creative think tank, driven to create tangible solutions for driving marketing effectiveness. It started with a simple fact: it is not about a click or about a brand narrative individually. It’s about both at the right time and place, and we had to create a technology to measure and inform both. That fact led to a simple math equation that, in turn, led to a dynamic, substantive, and complex algorithm, now a patented technology already in market and already making a difference for leading edge marketers.

In the immediate future Mass Minority will also be releasing the BAM™ app in May. The free app measures the top ten brands in the top ten categories in the USA and reports on the performance monthly. A report on Canadian brands will be coming on the app later this year. This app is for anyone in marketing or investing that wants a holistic view of their brand’s performance, or for anybody who has a particular interest in a brand or category. Later in the year Mass Minority will also be releasing the BAM™ Index. Like the S&P index does for investing, it will track marketing performance for benchmarks and major brand performance comparison.