Over 100,000 people are expected to attend the Mobile World Congress 2017, starting today at the spectacular Fira Gran Via, in Barcelona. Already one of the biggest tech events in the calendar, this years MWC promises to be another feast of mobile and digital technology, held on the usual massive scale.

Apart from the headlining flagship handset launches, this year’s conference agenda has panels dedicated to discussion of media, content, and advertising themes. Expect to see a large presence of big marketing and advertising names, and some familiar names from the martech world.

Here are five mobile tech trends that will influence the mobile marketing landscape, and gain a prominent mind-share among the leaders in the mobile and tech sectors, as they descend on the Catalan capital for MWC 2017.

The rise of voice recognition technology means that the tech world is now competing to sell voice activated experiences with each device. AI-based personal digital assistants are a huge bet for the tech behemoths, as they showcase these products at MWC 2017. Apple has Siri, Microsoft has Cortana, Amazon has Alexa, and Google has Assistant which will feature prominently as they get ready to make it available on Android devices.

We can expect to see voice activated products launched by the likes of Nokia, Sony and Samsung at the event. MWC 2017 will be a good measure of how ready we are to having Voice disrupting those crucial customer moments, for marketers. Are we ready to usher in a new era of voice activated devices which promise to eliminate buttons altogether?

Another hot-button topic of discussion will be on the future of consumer bandwidth and how the telecom industry is getting ready for 5G. With question marks still around implementation and standards, operators are still in the phase of establishing technology leadership and creating business cases for investing in 5G networks.

A few mobile operators are already claiming 5G readiness, but we may still be some years way from 5G rollout. The excitement however, is already gathering steam, because of 5G’s potential to become the first scalable, and smart network for the hyper-connected IoT world. There will be yet another surge in demand for bandwidth, with new tech like VR requiring about five times as much data.

The mobile industry is shaping its response to ad fraud, with the need for new standards and platforms for a mobile-first consumer world. We are already seeing adoption of AI and machine learning to detect fraud pattern, which will be of interest to brands and advertisers. Brand Agencies and digital media companies will also be keeping an eye on the evolution of adblocking providers, who are trying to shift their business models both for consumers and advertisers.

Header bidding, and programmatic buying will be talking points as well, with discussion centered on how these technologies should be deployed for the mobile web and in-app.

Telecom companies are recognizing opportunities offered by the growth of connected devices, and are moving quickly to IoT ready networks. Real progress has happened on the technology side, with emerging build up of scale necessary for IoT products and services. Vendors are already rolling out connected car and connected home ecosystems for enabling things like safety monitoring and smart grids.

But a lot of discussion for marketing tech folks will center around how to use the data collected by these devices.

Future of the Smartphone

Samsung cancelled its annual Galaxy launch and Apple does not present at the MWC, thus ceding space for another player to take center stage. Nokia (with the resurrected 3310 model), and Blackberry will be hoping to create an impact and cash in on their brand recall.

Amidst a slowdown in smartphone growth, this years overall theme is aptly titled “The Next Element,” as industry leaders strive to search for the next big thing.

The likes of Google, Apple, and Samsung are all searching for strategies to dominate the next phase in the evolution of the smartphone. While AI and chat bots will attract the major industry focus, many consumers will be watching out for the latest VR/AR products on show.

Overall, MWC 2017 promises to be an exciting showcase of the latest technology battlegrounds for the future mobile customer, as we move to towards a more connected society. 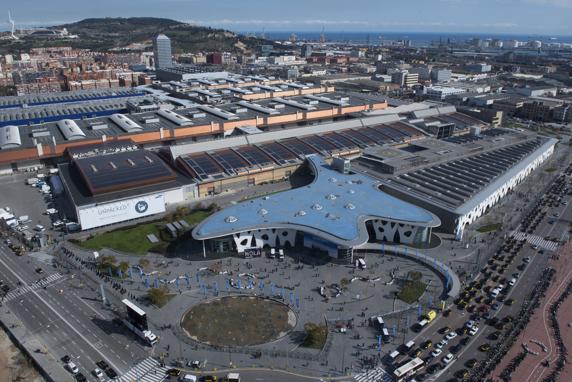