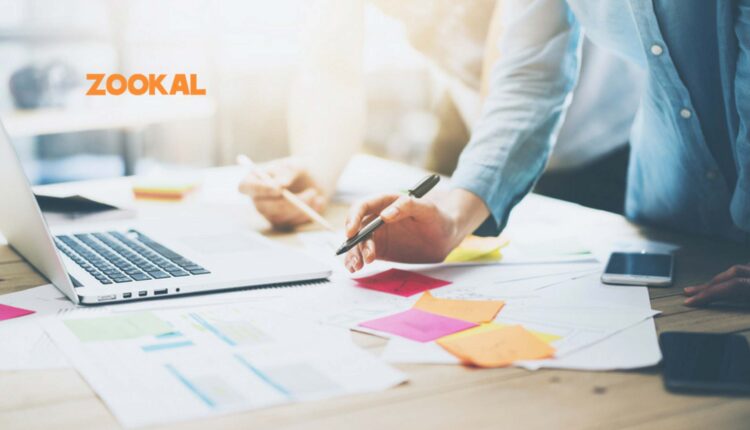 One of Asia’s fastest growing Ed Tech Retailers, Zookal, has successfully revamped its entire ecommerce operation in just 50 days, as it gears up for the back to school season.

Oz-based Zookal provides textbooks and edutech services to over 1 million customers across Asia Pacific. The firm has opted for the dual power of Brightpearl and Shopify Plus to rocket strap its expansion plans and its mission to empower students by making education more affordable and accessible.

With college about to be back in session from July, it was urgent that Zookal had the right technology partner in place to maximize its peak season. The brand had a two-month window before students would be back on campus so it was urgent that their chosen provider could get them online quickly. Zookal considered single solution providers like Cin7, DEAR Systems and TradeGecko, but it was Brightpearl’s all-in-one retail functionality, ability to scale and stellar track record of super-fast implementation that won out.

With Brightpearl, the brand was able to get online in just 50 days, which dovetailed perfectly with the launch of its Shopify Plus powered ecommerce store – meaning that Zookal was primed for peak season as students returned seeking new educational materials.

Zookal was born in 2011 from the creative minds of a small group of Sydney students. After personally experiencing the stress of buying expensive course textbooks, its founders decided to come up with a better option to make education more affordable and accessible in Australia and Asia.

To support its next stage of growth, Zookal now has access to Brightpearl’s large suite of integrations and EDI systems, alongside reliable and centralized data. The brand will also benefit from Brightpearl’s all-in-one digital operations platform that provides total visibility and control over stock levels, order management, fulfilment and financials, alongside streamlined warehouse management. To complete the revamp, the firm’s online store has been built on Shopify Plus’ flexible ecommerce platform, ensuring more customers than ever can reach their full potential.

“We are very excited to be working with Brightpearl and Shopify Plus and entrusting them with the future of our company’s growth plans”, says Ahmed Haider, CEO and co-founder of Zookal. “We wanted a partner that was agile and quick to implement but still had the complexity of a growing business of our nature. Brightpearl was the perfect pick, and the staff worked with our team to ensure a seamless transition. Since implementation we have seen a significant rise in sales and hit one of our biggest months of the year all with seamless handling and efficiency on the backend.”

SVP Customer Success at Brightpearl, Justin Press, says: “Attempting to go live with new technology partners one week before your peak season might put off some businesses, but Zookal didn’t break a sweat because they trusted Brightpearl’s record for lightning quick implementation. Our friends at Shopify Plus always say you don’t need a thousand days to install software, and we agree. Brightpearl’s out-of-the-box integrations means that Zookal are ready to plug, play and distribute their product.- and all before the back-to-school season.”

Already one of the fastest growing Ed-Tech startups in Asia Pacific, and now with the one-two punch combination of Brightpearl and Shopify Plus powering its ecommerce operations, Zookal seems set to remain top of the class.

Press adds: “Zookal now has a solution that is agile enough to react to unpredictable demand fluctuations in these uncertain times and can scale with the brand as it looks to connect more students to the educational resources they need to succeed. We’re delighted to be powering Zookal during its next stage of its growth.”