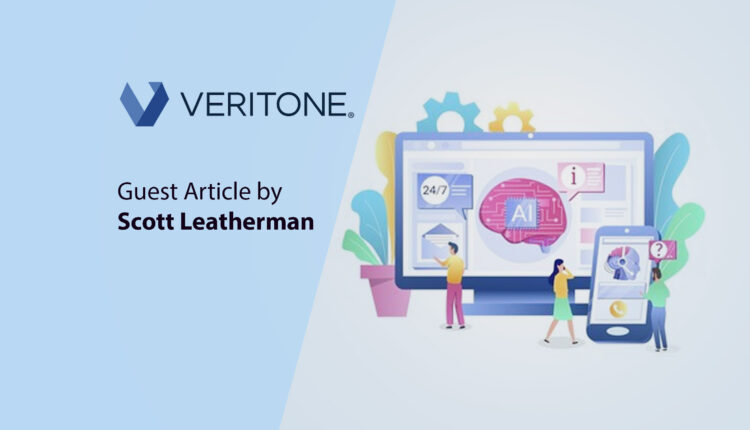 In an increasingly video/audio world, some are left out of the conversation. The excluded can include those who are hard of hearing, visually limited, and more. In fact, according to the CDC, 26% (about 60 million adults within the US) are living with a disability. We are on the brink of change to democratize humans and communications.

As reference, Moore’s Law has been the basis for the democratization of technology through improved computing power and lower costs. Moore’s Law is an observation named after Intel co-founder Gordon Moore that the number of transistors on a microchip doubles every two years, though the cost of computers is halved. Moore’s Law expects that the speed and capability of computers will increase as they cost less. Moore’s Law also asserts that this growth is exponential.

Moore’s Law can explain the democratization of technology. For example, only big companies had broadband access in the 90s, the Neanderthal days of broadband access. Today, it is ubiquitous as almost anyone can afford to stream videos on any device, anywhere. In addition, small companies have equal access to software technology like CRM platforms or data analytics to drive sales and manage their business.

With the rapid advancement of AI, it is a pivotal time where the application of AI technology promises to democratize humans. Those with autism can integrate and connect better with society. The visually impaired can navigate the world, education, and careers better. Those who are hard of hearing or hard of hearing are gaining equal speed and access to information. And the voiceless can have a unique voice.

Stephen Hawking’s voice is a well-known starting point for AI voice. Hawking’s AI voice matured and developed when he met Intel co-founder Gordon Moore. By the time they met in 1997, Hawking had already had his slightly robotic voice that became his trademark. Through work guided by Intel, continuous computing enabled Hawking to communicate quickly and with precision using predictive speech that Intel developed.

Today, we could leverage Hawking’s original human voice recordings if we had his permission. AI technology would model his voice, creating a hyper-realistic synthetic voice to enable him to communicate with his authentic human voice. If we had the technology when he died in 2018, his books and writings could be listened to for decades with his synthetic voice model. Today’s voice AI technology could translate his audiobooks in his voice into 80+ languages.

Beyond voice, AI assists students with autism and dyslexia and addresses accessibility for those who are blind or hard of hearing. “Social robots” now interact with children with autism to help them with social skills.

AI helps hard-of-hearing students. As reported in 2018, approximately 10% of students are hard of hearing of the total 15,000 undergraduates at the Rochester Institute of Technology. Almost half of those students with hearing loss take courses with students who are hearing.

In a biology class, an American Sign Language (ASL) interpreter converted the professor’s spoken words into American Sign Language. But this class also includes real-time captions of the professor’s lecture captions by AI-powered communication technology. The professor wears a headset, and the system converts plain-spoken language — including ums and stutters – into fluent, punctuated text. The hard-of-hearing students can read this cleaned-up and punctuated text scrolling across the bottom of a PowerPoint presentation displayed on wall-to-wall screens behind the professor. It is an ideal tool to access spoken language in addition to ASL.

We are not far from photo-realistic avatars being able to use ASL to sign in real-time for the hard of hearing. In 2020, avatars using ASL were demonstrated at the 2020 STEM FOR ALL VIDEO SHOWCASE Learning from Research and Practice. Eventually, these avatars will be so good that lip movement will enable those who like to read lips as part of their communication process.

Glasses with the power of AI are helping those with no or low vision see better. Smart Glasses from Envision uses AI to translate information to the user verbally. This wearable tech can read documents aloud, identify acquaintances, find missing items, and guide the wearer using public transportation.

AI processing unstructured data is helping companies with visual descriptions in movies and tv and localizing podcasts and broadcasts into 80 plus languages, opening information and global markets in near-real time.

Artificial intelligence (AI) is now mined to provide bi-directional translation, enabling deaf, hard-of-hearing, and hearing persons to communicate freely. The technology, Omnibridge, in essence, is acting as a real-time interpreter.

The democratization of humans puts the hard of hearing, the limited sight, the autistic, and others on the same playing field. If we think about Hawking and his robotic voice – it enabled his thoughts and ideas from his extraordinary mind to be shared with the world. Most of his discoveries exceed the intellectual capabilities of mere mortals.

Some of Hawking’s accomplishments included:

While none of us are as extraordinary as Hawking, the world has silenced brilliant people – muted through no fault of their own. Tapping into the possibilities of all human minds with AI is now a possibility. Opening new channels that level the playing field in communications opens the world for marketers to connect with all people where they can be on the three-way street of communication.

How powerful. How democratic.

Marketing Technology News: Bad Reviews Aren’t Personal—They’re Data. Here’s How to Use Them

Scott Leatherman is an award-winning full-stack marketing executive with 20+ years of leadership and business management experience. He is Chief Marketing Officer at Veritone, a leader in enterprise AI software, services, and applications. As a marketing technologist, Scott acutely understands the strengths and weaknesses of tech within the marketing stack, synthetic content, and web3.

Deepdub Continues Global Expansion With the Appointment of…