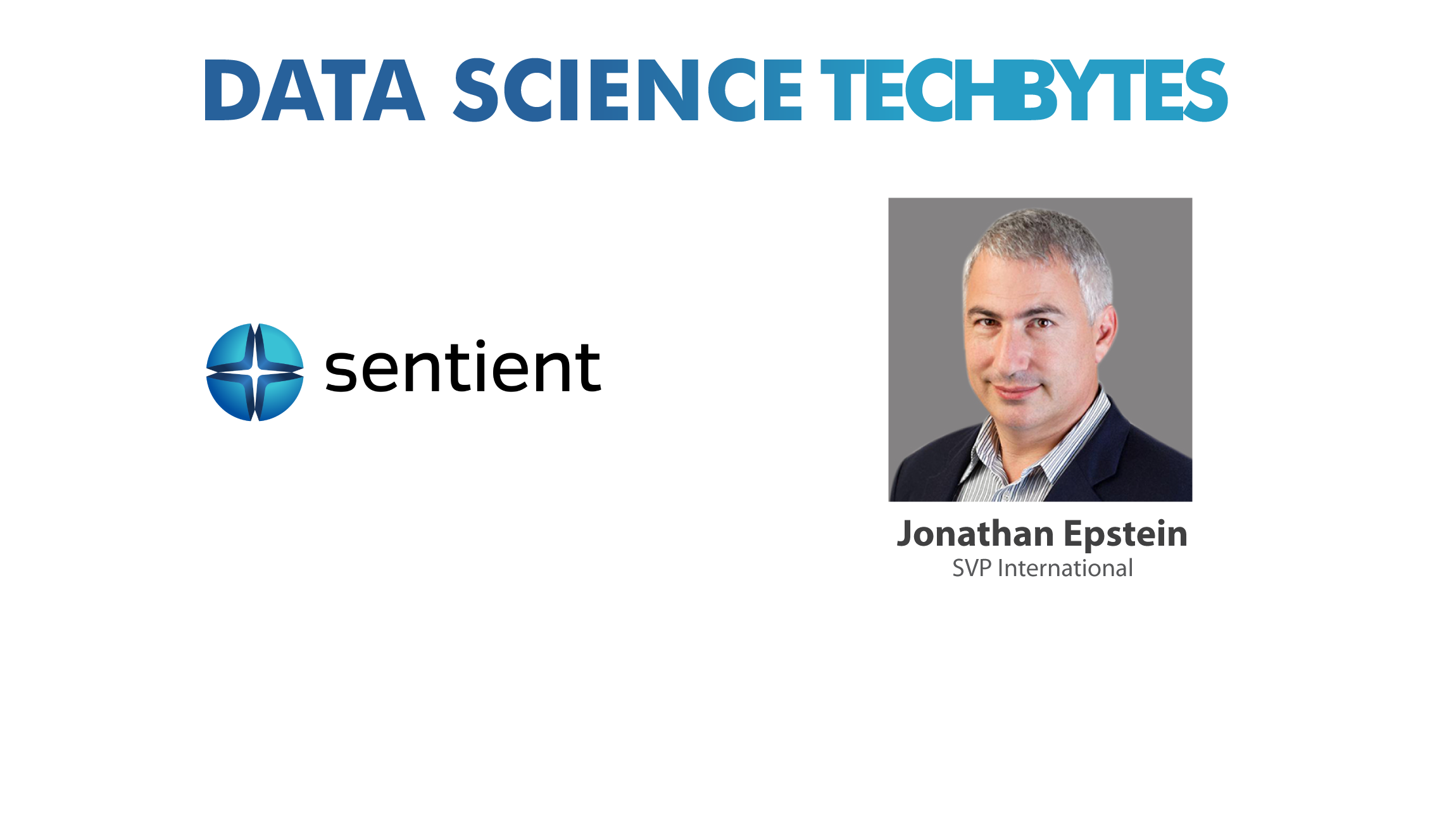 MTS: Tell us about your role at Sentient and how you got here?

My path to Sentient was non-traditional. Most of my career I worked in senior executive roles (CEO, president, EVP) for digital media and technology companies, but I took a few years off from management to work as an executive recruiter. Sentient was one of my clients, and I placed three of their top executives. Ultimately, they liked the way I positioned and represented the company well enough they brought me in as CMO.

Earlier this year, when we organized into business units to allow for greater product focus, my love of the Ascend product combined with my desire to get back to a global role made me a natural for this new posting.

MTS: Given the changing dynamic of online engagement with customers, how do you see Sentient ASCEND and AWARE redefining personalization?

Artificial intelligence is changing all that, though, and for the first time allows for the true individualization of experiences based on the characteristics of the viewer. Sentient Aware is redefining visual personalization – matching products with shoppers based on their personal sense of style – in a way that requires absolutely no information about the user or other metadata (although it can incorporate these inputs also). Sentient Aware’s in-the-moment personalization – helping shoppers find the products that match their desires and sense of style and mission for that shopping session – has shown dramatic increases in conversions, average order value, and catalog exposure. Why? The shoppers are pulling products towards themselves, instead of being pushed the products the merchants want them to see.

Where Sentient Aware personalizes merchandising, product discovery, and product recommendations – the “what to show” – Sentient Ascend delivers optimized page and site designs – the “how to show” – that deliver increased conversion rates. Ascend’s AI allows marketers to test dozens of changes all at once (instead of one at a time) and solves for the best designs that best achieve a given goal, such as increasing conversion rate. The current version of Ascend allows for optimization of tightly defined customer segments; the next version of Ascend will incorporate the AI technology of neuroevolution and will deliver personalized optimized designs for each and every visitor to your site.

Jonathan Epstein: Sentient Ascend derives its authority from its effectiveness!  The optimization of website designs is a combination of both art and science, and what specific headlines, or layouts, or images, or copy will work best to achieve the goals of your business can be difficult for us humans to figure out – on average, only one out of 6 A/B tests produces a winning result.

Since Ascend allows for the simultaneous testing of dozens of your ideas at once, though, the chances that you have one or more winning design or copy changes gets close to 100 percent. Ascend’s evolutionary algorithms then identify which are the winning changes, cull the bad changes, and then solve for what combination of all of the changes delivers the best result.

The evolutionary approach is able to use customer signals much for efficiently than A/B and standard multivariate testing approaches, allowing marketers to test many more ideas on the same traffic as they’d normally use for one A/B test.

While we can’t guarantee every test will be a winner, since we launched Ascend in September, every one of our clients has experienced positive gains, usually in double digits. And, because Ascend tests much faster than other systems, it’s being used for both website optimization and also campaign landing page optimization, even for short one-month campaigns.

MTS: Would you provide us a sneak preview into dashboard analytics/reporting provided by Sentient ASCEND?

Jonathan Epstein: Ascend’s reporting is focused on helping marketers understand the results of their current optimization experiments, to identify the winning designs that should be implemented, and to provide insights on which design/layout/copy changes worked and which didn’t, and how well they worked.

The next version of Ascend will incorporate auto-segmentation capabilities which allow for truly personalized optimization (or optimized personalization, depending on how you want to look at it). With this release, our reporting will work to show what specific signals (e.g., device, browser, registration info, ad group, etc.) are the key segmentation variables, and the strength of each signal vs. others in determining the ultimate design. In terms of sneak peeks, we’re a little ways out from being able to show these new reports – but look forward to doing so!

In short, our goal is to produce the ideal reporting and visualization to help marketers optimize the design and functional presentations of their websites and other digital touchpoints, across all user segments.

Whether or not there will be a unified, singular definition of a customer is a subject for debate. In addition to our own reporting and visualizations, we also focus on integrating with leading user analytics systems, such as Google Analytics and Adobe’s analytics, systems which often serve as a central repository and connecting point for disparate data streams, including our own.

MTS: With the recent changes in data privacy policies, how do you see advanced visitor identification and tracking platforms delivering personalization?

Jonathan Epstein: One of the great advantages of well-crafted AI systems is that they can leverage signals far more effectively, and work with weaker signals, than traditional algorithmic personalization systems do.

Both Sentient Aware and Sentient Ascend can operate knowing absolutely nothing about the user. No metadata is required for Aware to deliver personalized product discovery or for Ascend to provide accelerated optimization.

As such, marketers have the choice to operate the systems anonymously and to still receive the massive benefits that come from such AI-driven personalization and optimization.

That said, both Aware and Ascend can incorporate personal data, should the marketer or merchant wish to provide such data to the systems, whether that’s from the user’s registration profile, third-party systems, or anywhere else. This data can be used to hone merchandising further, or to develop optimized designs for specific audience segments based on the data. In these cases, the marketer remains fully in control and provided that they have secured the proper authorizations from their users (which, in our experience, every single customer so far has) then deploying Ascend or Aware is essentially transparent to the experience.

MTS: Thanks for chatting with us, Jonathan.
Stay tuned for more insights on marketing technologies. To participate in our Tech Bytes program, email us at news@martechseries-67ee47.ingress-bonde.easywp.com

Interview with Elle Woulfe, VP of Marketing at LookBookHQ